Staff and students are fighting for the survival of Rio de Janeiro’s historic school of design. ESDI’s Zoy Anastassakis and Marcos Martins explain why 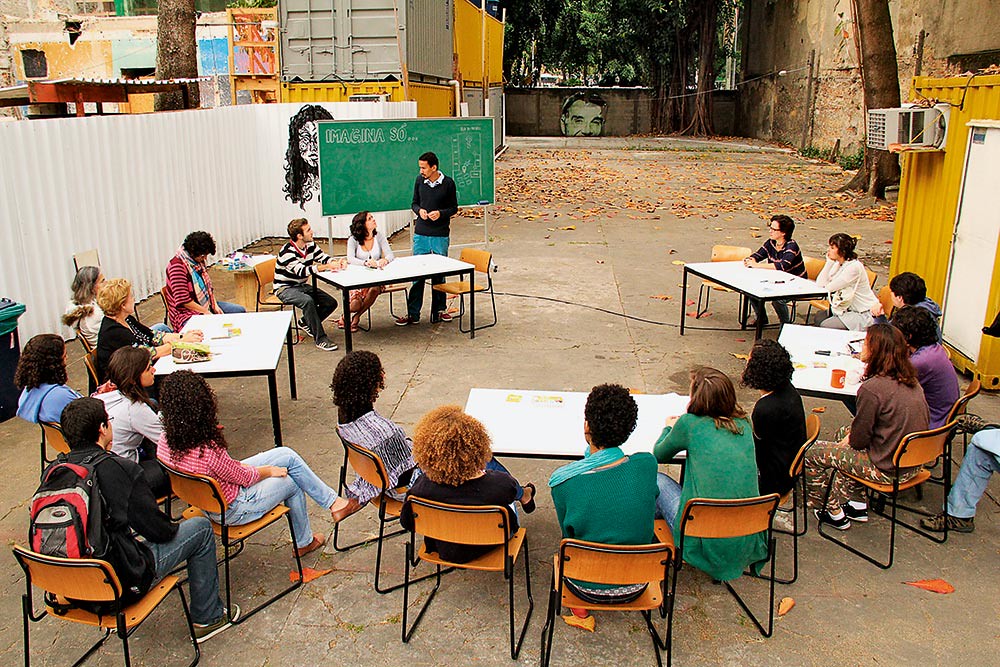 The first school in Latin America to offer a design degree is under threat due to a severe budgetary crisis and the neglect of public higher education in Brazil.

This crisis has both political and economic causes. The shift in power that followed the 2016 impeachment of President Dilma Roussef intensified the country’s political instability. Brazil’s institutions have also been under threat as a result of a series of corruption scandals. A downturn caused by the fall in oil prices has hit the state of Rio de Janeiro particularly hard as it derives a large proportion of its revenue from royalties from its oil reserves.

If this wasn’t enough, the former governor of Rio de Janeiro, Sérgio Cabral, left a legacy of mismanaged assets and a severe budget deficit in place. He is now in jail on charges of misappropriating public funds, corruption and money laundering. The current state government is continuing in the same vein, offering tax incentives to large corporations and thereby shrinking the state’s tax revenue even further. Some public servants (judges and public security workers) still receive their salaries on time, but paying university staff and pensioners is a low priority.

At the Rio de Janeiro State University (UERJ), to which Escola Superior de Desenho Industrial (ESDI) belongs, successive delays in the transfer of funds from the state government to the university have become the norm. Since 2016, students, technicians and teachers have received their scholarships and salaries late and funds for maintaining the university infrastructure are paid on an erratic stop-start basis. The government frequently fails to adhere to payment forecasts and worse, it often fails to disclose payment schedules. It beggars belief that the future of Latin America’s oldest school of design should be jeopardised in such an abrupt and brutal manner.

ESDI was founded in 1962, following intense efforts by individuals and institutions to place the state of Rio de Janeiro at the forefront of Brazilian industrial progress. ESDI admitted its first students on a campus located in Rio de Janeiro’s historic city centre in 1963. The curriculum for the design degree was based on the model developed at the Hochschule für Gestaltung in Ulm, founded in 1950s Germany, which was inspired by Bauhaus ideals from the perspective of a postwar industrial society.

Since its inception, ESDI has been regarded as an important benchmark for design education within Brazil and abroad. Today, the school offers undergraduate and postgraduate courses in design as well as undergraduate degrees in architecture and urbanism. It has 40 mainly full time teaching and research staff, the majority of whom have PhDs. Currently it has 450 students on its books, 45 per cent of whom were recruited through a system of ‘reserved places’, with a quota of twenty per cent for black and indigenous students; twenty per cent for students from the state school system; and five per cent for persons with disabilities and children of public safety officers who have been killed or disabled in the line of duty.

With the arrival of these students in 2003, ESDI’s founding principles of freedom, creativity and the defence of citizenship, were reaffirmed and redefined. When poor, black students, some of them from favelas (and often the first in their families to study for a degree), encounter early twentieth-century utopian ideals, this expands the boundaries of established practice and definitions in the sphere of design education.

These sociocultural shifts do not just transform ESDI, but UERJ was a whole, which was the first university to implement an affirmative action programme in Brazil. Despite some claims that affirmative action might lower the overall quality of education, UERJ is still considered to be the eighth best Brazilian university, where some 35,000 people work, study and provide services to a wider public. It undertakes research and offers short courses in a variety of subjects. Its human assets and the democratic space it provides for the pursuit of knowledge are being undermined through the indifference of a government that does not view free public education as a vital element in the future of the country.

At ESDI, the crisis has mobilised current and former students, professors and volunteers to fight for the school’s survival. Earlier in 2017, this movement was named ‘Open ESDI’ at an event to launch a new website and school entrance. Addressing the event, Professor Pedro Luiz Pereira de Souza, a key figure in the school’s history, said: ‘A few months ago we held an important meeting to defend the school which was attended by representatives from all the generations who have studied here. Although conservative and retrograde thinking insists on demonising public, secular, free-thinking and free-of-charge education, we shall resist. This will pass, and our ideas shall prevail.’

Despite enduring institutional and financial insecurity, the school has managed to stay open thanks to the tireless efforts of its professors and students, who are working together to run it while trying to find alternative strategies to survive the crisis. These include: a community garden for developing organic products and materials; a graphic design laboratory with shared spaces, equipment and production; open courses with free places reserved for 50 per cent of the students; free all-day classes; and workshops on topics chosen in collaboration with the students.

The unpredictability caused by the crisis challenges us to give immediate responses to everyday problems. It prompts us to be creative and to improvise. Management problems are design problems in the sense that we have to design solutions. But the current emergency does not allow us to engage in the full design process. The need to come up with a new blueprint for each day is fundamentally changing the temporal focus that underpins the practice of design; now more than anything else we need to respond to the present moment.

The smoke signals generated by ESDI’s crisis not only demonstrate our resistance and efforts to survive, but act as a signal that profound transformations are taking place within education that are yet to be fully revealed. 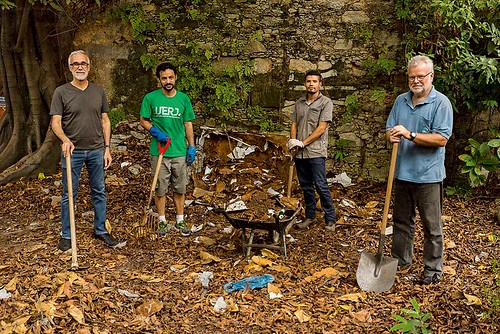