House of Illustration until 25 March 2018 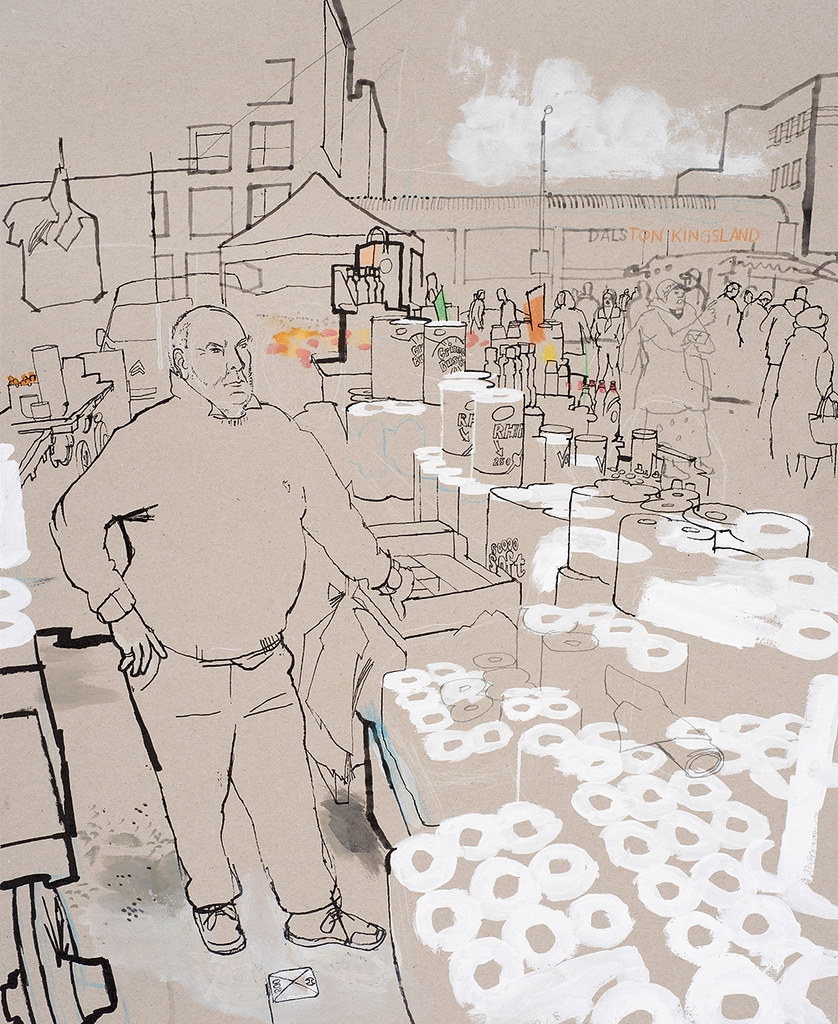 Lucinda Rogers is a British reportage illustrator whose career has become intertwined with activism, working on campaigns to save parts of London from the greed of urban developers in places such as Spitalfields and Vittoria Wharf, Hackney Wick. She found that ‘drawing could help explain a complex situation … or is simply another way to give people context.’

In ‘Lucinda Rogers: On Gentrification’, an exhibition that continues at London’s House of Illustration until 25 March 2018, Rogers focuses on East London’s thriving Ridley Road Market. The market, more than 200 years old, is now overshadowed by a new block of ‘luxury’ flats, another subject for her carefully constructed, empathetic pictures, all of which were drawn on location.