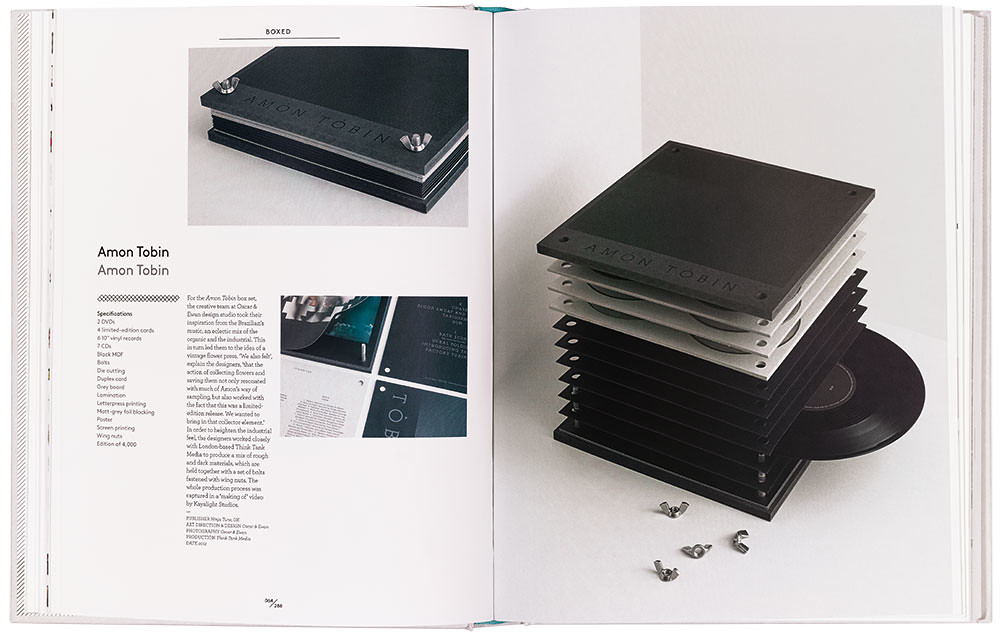 The move to digital music and the growth of e-books have transformed both the music and publishing industries, driving down prices and sales of physical products. In this environment, both industries have had to find ways to get customers to part with cash and fill the gap in income they’ve felt since the passing of the easy times they enjoyed up to the mid-1990s. Stuart Tolley’s Collector’s Edition: Innovative Packaging and Graphics (Thames & Hudson, £29.95) tells the story of the creativity that this quest has fuelled.

It’s a happy story. Back in the day, record labels could charge £15.99 for a Craig David CD. Today, thankfully, they can’t pull this kind of stunt. A premium price demands premium product and packaging. As a result, record companies and publishers have increasingly worked closely with artists, creators and craftspeople to make things people will love, play with and cherish. Tolley’s book is a tribute to the most outrageous and ambitious box sets, special, deluxe, and limited-edition packaging for music and books, created to satisfy our tactile desires.

Collector’s Edition is organised into four sections: ‘Boxed’, ‘Multiples’, ‘Hand’ and ‘Extras’. ‘Boxed’ is the outstanding section, showcasing some bizarre and beautiful ways of getting between fresh air and contents – notably the Swedish indie pop combo Shout Out Loud’s kit for your very own playable ice disc (just pour the supplied vial of distilled water into the silicon mould, freeze, and hey presto!), and US musician Kishi Bashi’s elegantly understated triptych of 7-inch singles in a wooden frame – maybe closer to a piece of furniture than a record sleeve.

The photographer Alec Soth, in a preface to the ‘Multiples’ section, draws a parallel between music and publishing: ‘I think what’s happening in publishing is analogous to what happened in music. In most cases you’ll have the equivalent of the download … but there will continue to be a market for the equivalent of vinyl: well printed, well crafted books that have the mark of the author.’ Stanley Donwood (see Eye 57), a long-time Radiohead collaborator, demonstrates how desperate artists themselves were to see the old era end: ‘I fucking hate CDs … Those clattery boxes, those jewel cases they come in and the middle bit that always breaks.’

Interviews with Dinos Chapman, The Vinyl Factory, Fuel, The Flaming Lips, Irma Boom and Stefan Sagmeister offer varied perspectives on high-end crafted design, the close relationship between artists of the work and artists of the package, and the opportunities that the birth of a new digital age have created for both industries.

The range of work is vast: from Penguin’s collection of classic literature, each featuring a drop cap custom-designed by Jessica Hische, to a plastic bag containing the pulverised remains of the disc Heroes and Zeroes by the Dutch band Woody & Paul and Amon Tobin’s ‘flower press’.

What many of the works share is a need to reclaim an idea of integrity, perceived to have been broken by a move from ‘real’ to digital. Bjork’s Biophilia (ten tuning forks, lenticular panel, thread sewing, oh, and a CD, see Eye 81) even contains a certificate of authenticity – a dramatic touch that has more to do with the idea of an ‘authentic interaction’ between artist and fan that a well crafted box can evoke than with a desire to stop counterfeits being sold at car boot sales.

In this inch-and-a-half thick book Tolley covers more than 180 examples, with nearly 500 photographs documented and indexed with the care and precision of an obsessive fan. Want to know which collector’s edition uses saddle stitching? Under Consideration’s C. U. Quarterly. Whose book is shredded, mixed with water and cement and set in an oak frame? That is the US artist Oscar Tuazon’s deliberately unreadable I Can’t See. If you’re less compulsive, you might be left cold. I found myself whisked into an arcane world of craft, scuttling to a search engine to find out what giclée prints and Solander boxes are. 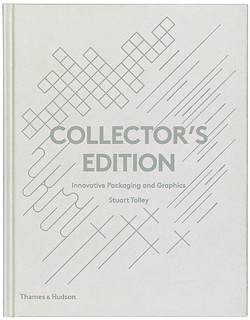