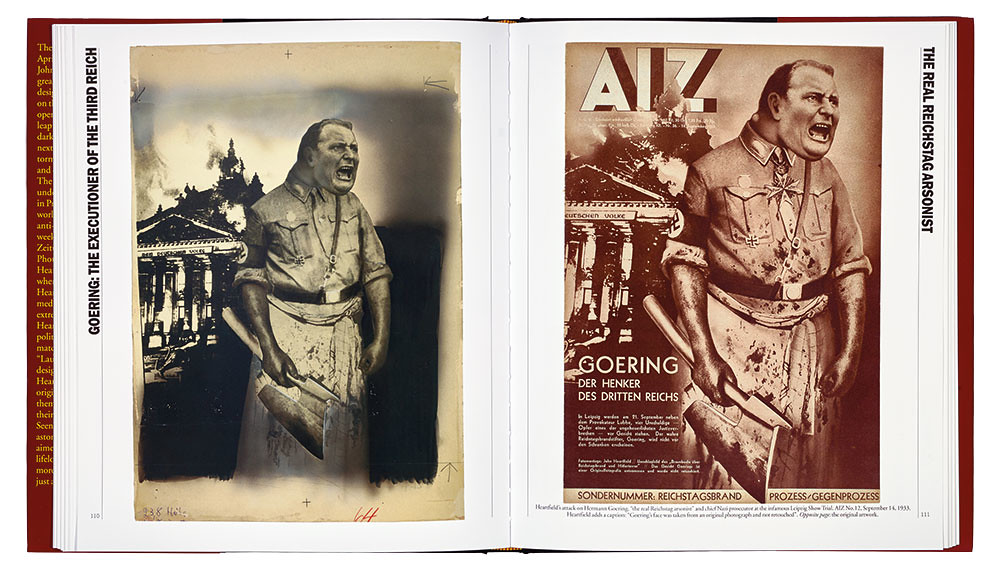 John Heartfield: Laughter is a Devastating Weapon (David King and Ernst Volland, Tate Publishing, £29.99 / $50) is presented by King in a breathless manner similar to that of his 1997 classic The Commissar Vanishes, republished by Tate in 2014 in a new paperback edition. There’s hardly a square centimetre of white space – King’s art direction makes the pictures as big as possible and runs the text, co-written with artist and satirist Ernst Volland, into two columns punctuated by inky section titles and squashed, vertical running heads. Heartfield’s story is familiar to designers, but always worth retelling. Smaller pictures crammed into the layout add historical and biographical context. We see a few pictures from Heartfield’s extraordinary early years – when his parents abandoned him and three siblings in a forest. There are his three wives, his children, snapshots, portraits and glimpses of collaborators such as George Grosz, Heartfield’s brother Wieland Hertzfelde and other members of the Berlin Dada movement including Hannah Höch and Raoul Hausmann.
Especially thrilling is the way King shows original photographs and marked-up artwork alongside the printed items, such as the famous ‘5 Finger hat die Hand’ [‘The Hand has five Fingers’] poster of 1928. In some instances we see censored and uncensored versions of book covers together. In Erotik und Spionage in der Etappe Gent (1928), Heartfield censors himself by adding a leering, scissors-wielding official to his original design. The examples, beautifully scanned and reproduced, come from the Akademie der Künste Berlin and the David King Collection at Tate Modern. 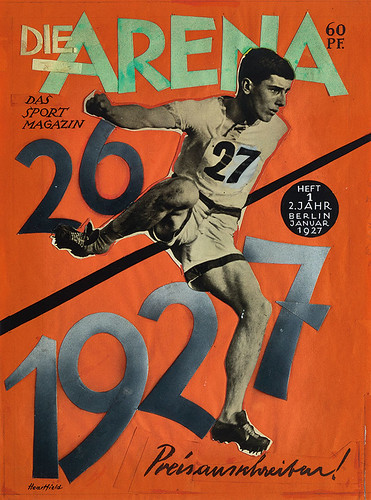 On this evidence, Heartfield’s early work as a book designer alone would have guaranteed him a place in design history. Early examples in this book demonstrate how far ahead of his time he was, with exuberant, punchy designs that anticipate everyone from Studio Boggeri to Warhol. But his design legacy cannot be separated from the political intent of his satirical covers for AIZ, Arbeiter-Illustrierte-Zeitung [Workers’ Illustrated Newspaper], which reached a circulation of 500,000 in Berlin before being forced into exile in Prague in May 1933.

AIZ covers such as 16 Oct 1932, showing Hitler being funded by a sinister capitalist, 10 May 1933, ‘Durch Licht zur Nacht’ [From Light to Night], 31 August 1933 (pouring scorn on pro-Nazi academics) and 31 May 1934 (with a man broken on a swastika) demonstrate how his visual and technical mastery delivered powerful political arguments to his readers, using humour and ridicule – the ‘devastating weapon’ of the book’s title – alongside a deep understanding. 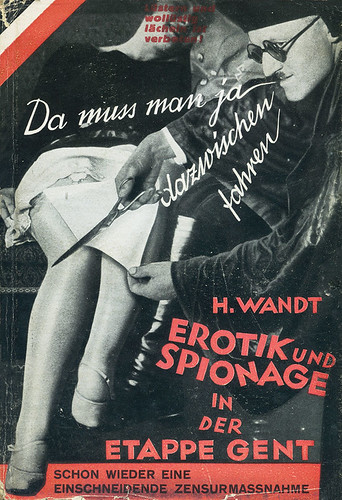 The book also covers Heartfield’s later life, when he was interned for six weeks as an enemy alien in England, his love of pets and the relatively peaceful final years with his third wife Gertrude (Tutti), who spent fifteen years after Heartfield’s death in 1968 collecting examples of his work. Two appendices include transcripts of the British Secret Intelligence Service’s surveillance records and a 1950 interrogation carried out when he returned to East Germany. A new display of Heartfield’s work will open at London’s Tate Modern this year.

Cover from John Heartfield: Laughter is a Devastating Weapon by David King and Ernst Volland. Cover shows artwork for cover of AIZ no. 42, 1932. 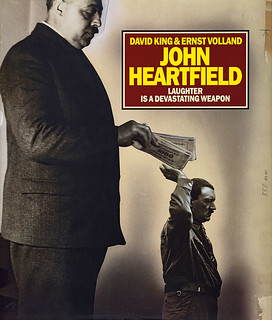 Eye is the world’s most beautiful and collectable graphic design journal, published for professional designers, students and anyone interested in critical, informed writing about graphic design and visual culture. It is available from all good design bookshops and online at the Eye shop, where you can buy subscriptions, back issues and single copies of the latest issue.You can see what Eye 91 looks like at Eye before You Buy on Vimeo.