The eye of the curator 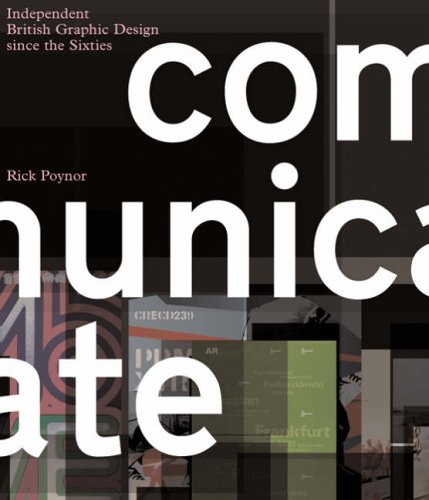 To a young, typographically inclined Dutchman growing up in the 1960s and 1970s, British graphic design was a continuous source of delight. British design came to us mostly in the form of Penguin and Methuen book jackets and through dozens of unforgettable album covers, such as Peter Blake and Jann Haworth’s seminal sleeve for the Beatles’ Sgt. Pepper’s album and Robert Brownjohn’s explosive visuals for Let it Bleed. In the 1970s, work by Hipgnosis for acts such as 10cc, Brand X, Yes (post-Roger Dean) and Pink Floyd became personal favourites. The enigmatic graphics of Hipgnosis collaborators Colin Elgie and George Hardie, as well as Storm Thorgerson’s concepts and photography, were eye-openers. They helped show how graphic form and style can be used to suggest meaning rather than spelling it out, and to comment on (or add to) a product’s content rather than just selling it. In this respect, new wave designers such as Barney Bubbles, Malcolm Garrett and Vaughan Oliver, instead of breaking with the previous generation, simply did the same with different means.

So how did I (as a relative outsider with Dutch roots) experience ‘Communicate’, the first comprehensive overview of independent British graphic design since the 1960s? The exhibition and book – curated and edited by Rick Poynor – are both unmissable and fascinating insights into an exciting period in cultural history. Yet they are also full of missed opportunities.

Exhibitions of graphic design are difficult. Posters do OK: they are the paintings of graphic design. But how about brochures, books, magazines and the like? Displaying a single cover or one double-page spread is reductive and manipulative, and suggests that the eye of the curator is the ideal filter. Graphic objects are made to be touched and browsed, even smelled. So, as long as enough copies are available, the public at an exhibition should be allowed to touch and browse a selection.

So the Communicate book is more satisfactory than the exhibition, for these and similar reasons. Poynor’s introductory text, together with the specialist essays in the back of the catalogue, give a clear overview of the circumstances, motives and working relationships which led to the creation of so much strong work. And a series of short interviews with designers gives some insight into individual influences, reflections and methods. In our age of near-perfect colour reproduction, an exhibition built around the same visual material as in a book, but without the textual information, risks being secondary to the book, instead of the other way around. This is true here, despite the inclusion of moving images and websites in the exhibition.

Like its catalogue, the exhibition was arranged according to genre. This works well in the book because all the work is in one place anyway, and there is an index. In a large exhibition, though, pieces by one designer or studio may end up in different sections, and the viewer can miss the connection. The exhibition text was virtually limited to short notes for each section, identical to that in the handout. What emerged was a display of largely unconnected products, great pieces of work presented in a sophisticated, clean, architectural setting, but a little lost nonetheless. A case in point was the ground-breaking FUSE series, a typographic magazine edited by Neville Brody, Jon Wozencroft and John Critchley and issued by FontShop, represented here by the cardboard packaging, a few of the posters and a floppy disk shown behind plexiglass. FUSE was in ‘Self-Initiated Projects’, while Brody’s work for the music industry was about 40 yards away, and his magazine designs were in yet another place. This wasn’t a problem for savvy viewers, but for the less experienced visitors it had the effect of turning the exhibition into a labyrinth.

The handout promoting the exhibition stated: ‘Think of any iconic image, your favourite album cover, book or magazine and the chances are it will feature in this exhibition.’ Such an ambitious claim is bound to backfire when tested against individual tastes. I missed the Small Faces’ Ogdens’ Nut Gone Flake circular album sleeve and I haven’t learnt anything about my 1970s Hipgnosis heroes. But such details are not something to moan over when a landmark overview is presented.

What is more worrying is that an entire strand of graphic design has been overlooked: the kind of typographic work that sets out to explore and enhance the role of new yet tradition-based letterforms in communication. ‘Communicate’ focuses almost exclusively on what one might call ‘avant-garde’ or ‘cutting-edge’ design. Through Poynor’s eye, the development of graphic communication in the UK since 1960 has turned into one inevitable, steadily unfolding story of innovative ideas and images, building upon each other.

The fact that the design institutions (i.e. both the advertising industry and the large corporate design groups, such as F. H. K. Henrion) were omitted was a conscious and defendable choice. More problematic is the lack of interest in contemporary type design, and the typographic work directly connected to it. The UK is one of about five or six countries in the world that currently lead type design. Its culture of custom-made type for corporations is probably the second strongest, after the US, in the Western world. In that light, the meagre attention given to designers of letterforms – only Brody and Jonathan Barnbrook get considerable coverage – is puzzling. In neither the book nor the exhibition is there any trace of graphic design, lettering and typefaces by Michael Harvey, one of the world’s most eminent men of letters of the past three or four decades and the designer of many of the Methuen book jackets mentioned above. The names of David Quay (The Foundry), Jeremy Tankard, Dave Farey, Christopher Burke and Phil Baines, to mention a few, are also missing. Even Rian Hughes, a designer, illustrator and type designer whose unique cartoon-like style enjoys international popularity, is absent.

One should not expect any overview to be complete. But in a design culture where a fruitful exchange goes on between type design, lettering and graphic communication, as well as between ‘high’ and ‘low’ aspects of graphic culture, these omissions make a relative outsider wonder.