The future was Afro 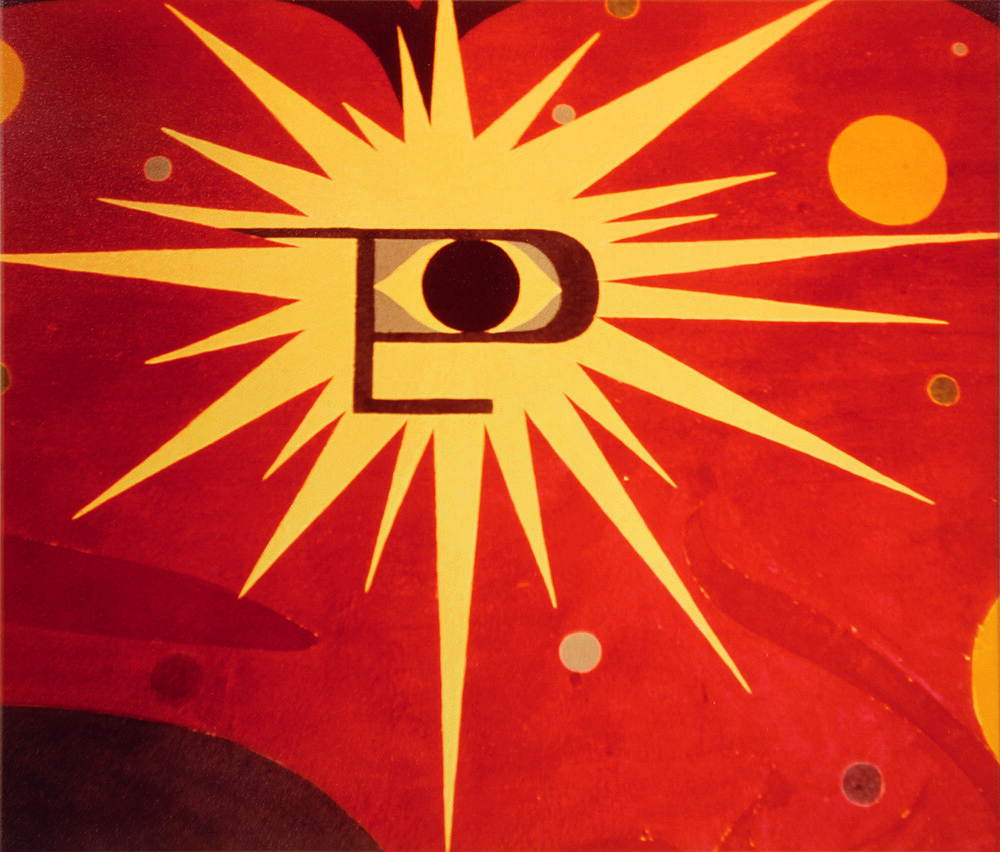 Slightly larger than a 45rpm single and thick as a modest box-set, this book evocatively reveals behind-the-scenes pictures of two overlapping moments in black American cultural history: photographs of the musician Sun Ra in full Egyptian regalia taken on location during the making of his film Space Is the Place (1974), and previously unreleased Polaroids of super-saturated, Afrofuturist interior murals by the musician, artist and Sun Ra collaborator, Ayé Aton.

The two halves of Sun Ra + Ayé Aton: Space, Interiors and Exteriors, 1972 (Designed by Norman Hathaway and written by John Corbett, Picturebox, $27.50) are joined by two artfully written essays by the book’s editor, John Corbett, and the conceptual artist Glenn Ligon, who recount Sun Ra and Ayé Aton’s meeting and growing relationship. If you knew little about Sun Ra before reading this, it’s a great way in (better still, accompanied by a Spotify playlist). 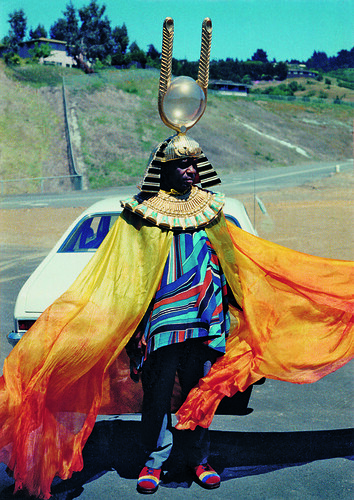 Corbett and Ligon both write with a deft touch and add illuminating detail, contextualising Sun Ra’s odyssey as part of the longer journey towards black human rights in the United States.

For Sun Ra lovers, the book is full of tasty tidbits. Many of the most poignant of these come from uncovering the clash between the everyday world in which he and Aton lived, and the extraordinary, outernational world of their imaginations and aspirations. Sun Ra walking around a scrubby Oakland car park, in headdress and flowing robes, while in another example an elderly bus passenger looks on; yellowing architrave round a cupboard door, surrounded by Aton’s space age paintings.

I’d always assumed Sun Ra’s trademark outfit was made specially. It was in fact lent to him by a Masonic temple. If only for conjuring the image of him asking to borrow it, I’d recommend this valuable little book highly. 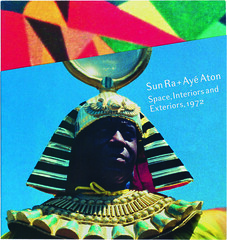