A 2D man comes to life 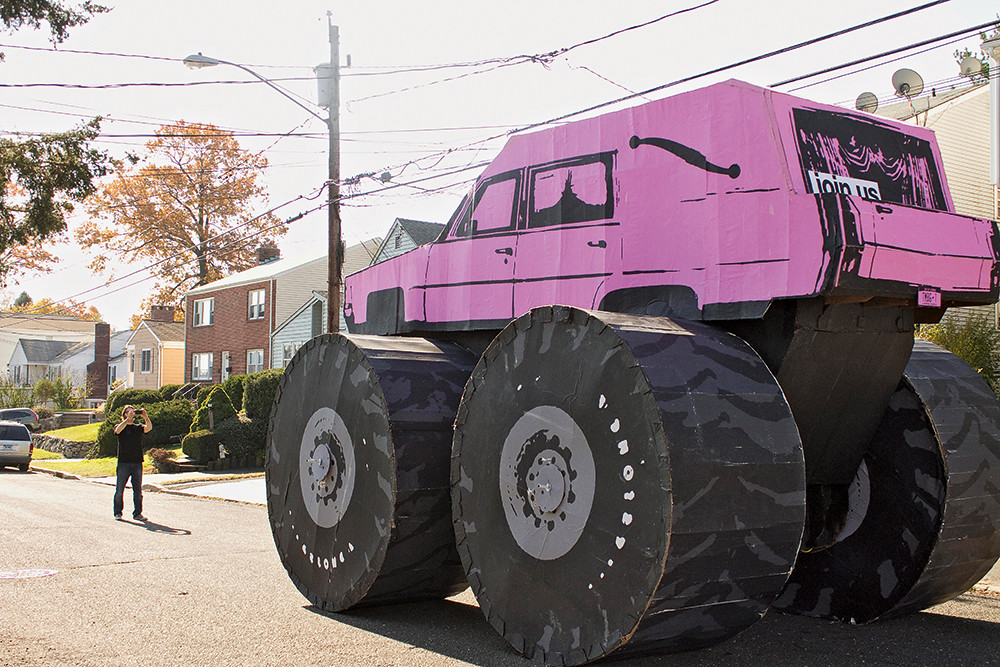 The subtitle, ‘A Graphic Memoir’, of this gutsy new book by designer Paul Sahre is a tad deceptive, as it suggests it could be a graphic novel. It is not. It is a candid narrative about a graphic designer – a two-dimensional practitioner. I hope this minor flaw doesn’t mislead anyone because this is an actual memoir – and uniquely good, too.

I’ve been reading a lot of memoirs lately – Mary Kass, Frank McCourt, Tobias Wolff, David Sedaris, among the best of the memoirists on my stack – to prepare for possibly writing my own. Finding the best voice to communicate what I want to share, and figuring out what I want to tell people about my life has been a struggle. I do not want mine to expose my darker secrets and I don’t want it to be a monograph or a detailed autobiography. I have read a lot of monographs by designers, and while many are interesting (even funny) most are about professional work sprinkled with anecdotes. Until Sahre’s Two-Dimensional Man there really has not been a true memoir by a designer that I know of to use as a yardstick, other than Grace by Grace Coddington or Confessions of a Window Dresser by Simon Doonan, which are nice and gossipy.

Top: A monumental, life-size, three-dimensional sculpture created in response to Sahre’s own joke from Step One of the iTunes digital booklet for Join Us that contained instructions for creating a tabletop model of the monster truck hearse, 2011.

I have casually known Sahre for well over a dozen years but I didn’t really understand him until now. I’ve long admired his graphic design for its off-centeredness, risk-taking, bawdy and tasteful blend of conceptual design and direct message. Honestly, however, I never shared more than the occasional hi-ho or tip-of-the-hat. Getting a reader to pick up a memoir can be as challenging as making a new friend. You’ve got to want to know the memoirist and invest your time doing so.

That Sahre’s memoir is peopled with people I know was an inducement to read some passages, but as I read from the middle forward, I realised I wanted to jump back and read the beginning, too. Two-Dimensional Man did not excite me in the same way that Keith Richards’ or Bob Dylan’s or Patti Smith’s memoirs did, but that is because Sahre’s is not about all the famous rock stars and artists who have come in and out of his pop cultural life. He had his share of travails and moments of joy and, ultimately,
a love of the same thing that you and I love: graphic design. And he is a devoted maker of things, like rocket ships.

Between recollections of his brother Angus’s life (who left home to join the circus) and tragic death when he was 35 (at home, falling down stairs during a bender), the plight of another brother, Greg, who had learning difficulties and Sahre’s own identifiable personality dips, he puts a very human face on the art and life of a fellow designer, without the hyperbole or self-congratulation common to most monographs. Because he had two needy brothers and a sister who got sisterly advantages, he had to fight for his own recognition. Even as an only child I was not the centre of my parents’ attention, either. We both realised around the same age that one way to get attention from our parents and others was to make artwork. For Sahre, his ‘gallery’ was the refrigerator; mine was the bedroom door.

Most times, a memoir is a window on a life that you will never know. Sahre’s book made me feel I knew exactly what he was talking about. There was a genuine bond and that, my friends, is a real gift when reading anything.

The book itself is aptly under-designed – modest perhaps. It is literary with images simply shoved between paragraphs without thought for the aesthetics of the page. A number of Sahre’s greatest hit book covers and jackets are discussed – and will serve as inspiration for hungry designers.

Sahre’s book is not a monograph that will win awards for the most clever self-promotional portfolio of the year. Its value, apart from being a compelling read, is that it makes us care about another human being who just happens to be in the same profession, and shares many of the same interests that those of us in this profession share. 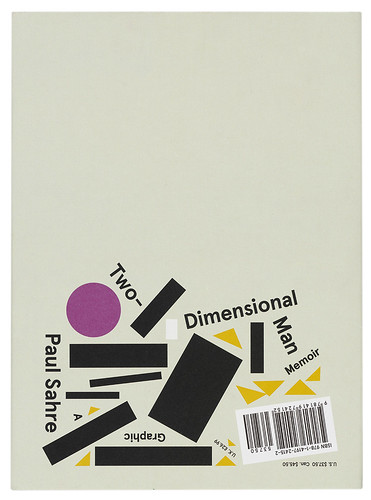