A historical slant on design

Graphic Design: Reproduction and Representation Since 1800

In the introduction to their history of graphic design during the past 200 years, Paul Jobling and David Crowley take great pains to distinguish their approach from prior histories of the subject, notably those by Michael Twyman, Philip Meggs, and Richard Hollis. Of these three authors, Twyman concentrates on the history of printing, while Meggs and Hollis embrace the full range of material commonly known as graphic design. Unlike their predecessors, Jobling and Crowley have chosen not to attempt a continuous narrative, preferring to focus on particular moments and issues.

To isolate a manageable body of material from the seemingly infinite graphic flux that engulfs us, the authors define three criteria for inclusion in their study: mass-reproducibility, accessibility to a wide audience, and an integration of word and image. They have also chosen not to concentrate on issues of style or biography. Instead they explore the social, economic, and political context in which graphic design functions. This emphasis is a welcome addition to the design history survey literature which, in the case of graphic design, has not been attended to much in previous works. As played out in this book, however, it can lead too far afield from graphic design. At times the authors appear to be writing social history rather than the history of design in its social context.

While Twyman, Meggs, and Hollis came to history from design practice, Jobling and Crowley are trained historians. They authors draw heavily on methods and premises from cultural studies, particularly that fields critique of advertising and consumption, and, conclude that capitalism, corporatism, and big government have had undue control over graphic communication in the public sphere.

The authors are attentive to the public reception of graphic communication and show themselves to be sophisticated readers who refuse to isolate the subject matter and purpose of a poster or magazine from its formal appearance. They are particularly enlightening when they discuss material such as Adrian Allinson’s posters for Britain’s Empire Marketing Board in 1930. Through a close reading of two posters, one showing East African natives transporting goods across the countryside on their backs and another showing a European supervising several crews of Africans in large motorised canoes, Jobling and Crowley demonstrate how the posters were intended to construct a rationale for British intervention in East Africa.

The authors employ equally sophisticated readings of other material, such as French satirical magazines of the 1830s, Britain’s Picture Post of the 1940s, and Oz, the counterculture magazine of the 1960s.

If the book were only about selected close readings of individual posters or publications, it would be an admirable demonstration of how to tease the richness and complexity from a piece of popular art. But despite their decision to present a collection of essays that can be read separately as well as in sequence, the authors do propose a particular narrative – and it is here that their strategy becomes problematic.

With the exception of some attention paid to France, Germany, Switzerland, and the US in a few chapters, Jobling and Crowley concentrate primarily on British topics. They begin with the popular magazines of Britain and France in the nineteenth century, move to the fin-de-siècle poster in France, and then go on to discuss graphic propaganda in Britain during and after World War I. Up to this point, they make no attempt to establish a line of continuity between the chapters but in chapter 5 they introduce a well established and overly reductive thesis that the Modernist graphic designers of the 1920s avant-garde gradually lost their social idealism as they entered into a relationship with capitalist clients. In their discussion of graphic design in Germany during the 1920s, they rely heavily on Maud Lavin’s account of Ring Neuer Webegestalter (Circle of New Advertising Designers) and emphasise the conflict between advertising work and social revolution, which they argue was “the significant intellectual dilemma facing many modernist graphic designers”. They claim that the revolutionary impulse of what they call the Modernist project was gradually drained away as the Ring designers and their colleagues engaged in commercial advertising. This loss becomes even more evident as European designers emigrated to the US. The authors see Herbert Bayer’s work for the Container Corporation of America as lending to that organisation an air of prestige and cultural sophistication that “obscured the Corporation’s primary concern, the pursuit of profit.” If one studies the history of CCA closely, however, one is less inclined to pursue this argument than to recognise the company for its intention to use art productively in the service of legitimate commerce, i.e. the manufacture of paperboard products.

In Chapter 6, the authors focus on photojournalism, beginning with the German illustrated magazines of the 1920s and ending with a thoughtful reading of Picture Post. In the last three chapters, they present themes that depart from the Modernist project - British pop graphics of the 1960s with a particular emphasis on the jazzy youth magazine, and Oz; the ideological and mythic underpinnings of advertising; and lastly postmodernism. To establish a postmodern category, the authors set up a reductive Modernism which they claim “petrified in the systematic work of the Swiss School in the 1960s.” They counter the decline of simplicity and clarity with a postmodern situation of “complexity and contradiction, decoration and ornament”. In their analysis of the postmodern condition, Jobling and Crowley follow French post-structuralists such as Jean Baudrillard and contemporary Marxists such as Fredric Jameson. Finally, they see Modernism turned into a style, which by their definition is considerably less than a project. Faced with an all-pervasive capitalist behemoth, the contemporary graphic designer who wishes to keep the revolutionary flame alive is consigned to small acts of resistance exemplified by the guerrilla graphics of ACT UP or Saatchi and Someone. On the positive side, they envision new tasks for the designer in the electronic sphere where they predict the inevitable demise of graphic design as we now know it.

What undermines the value of this book as a narrative is the authors’ decision to map various cultural theories and paradigms on to the practice of graphic design, rather than follow the practice as it actually developed. Thus, in their account, the social ideals of Modernism were dissipated and finally extinguished by the power of capitalism, the disinterest of the youth culture, and the complexity of postmodernism. Although they believe there will always be a need for someone called a designer to generate ideas and images, their story is hardly a sanguine one. They are too ready to sacrifice design at the altar of an all-consuming capitalism, unlike Twyman, Meggs, and Hollis, who, as practitioners, convey in their writings a passion for graphic communication that is missing here. There is no reason why we cannot have critical analysis and a passionate engagement with the material. But that is another project.

Victor Margolin, associate professor of Design History at the University of Illinois at Chicago. 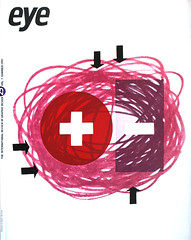