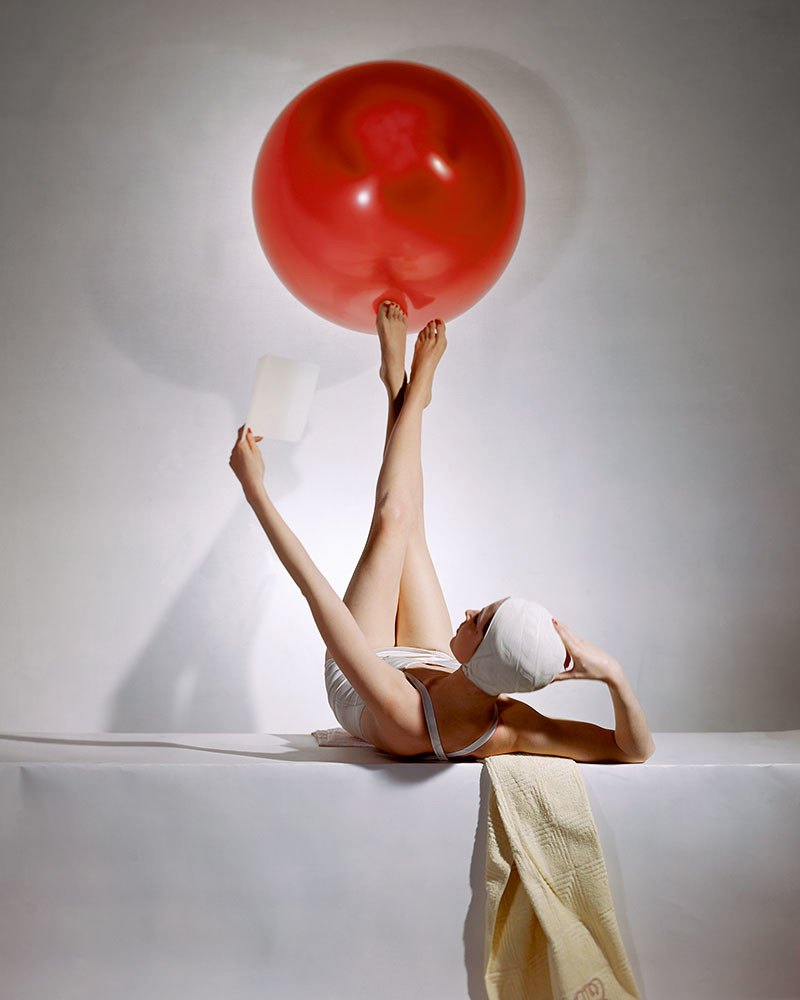 In 1930, a 24-year-old German, Horst P. Horst (born Horst Paul Albert Bohrmann), arrived in Paris to begin an apprenticeship with the celebrated architect Le Corbusier. His good looks and charm found favour with the social elite and before long he had left the architect’s employment and was working for the principal photographer of French Vogue, George Hoyningen-Heune.

His relationship with Heune brought Horst to the attention of Dr Mehemed Agha, then art director of American Vogue. According to the historian Philippe Garner, he invited Horst to produce his first photographs for the magazine. His first credited image – a full-page advertisement, showing a model in black velvet holding a Klytia scent bottle – appeared in the December 1931 issue of French Vogue.

Horst’s career at Vogue publisher Condé Nast eventually spanned six decades, but his initial relationship with Mr Nast went badly. In 1932 he was invited to work for Vogue in New York for six months where, rather than refining his own style, he was instructed to emulate their star photographer, Edward Steichen. Horst dared to suggest that he would one day be as good as Steichen. This sent Nast into a rage and the young German swiftly returned to Paris.

In 1934, Heune left for New York and Horst became principal photographer for French Vogue. Susanna Brown, the curator of the V&A exhibition, says Horst ‘assimilated Heune’s neo-classical approach and skilfully combined it with elements of Modernism and Baroque, punctuated by surreal and humorous touches.’ This development came to a crescendo in the late 1930s with the theatrical lighting that became Horst’s distinctive signature.

In 1939, Horst produced one of his best known images: the sensual Mainbocher Corset. It was the final photograph he took before leaving Paris (he would not return again until 1946). Horst says: ‘I left the studio at 4am, went back to the house, picked up my bags and caught the 7am train to Le Havre to board the Normandie. We all felt that the war was coming … This photograph is peculiar – for me, it is the essence of that moment.’

Horst P. Horst’s unretouched print of ‘Mainbocher Corset’ US Vogue, 4 March 1939, the last photo he took before leaving Paris for the duration of the war.
Top: Horst P. Horst’s original photograph for Vogue, 15 May 1941, the ‘Summer Beauty’ issue. In the published cover, the beach ball would form the ‘o’ of the word ‘Vogue’. 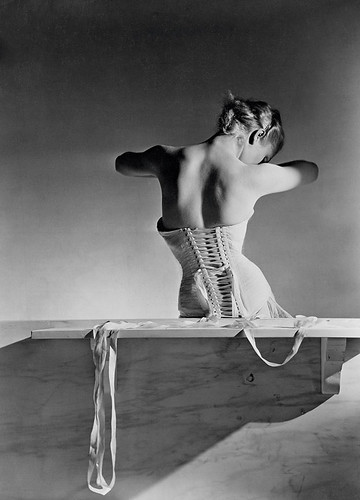 In New York, Horst continued to produce both his fashion photographs and celebrity portraits. The latter included the 1942 portrait of Marlene Dietrich. Photographed in Condé Nast’s New York studio, the German-born actress instructed Horst to use the same dramatic ‘butterfly lighting’ that film director Josef von Sternberg had used to shape his actresses’ ‘femme fatale image’. But instead Horst placed a mirror next to his camera, positioned his light slightly below Dietrich’s face and created a portrait with a softer mood. ‘All the wrinkles disappeared,’ Horst later remarked.

Because of a lack of vintage prints, Horst’s colour work of the early 1940s has often been overlooked. But here sumptuous new prints have been made from Horst’s original large-format transparencies. These vibrant images feel contemporary in their scale, yet also echo a series of prints produced in 1938. To complement them, there is a vitrine of more than 90 Vogue magazine covers that the photographer produced.

Still a German citizen when the United States entered the Second World War in December 1941, Horst officially became an enemy alien. His travel was restricted and his camera equipment handed over to Vogue. Despite this, and largely thanks to Condé Nast’s lawyers, Horst continued to work. But in the summer of 1943 he began his military training and on 21 October that year he became an American citizen.

A year on, a collection of fashion and portrait images was published in Horst: Photographs of a Decade (J. J. Augustin, 1944). His subsequent book, Patterns from Nature (J. J. Augustin, 1946), briefly brought the public’s attention to a different aspect of his photography: constructed images of nature. These are kaleidoscopic in form and more intimate in scale. In the second book published to coincide with this exhibition, Horst: Patterns from Nature (Merrell, 2014), the V&A’s senior curator Martin Barnes says this work ‘channels the more functionalist and Bauhaus-influenced visual world of his youth into photographic form’. A connection with photographers Paul Strand and Edward Weston can also been seen.
In the postwar years fashion photographers began to take their models on to the streets, where they injected more spontaneity into their pictures. Horst also attempted this, but the results largely failed in comparison with his studio photographs – though he did work outside, as can be seen in his travel images, made on a trip with his long-time partner Valentine Lawford.

In the final room is a small series of male nudes, produced in the early 1950s and exhibited in Paris in 1953. Even when Lawford published his richly illustrated biography Horst: His Work and World (Alfred A. Knopf, 1984) only one of these images was included, and there was no mention of the series in his text. Yet, as Oliver Winchester points out in his essay ‘Hard Bodies: Male Nudes’, the ‘impact of these images can clearly be seen in the work of many later photographers who turned their attentions to the male body, most notably Robert Mapplethorpe.’

Did Horst ever become as good as Steichen? The question remains unanswered. But one thing is evident from this exhibition: Horst must certainly be considered one of the great photographers of the twentieth century.