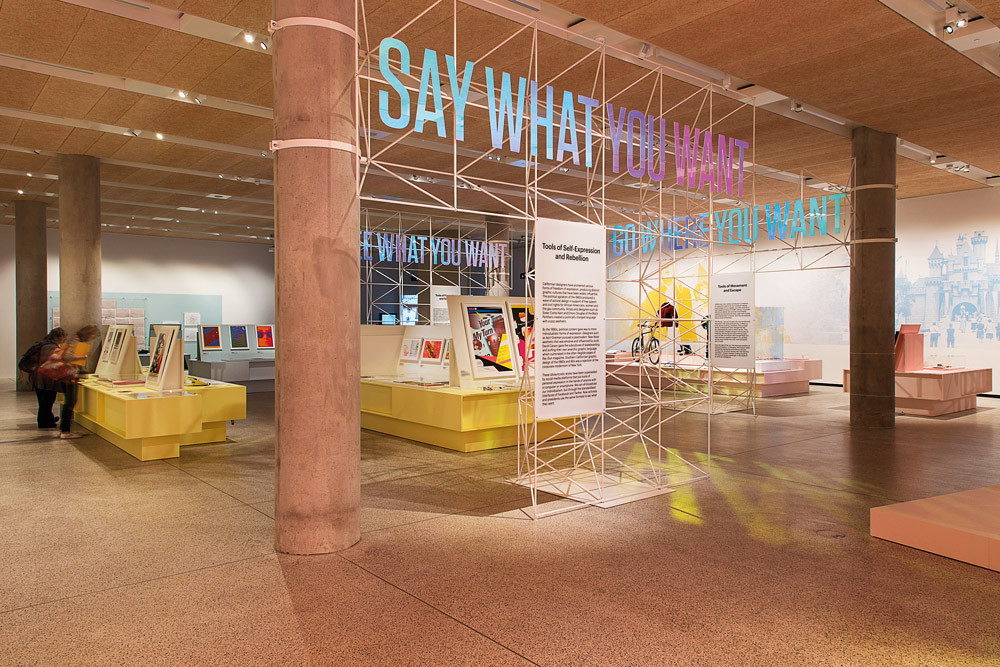 What do Victor Moscoso’s psychedelic music posters, Harley Davidson’s Captain America chopper, the film Easy Rider and a pair of Snapchat Spectacles have in common? According to the curators of an exhibition at Design Museum, they are all ‘tools of personal liberation’, created in California and indicative of a philosophy that has made The Golden State the most influential place on the planet for groundbreaking design and technology.

‘California: Designing Freedom’ presents a version of Californian creativity that eschews the familiar figures of West Coast mid-century Modernism (Richard Neutra, Charles and Ray Eames et al) in favour of exploring the way that 1960s counterculture might have influenced Silicon Valley’s tech start-up boom. ‘This shift in what we mean by “California design” – from postwar interiors to global communication tools – is the story of how design itself has evolved as a discipline,’ writes Justin McGuirk (the Design Museum’s chief curator) in his introduction to the catalogue.

The exhibition is divided into five sections that attempt to group the diverse works according to attitudinal themes instead of a more typical chronological format. The first theme, ‘Go Where You Want’, focuses on mobility and escape, from pioneering transportation concepts to pocket-sized devices that allow us to explore and communicate with the world while on the move.

The other four sections explore ideas relating to perception and alternate realities (‘See What You Want’), rebellion and freedom of expression (‘Say What You Want’), production and autonomy (‘Make What You Want’), and collaboration and community (‘Join Who You Want’). The psychoactive drug LSD features in ‘See What You Want’, where it is described as a ‘tool of consciousness’ that informed the music and graphics of the counterculture, including the trippy posters created by artists including Moscoso and Rick Griffin.

The curatorial approach largely succeeds in presenting Californian design as an ethos or mentality rather than a style or movement. However the objects and graphic materials on display lack the blockbusting visual thrust or thematic consistency of many design exhibitions, and may therefore struggle to engage an audience seeking aesthetic gratification.

Activism and freedom of expression are the main focus of the ‘Say What You Want’ section, with the artwork created by Emory Douglas for the Black Panther Party illustrating how design formed a vital part of 1960s protest. 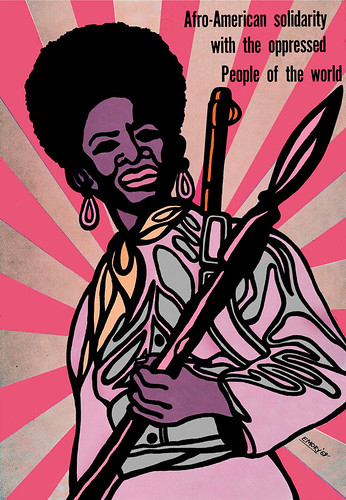 The Whole Earth Catalog (see Eye 78) is prominently featured in the show as an important reference point for both the hippie communes of the late 1960s and those behind a subsequent revolution prompted by the emergence of personal computing. Stewart Brand’s pioneering publication influenced the first generation of hackers, whose quest to liberate computers (from the military and large corporations) laid the foundations for a move towards virtual communities in which individuals use the same digital platforms as pop stars and presidents.

Some of the most noteworthy exhibits focus on the role design has played in making computers and digital devices more accessible, intelligent and user-friendly. The development of graphical user interfaces that allowed non-experts to communicate more intuitively with computers are represented by items such as Susan Kare’s early Macintosh icons, and April Greiman’s Does it Make Sense? poster for Design Quarterly magazine. These exhibits may feel archaic, yet they helped shape the things we all now see and interact with daily.

The show’s narrative is based on a notion of creative freedom that has led to California’s social and technological revolutions. However, visitors without prior knowledge of the ideas and objects being presented may struggle to reconcile, for example, low-tech anarchist publishers with commercial giants such as Google and Facebook.

McGuirk insists that the success of such companies is in part down to a ‘disruptive’ attitude and a determination to innovate that is profoundly Californian. ‘This paradox does exist at the heart of the exhibition,’ he says. ‘There’s no contradiction in Californian ideology between creating things that empower people, like a search engine, and making yourself billions of dollars. What differentiates the likes of Google and Apple, and makes them interesting in this context, is the way they have harnessed the power of design.’

With so many of us carrying around devices designed or developed in California, there is undoubtedly some merit in examining the ideas that informed their creation and helped produce the connected world we currently inhabit. Although some of the exhibits feel a little dry or insignificant in their own right, in this context they form part of a timely examination of California’s significant role in the past, present and future of design.

See also: Abbott Miller’s ‘California is a state of mind’ a review of Earthquakes, Mudslides, Fires and Riots: California & Graphic Design, 1936-1986 in Eye 90