Illustrators on the outside 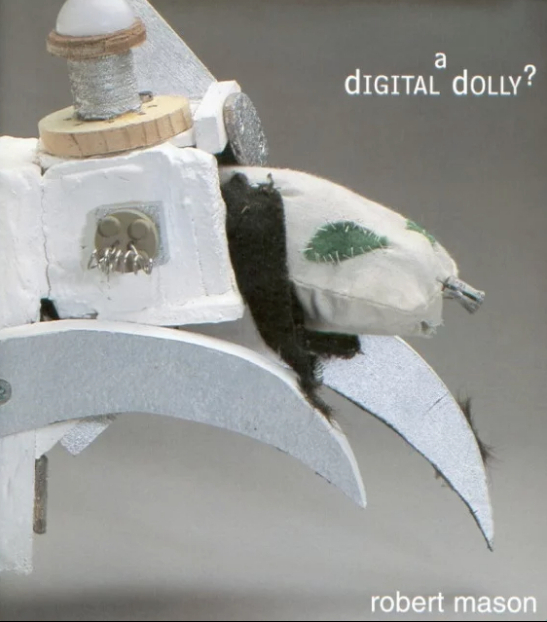 A Digital Dolly? presents an overview of the recent history and current state of British illustration. This makes for a depressing read, from the high point of 1980s RCA dominance to its current ghetto.

The book attempts to apportion responsibility for this situation from the targets of economic recession and digital convergence within graphic design to the very makers of illustration themselves.

Mason’s approach is significant: the fact that a title on illustration contains more words than pictures suggests an absence of a documented critical history and debate on the subject. This book makes a meaningful contribution in attempting to address that oversight. While the author takes sideswipes at the deficiencies of art direction and commissioning by graphic designers, he is also prepared to criticise the profession he’s so clearly dedicated to. The digital dominance of graphic design comes in for criticism, but design has also suffered and benefited in equal amounts: the typographic and technological debate has allowed graphic designers to re-examine their activity.

Much of the illustration Mason discusses has yet to engage with the possibilities presented by new media – not only in the creation of new tools, but in allowing a redefinition of the activity itself. One might argue that contemporary culture is largely image based, and that illustrators are better placed than most to make use of this situation. This does not necessarily mean a loss of craft, but a rethinking of what illustration might be. Mason observes that technology has allowed illustrators the potential to ‘take on typographic challenges’ as easily as designers can create imagery, but doesn’t suggest why this has yet to take effect. One of the problems may be the reliance on the past to define the discipline. This has created a ‘mind set’ that excludes contemporary approaches to illustration simply because the processes and media used do not fit its self-imposed definitions.

Throughout, Mason suggests that print is the only serious outcome for illustration and he neglects examples such as the recent use of animated illustration for commercials (Eye no. 36 vol. 9, pp. 83-84) or the insatiable demand for images from new media designers. A Digital Dolly? offers an insight into a discipline that has become too comfortable with its ill-defined position, often choosing to relate its activities to ‘higher’ subjects, such as fine art. Mason offers us examples of practitioners who have become disenchanted with the way in which their craft is perceived, and so have ‘opted’ to become artists. Illustrator Paul Bowman has described this as part of ‘a victim culture’ within illustration.

Graduates Kate Smith, Raksha Patel and Thomas Hawes are canvassed about their progress within the profession. They discuss their frustration with the lack or quality of commissioned work and how they have now chosen to become artists. All regard this as a more satisfactory preoccupation, one in which they are not treated ‘like an idiot’. Unfortunately Mason does not use this as a starting point to explore the difficulties in defining the relationship between commercial illustration and the idea of authorship. In a Blueprint interview with Rick Poynor in 1988, Dan Fern, at that time Head of Illustration at the RCA, pointed out the difference in ‘the scale of intention’ between an illustrator’s commission and an artist’s highly personal concerns. The article discussed how illustration can reposition itself by ‘challenging the limitations of the craft and through the intensity of its vision becoming as interesting as, or more interesting than, the purpose that inspired it.’

Early in the book Mason declares his attachment to the word ‘illustration’, citing the Latin root as useful in describing the subtleties of his subject. This would include: ‘to purify, go round, encircle, traverse and review.’ The suggested subtlety is lost in the overpowering impression that these words could also suggest an insular approach from within the discipline itself.

If illustration is to prosper then its practitioners must face the challenges of technology and create a debate that is inclusive and forward-looking. Some of the more interesting writing on the subject has come from outside the discipline, while the attitude from within appears to be that these creative spirits are somehow owed a living by the rest of the design world. Those of us who remember the excesses of 1980s design also recall how illustrators were happy to exploit the situation, profiting enormously by churning out derivative work, banking the cheques and creating a legacy of unreasonable career expectation.

There are, of course, many examples, also noted by Mason, who have produced work that tries to challenge the envelope: Russell Mills and Sue Coe for example. However, in most cases this work refines, rather than redefines, illustration.

Where more contemporary illustration is discussed there is inadequate thought given to the individualistic approaches of illustrators such as Rian Hughes or Alex Williamson, the former producing illustrative approaches to typography and the latter equally comfortable working with animation and moving image. The article ‘Pop, Music, Art’ (Eye no. 33 vol. 9) offered many examples in which illustration is at the forefront and, at the least, equal to graphic design in the packaging of music CD sleeves.

Mason’s text-based book, annotated with ‘traditional’ illustrations of the eponymous sheep, is at times difficult to read, with column widths constantly changing. There is a gallery of work at the end, but the anticipated pleasure of this is dampened when one realises it champions all the usual suspects: Chlöe Cheese, Jeff Fisher, Sara Fanelli. An opportunity is wasted to show examples of what illustration could or might be.

A Digital Dolly? is a well intentioned attempt to provide illustrators and those concerned with the wellbeing of the discipline with a foundation for the discussion so urgently needed.