You’re All Just Jealous Of My Jet-Pack 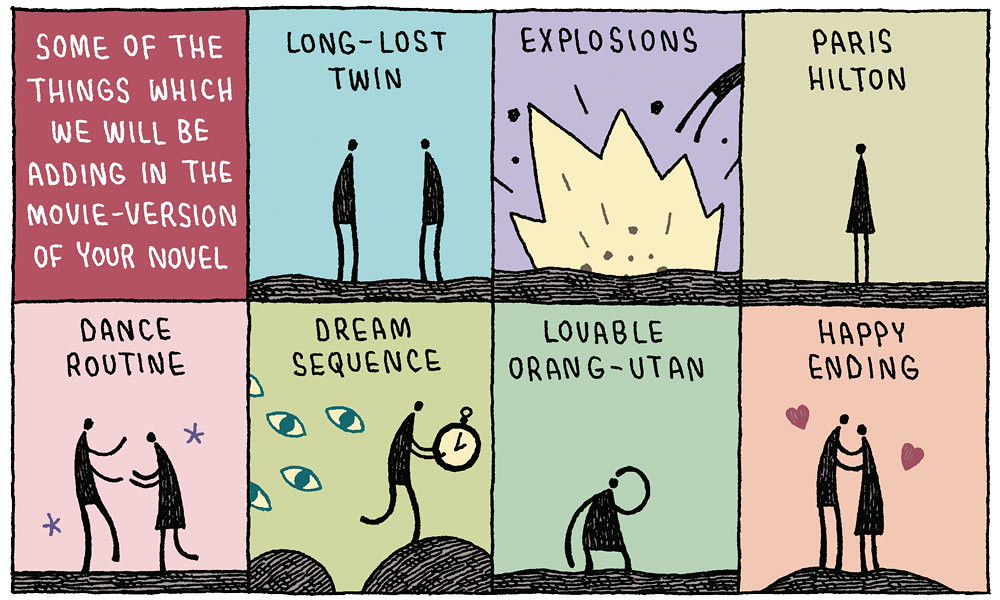 For much of the past decade, illustrator Tom Gauld has been a regular contributor to The Guardian newspaper, starting with its features pages. Gauld’s quirky, visual humour soon attracted a substantial following for all kinds of commissions – short stories, book reviews and a droll comic strip about cavemen.

‘I got him when his bones were still soft,’ said section art director Roger Browning, who later commissioned Gauld to do a regular weekly panel for the letters page of the paper’s Saturday Review section.

‘Sometimes the drawing’s relationship was very tenuous,’ said Browning. ‘We would send him a letter that was exceedingly dull and he would do something wonderful.’

A selection of these letters page panels have just been published as You’re All Just Jealous Of My Jet-Pack, which has page after page of chuckle-out-loud observations about literary lives past, present and future. These include satire on the realities of publishing; previously unexplored links between James Brown and Geoffrey Chaucer; and surreal yet believable reflections on the nature of literacy film adaptations. All are impeccably drawn and lettered in Gauld's deadpan and deceptively simple style.