Branding Terror: The Logotypes and Iconography of Insurgent Groups and Terrorist Organizations 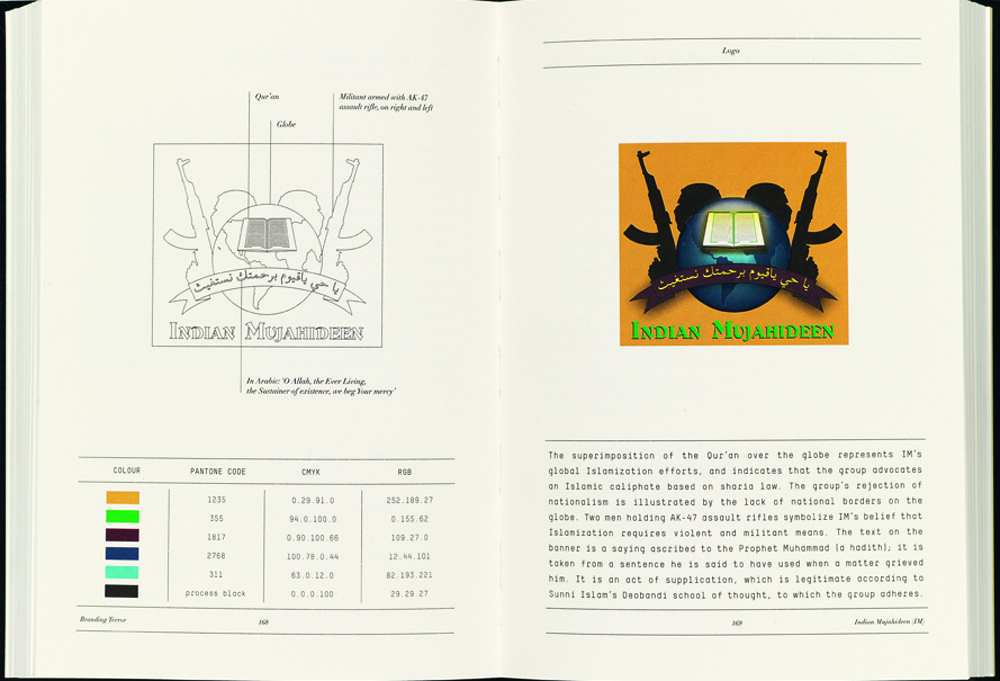 This brooding black hardback, which looks like a CIA manual, is a worldwide survey of the imagery of contemporary terrorist groups, from al-Qaeda to FARC, the Marxist guerrillas of Columbia. The authors, a former counter-terrorist specialist and a branding expert, contend that branding is a strategy used to convey identity, messages and menace. Moreover, they claim that seeing such groups as ‘brands’ leads to a better understanding of terrorism. In his foreword, Steven Heller writes that terrorist organisations are ‘all brands’ and that branding is a tool with ‘no morality or conscience’.

Branding Terror: The Logotypes and Iconography of Insurgent Groups and Terrorist Organizations, written and designed by Artur Beifuss and Francesco Trivini Bellini (Merrell, £24.95) comprises short entries on 65 terrorist groups, each offering an overview of the group’s history, ideology and activities. The imagery, mainly logos and flags gleaned from websites, is presented in colour and in black-and-white outline to clarify its makeup. The images are analysed in terms of their symbolism, typography and colouring – even the corresponding Pantone coding is given – although the deadpan analysis is often obvious – ‘The globe represents worldwide ambitions’. There are also maps showing where each organisation is located, a timeline of terrorist atrocities, a glossary of political terms and a bibliography.

Terrorist iconography varies. Some is stark and Modernist, like the flag of India’s United National Liberation Front, which features a bold red star on a white ground framed in red. Other groups have more elaborate logos, often loaded with archaic symbols and Arabic script, or clichéd images that wouldn’t be amiss on heavy metal album covers: raised fists, eagles and weapons (often an AK-47 assault rifle, as seen in the spread about the Indian Mujahideen, above). Two crossed Kalashnikovs appear on the gold-embossed cover.

Branding Terror is informative, but who will buy it? The games industry might find it useful for creating a visual identity for virtual freedom fighters, and graphic designers as a model for presenting diverse information (on a highly emotive topic) in a clear, detached manner. However some may find its aestheticising of terrorism and coupling with branding a rather distasteful and frivolous exercise. 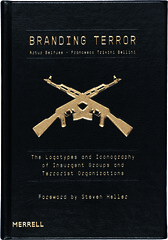