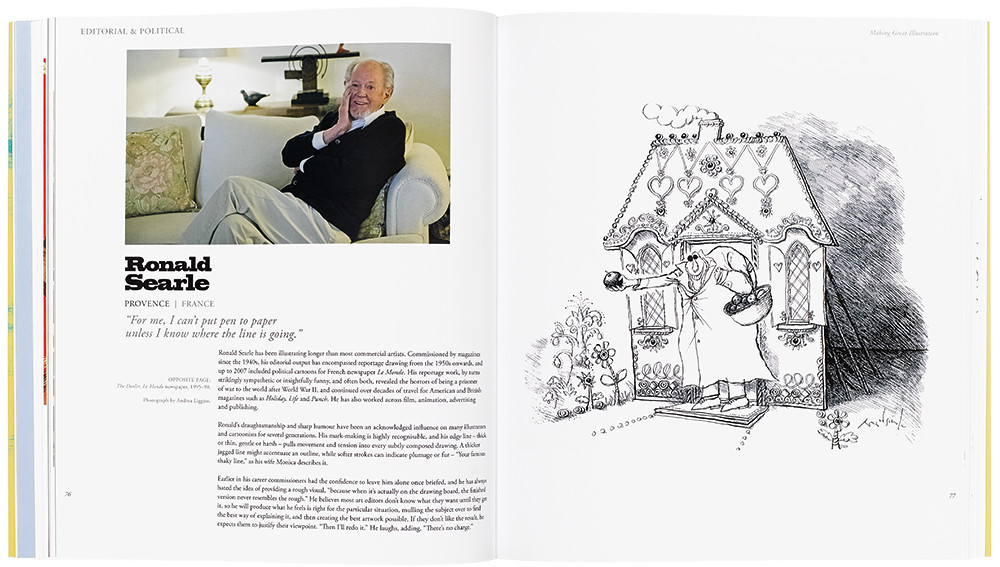 Bookshop shelves groan with giant compendiums of illustration, heavy on image, light on information or commentary. Making Great Illustration by Derek Brazell and Jo Davies (A&C Black, £35) is an ambitious bid to give more substance to the literature, and it presents a convincing list, almost a ‘canon’, of 30 illustrators from several generations, from Javier Mariscal to Paul Davis via Catalina Estrada, Oliver Jeffers and Matthew Cook.

The authors group illustrators into ten client sectors, including ‘Fiction’ and ‘Fashion’, and each chapter is introduced by a short ‘client’s perspective’ essay. These include Saks Fifth Avenue’s Terron E. Schaefer (‘Typographical’) and Martin Harrison, senior designer at The Times (‘Topographical / Reportage’). Adrian Shaughnessy writes about ‘Authorial Practice’, commenting that the ‘design authorship’ debate, has ‘not troubled illustrators … genuine personal authorship has always been possible in illustration.’

Though the book’s design and editing do not always make the most of its varied content, there is plenty to enjoy. Interviews with the illustrators are accompanied by photographic portraits and studio shots as well as a mixture of published artefacts, artwork, early roughs and sketchbooks.

Among the interviews are many striking insights and revelations. Dave McKean admits that ‘as a kid, I just didn’t get Batman!’ Olivier Kugler overcame the problem of capturing restless subjects by adding extra images, hands, heads, to his drawings as they moved.

Ronald Searle, who died on 30 December 2011, recalls the difficulties of covering the 1961 trial of Nazi war criminal Adolf Eichmann for Life magazine; he broadened the feature by drawing others affected by the Holocaust: witnesses and survivors.

Top and below: Spread and cover of Making Great Illustration by Derek Brazell and Jo Davies. 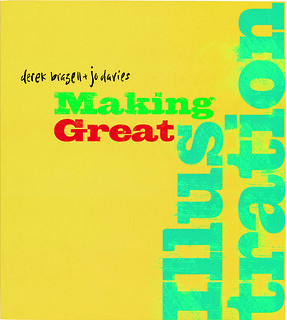