The cultured sensibility of Cipe Pineles 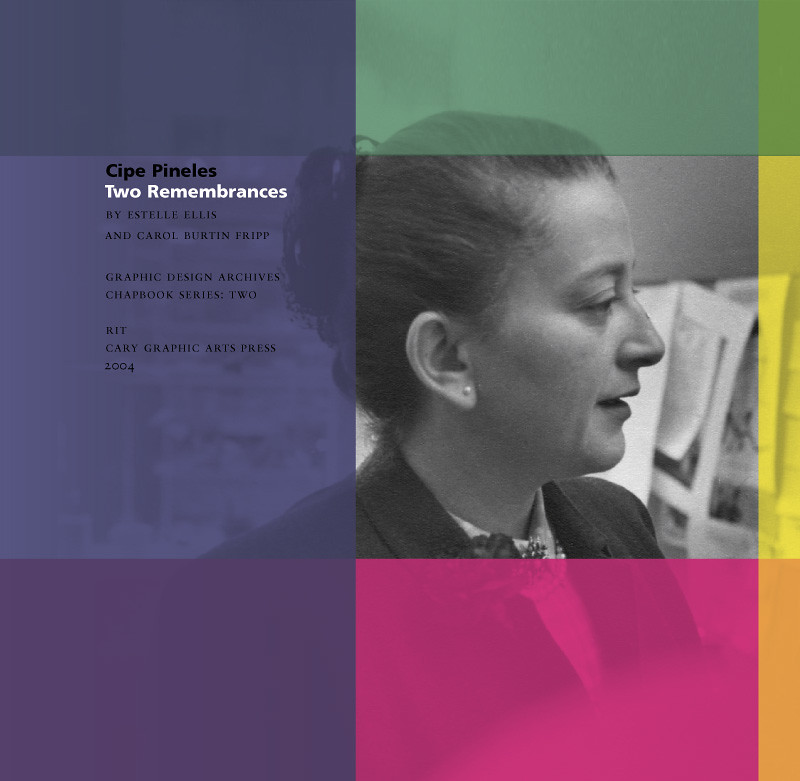 Cipe Pineles? Say it Sea-pea Pin-ell-ess; she’s credited with being America’s first influential female art director, and many stories could be woven around her multifarious names alone. She landed on Ellis Island in 1923 as teenage émigrée Ciporah Pineles, a fatherless Austrian Jew who had survived a Bolshevik raid. At art school she learnt to be the charming illustrator CP, who signed her faux-naïf paintings ever after with those homophonic initials. Upon marriage, she became ace homemaker Mrs Bill Golden and Mrs Will Burton, serial widow to two more starry – if no more talented – male designers, but decided to keep her own striking name for professional purposes. Thus she is most famous today as editorial designer and teacher Cipe Pineles, whose ungendered portfolio gained her interviews at Manhattan’s top studios, but could not initially (this being the 1930s) clinch her a job, once she was seen to be female.

Persistent, energetic and a good schmoozer, she burst through those glass doors nevertheless, to become – among other achievements spanning a 60-year career – the pioneering art director of two seminal American periodicals: Seventeen (1947) and Charm (1950), the first magazines for teenage girls and working women respectively. What Pineles contributed was not just an incisive and witty design eye, but a cultured sensibility and great commissioning skills, happily unencumbered by the commercial pressures of today. Marvel at the pre-computer skills that could conceptualise entire flatplans as gorgeous little drawings, and hand-render elaborate typefaces more beautifully than Andy Warhol.

Evidence of all this will be found in Two Remembrances: a worthy but slim ‘chapbook’ published to complement the Rochester Institute of Technology’s archive of Pineles’ work. It contains just two brief memoirs by her daughter and business partner, plus a smattering of reproductions. The best bits are quotes from Cipe herself, including chilling scenes of marital typeface debates at the dining table. For the full story, seek out Martha Scotford’s meticulously researched monograph Cipe Pineles: A Life in Design (W.W. Norton & Co. Inc), now nearly out of print (reviewed in Eye no. 33 vol. 9; see also Martha Scotford’s article on Cipe Pineles in Eye no. 18 vol. 5). For anybody interested in the history of magazine design, it deserves to sit alongside the excellent Alexey Brodovitch by Kerry William Purcell.