The heart and soul of Harlem 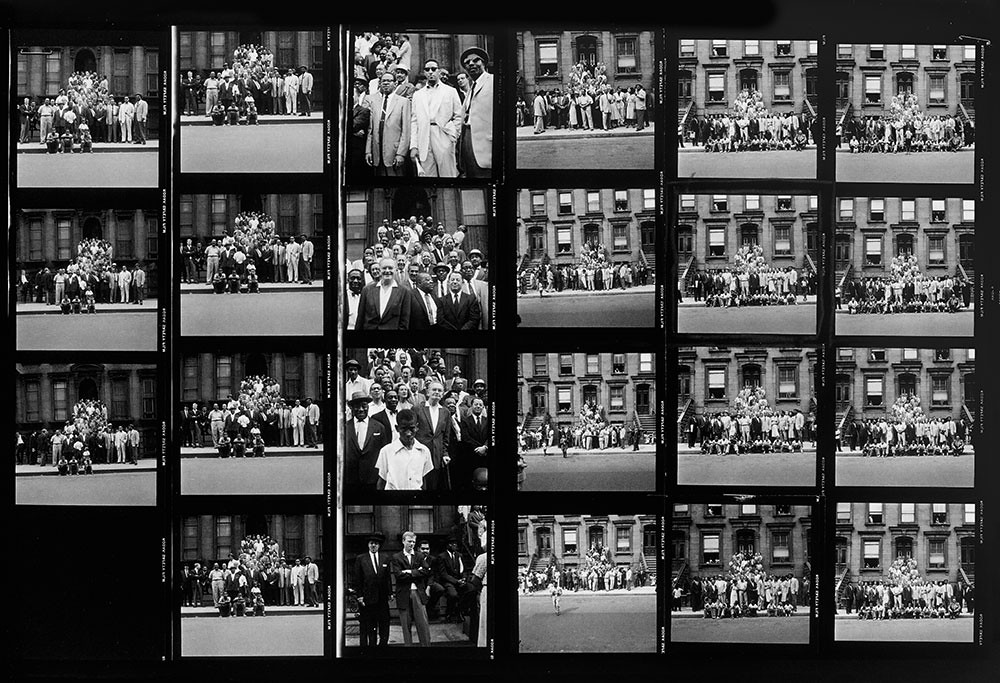 The black-and-white Esquire photo  of 57 jazz musicians (plus a few local children) posed in front of a Harlem brownstone on 12 August 1958 is justly celebrated within the worlds of photography, editorial art direction and jazz. Its story has been told in a full length documentary – A Great Day in Harlem (dir. Jean Bach, 1994) – and  at least two children’s picturebooks.

Taken by Art Kane (1925-95) for Esquire’s ‘Golden Age of Jazz’ special (January 1959), the picture has inspired countless tributes, including spreads in New York Post (‘A Great Day in Spanish Harlem’), Straight No Chaser (‘A Great Day in Hoxton’) and many more. Art Kane Harlem 1958 adds detail to the story, including all the contacts sheets from the session (example above),  plus a generous sequence of prints and details from the original negatives.

While Kane struggled to get his subjects in place at 52 126th Street, his camera captured details of the friendly drama that ensued while the jazz stars caught up with one another. We see pianists Marian McPartland and Mary Lou Williams; a worried Lester Young; a smiling Charles Mingus; super-cool saxophonists Sahib Shihab and Gerry Mulligan. Kane captured handshakes, hats, shades and cigarettes. A rag-and-bone man trots by on a horse-drawn cart, impervious to the street closure Kane had arranged with local police. 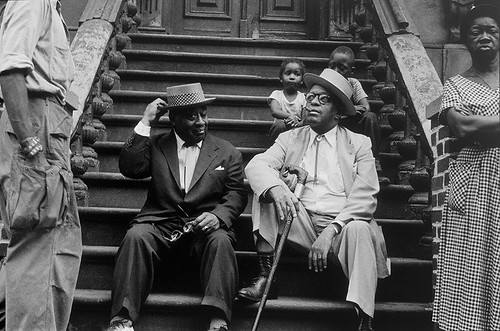 The gathering crossed generations: Willie ‘The Lion’ Smith (above) was weary and out of shot when Kane got his final picture. The great stride pianist can be seen smoking a cigar, cane in hand, in many of the out-takes. Snapshots by bassist Milt Hinton show Kane, Esquire editor Harold Hayes  and art director Robert Benton.

The book includes brief biographies of all the musicians present, and there is a section with the portraits Kane made for the same edition of Esquire, including Duke Ellington on the subway train immortalised in ‘Take the “A” Train’.

A section of appendices record  some of Kane’s other work, including location shots from the 1955 film Pete Kelly’s Blues, ‘Harlem Soul’, another Esquire shoot, and some regal portraits of Aretha Franklin and her sisters.

Only two of the participants survive – saxophonists Benny Golson and Sonny Rollins. Golson contributes a short memoir and there are fascinating texts by Quincy Jones, Art Kane himself and Kane’s son Jonathan Kane, who edited this lavish photobook. 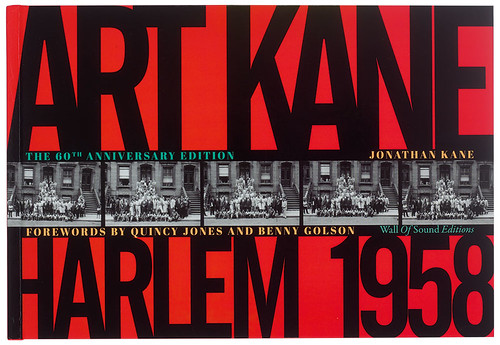