Turn of the Screw

Sex Press: The Sexual Revolution in the Underground Press, 1963-1979 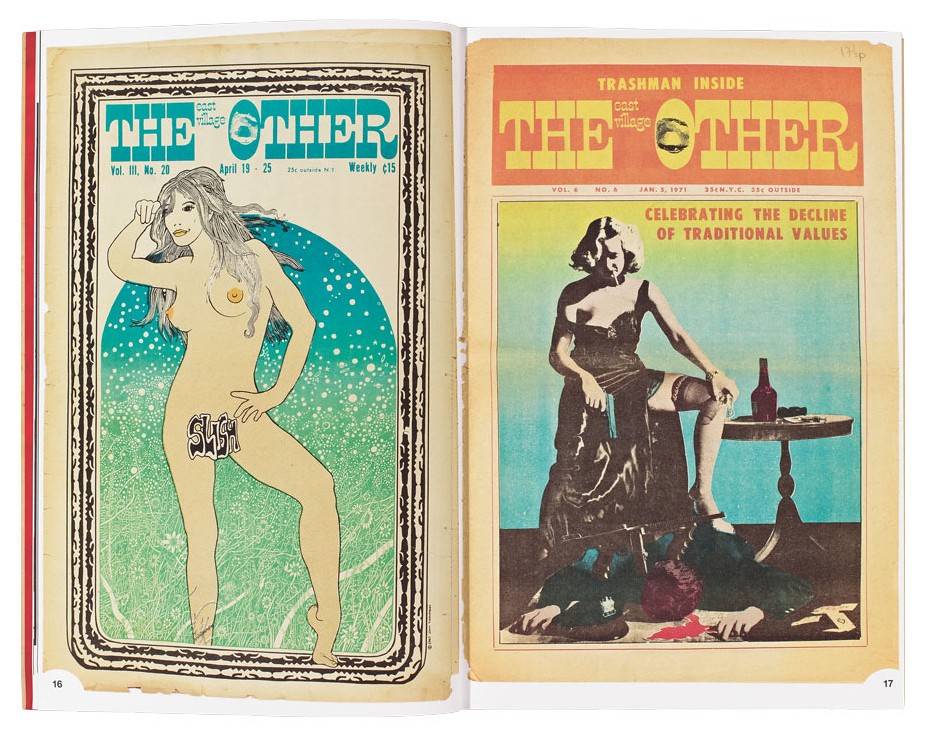 ‘Sex sells!’ was a 1960s motto. Though not as popular as ‘Peace now’, ‘Make love not war’ or ‘Let’s get wasted’, it spoke volumes about a counterculture that exhorted freedom, and profited from marketing it. Sex boosted the flaccid sales of socio-political underground newspapers and kept circulation numbers artificially inflated for a few years.

At 17, I was involved in the so-called ‘sexual revolution in the underground press’ as publisher of the New York Review of Sex and art director of Screw. Despite arrests (including my own, twice) and trials that changed some repressive laws, the underground sex press had limited impact on the body politic. But it was a rollicking historical moment, as the primitive Christian taboos on which American morality was built began to lose their grip on the nation. The revolution started in the US, but France, England and Holland soon joined the party.

Sex Press (a companion to Free Press: Underground and Alternative Publications, 1965-1975 by Jean-François Bizot) is a scrapbook from that time, consisting of covers and pages from a broad swathe of American, French and English political undergrounds and sex papers, including many I had never heard of. The material is jumbled together in loosely defined categories: ‘Sexus Politicus!’, ‘All Together?’, ‘Women’s Lib!’, ‘Get Naked!’ and ‘LGBT?’. But many important publications are left out – a shame, since the odds of another book of this kind are slim.

While this is not an exhaustive history, the extended captions in the back of the book are substantial. The compilers cover a lot of European ground; and I was pleased to see covers of OZ, the English magazine whose editors were busted for ‘Conspiracy to deprave and corrupt the Morals of the Young of the Realm’. Although not technically part of the sex press, it certainly contributed to the overall taboo-busting. But where is Willem de Ridder’s Wet Dream Festival? Suck, which he founded, is represented, and there is a bland page from his otherwise brilliantly designed Virgin Sperm Dancer special, but they missed a chance to show an inspiring graphic presentation.

As a participant in this history, I am fixated on flaws and omissions. Coverage of the New York papers, in which this revolution actually began, is full of holes. John Wilcock’s Other Scenes gets a lot of space, but it was not a sex paper and did not take the same risks. The East Village Other is duly represented – it was the first to run the softcore ‘Slum Goddess of the Lower East Side’ and more or less launched the raunchy underground comics in New York – but there is no sign of its sex paper KISS (the X-rated comics R. Crumb did for it are shown only in a French publication), or Pleasure, the sex paper published by the primarily political RAT. My own publication, The New York Review of Sex and Politics, doesn’t appear either; nor the self-deprecating Smut, published by Screw.

But the single oddest flaw is one of diminution. There are only a couple of uninspired pages from Screw, which was, as its early motto read, ‘the first and best in the field it created’. Incidentally, the cover image that is reproduced was actually from The New York Review of Sex ad that, according to court records, was the reason for arresting me and my co-publishers during the big sex paper take-down of 1969.

Enough grousing. This book will doubtless inflame those who believe the sex papers exploited and dehumanised women. Which is true. But it is not simply kicking up the dust again: Sex Press allows readers to see how attitudes to and depictions of sex have changed since the 1960s. Prurience existed because government and church legislated what was sexually right and wrong. The sex press existed to challenge those assumptions and, yes, make some money in the process.

The cover of Sex Press, which borrows from the 100th issue of it (formerly International Times).
Top: spread from Sex Press showing covers from The East Village Other. Left cover drawn by John Thompson. 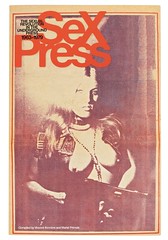