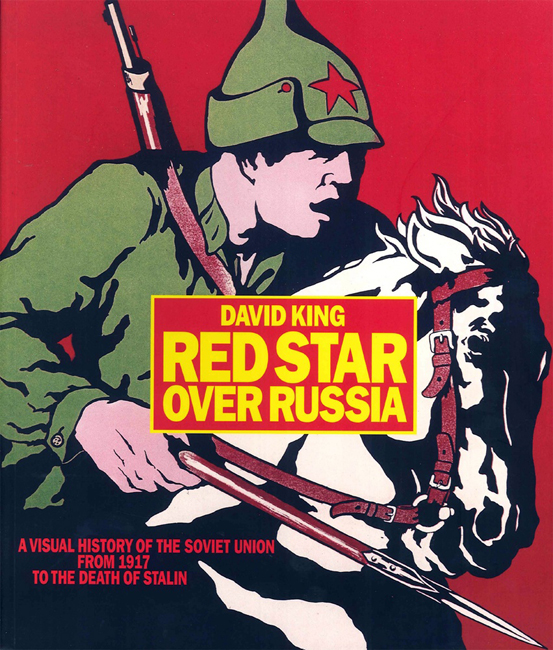 In 1970 David King was in Moscow, researching a feature on Lenin for the Sunday Times Magazine, where he was art editor. ‘I opened the door to my room and interrupted somebody leafing through my notebooks. It didn’t matter. I had nothing to hide and in a way was rather expecting it. He said sorry in English and left, empty-handed. I remember being glad it wasn’t the 1930s.’

King’s fascination with the country (‘I found Soviet place names indescribably romantic’) had begun in his childhood, with his grandfather, who had gone there to build the railways, and his geography teacher Mrs Raines, who ‘was, I realise now, a Stalinist’.

King has been collecting images of Russia ever since that first visit in 1970, resulting in an unparalleled archive of 250,000 artefacts, including photographs, graphics, newspapers and ceramics. His Red Star Over Russia draws on that collection to make a visual history of the Soviet Union from 1917 to the death of Stalin.

The book has just enough commentary to let the pictures speak: from the optimism of the early post-revolutionary years and their avant-garde graphics, to the expressionless faces of the victims of Stalin’s show trials, and Dmitrii Baltermans’ 1942 photographs of the aftermath of war in the Crimea.

‘No other designer contributed more to the Stalin Cult,’ King says of the Latvian Constructivist Gustav Klutsis. But despite his propaganda work, Klutsis was arrested in January 1938 and shot on 26 February, along with 63 other Latvian artists and intellectuals.

This is a powerful and immaculately produced reminder that ‘history’ is the story of real people’s lives.