American Mirror: The Life and Art of Norman Rockwell 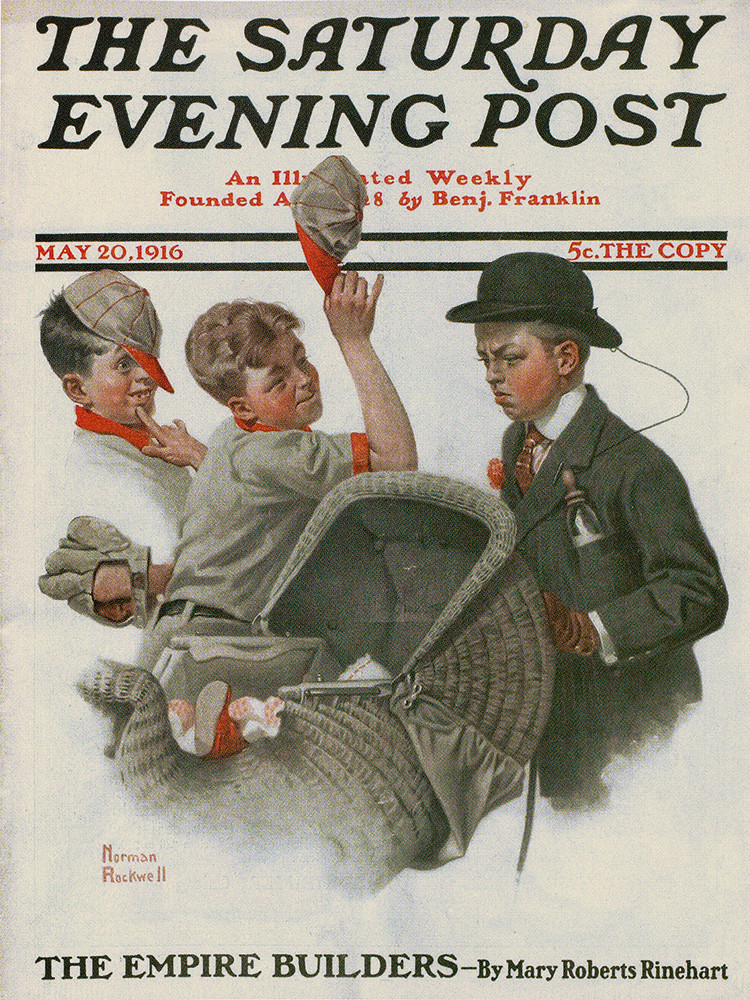 Is any contemporary illustrator a household name today? Not in the same way that Norman Rockwell was. He came of age in the United States when magazine and book illustrators were brands with distinct personalities and métiers – and rock-star-sized followings. Enthusiastic fans invested their loyalty in the artists and their faith in the illustrations. In Rockwell’s case, whenever his work diverged from the identity he established as chronicler of the American dream he received torrents of protest.

The funny thing is, he was not the artist /spokesperson for Middle America he was made out to be; his work did not lead in a straight line to patriotism, love of family or moral certitude. As Deborah Solomon so masterfully reveals in this biography, the man who created some of America’s most treasured pictorial images – among them, The Four Freedoms, illustrating Franklin D. Roosevelt’s 1941 State of the Union speech – was a mass of psychological complexities and personal contradictions. Solomon’s telling of his story is mostly a page-turning treat. Solomon weaves a narrative based on his questioned sexuality – the book’s homoerotic innuendo has prompted angry responses from some of Rockwell’s family and followers – his surprising insecurity, his marital difficulties, conversion to liberal politics and continued affair with psychoanalysis. Rockwell was obsessive and compulsive, although not exactly diagnosed as such (as if that were not already visible in his amazingly detailed, Vermeer-like paintings). His need for exactitude was manifest in his quest for the perfect models, often young boys. Rockwell became known as the painter of prepubescent boys caught in comically posed yet realistic situations. His career began at the Saturday Evening Post (where he produced more than 250 covers in 30 years) with a painting of a young boy pushing a pram carrying his infant sibling while two other boys in baseball gear taunt him.

For Solomon, this picture is a key to some of the Rockwellian symbolism born of his own childhood, with a father who chided him for not being man enough and a mother who had her own heavy baggage.

Solomon unlocks those and other bags of Rockwell’s life. She relies on his own autobiography, My Adventures as an Illustrator, and newspaper clippings – Rockwell’s movements were often covered in local papers. The latter often contradicts the former. He apparently gets dates wrong and ignores important issues, such as the death of his alcoholic wife, Mary. Snippets of interviews with children, former models and neighbours, particularly later in the book, help to explain the quirks of the most famous illustrator – and arguably the most famous artist – in the US during his lifetime.

I have spent time in Stockbridge, where Rockwell lived for the last 25 years of his life, and at the Rockwell Museum there, so I appreciated how vividly Solomon brought to life the town, its inhabitants and Rockwell’s relationship with it and them. Stockbridge was a hotbed of psychoanalytic research, and Rockwell was clearly one of the studies. Nonetheless, I began reading this book not for pleasure but as a duty.

Rockwell made TV appearances in the 1960s, as a guest of Johnny Carson and other talk hosts, talking about his antiquated methods. As a young illustrator, I wanted to get as far away as possible from that slavishly realist, bloated style of illustration. What I was blind to, and what his many imitators failed to reproduce, was the humanity in his early work and the political core of his later canvases. After the Saturday Evening Post set Rockwell adrift (without recompense for years of service), he devoted himself to liberal (or as Solomon notes, ‘new left’) causes.

Risking the loss of his Middle American fanbase, he created paintings criticising the war in Vietnam and promoting civil rights and the peace movement. His work was not, as some argue, social realist propaganda, but characterised by an intense concern for social values and political realities.

American Mirror: The Life and Art of Norman Rockwell is not a biography for Rockwell fans alone. It is not an art or design book (the reader looking for well reproduced images can choose from dozens of other books), but a standard format, with acceptable typography, tight margins, and a bound section of colour reproductions. It is frustrating not to see really good full colour illustrations, but it is a treat to learn about his methods and madness in a solid critical biography. I came away loving Rockwell, warts and all.

Cover of American Mirror.
Top: ‘Boy with Baby Carriage’, 1916, Norman Rockwell’s first cover for the Saturday Evening Post, a picture which Deborah Solomon sees as a key to Rockwell’s symbolism. 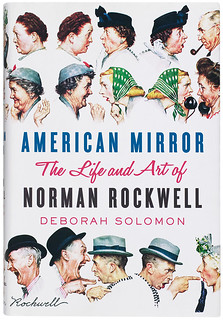