Verbalising the Visual: Translating Art and Design into Words 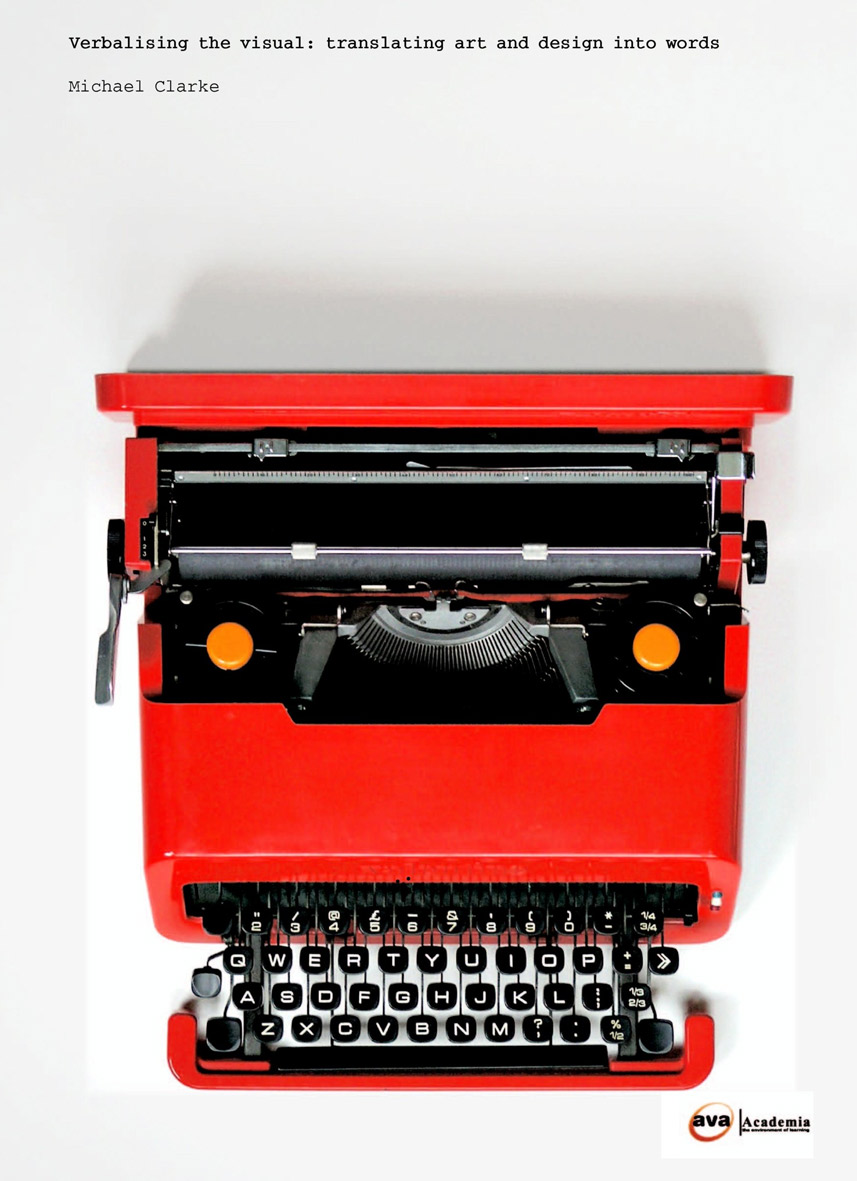 In what ways does language shape our understanding of art and design? This is the central question explored by Michael Clarke, journalist and lecturer at the London College of Communication (LCC), in Verbalising the Visual.

While this subject is of interest to many beyond the classroom, the book’s primary readership will be art and design students. They are the ones most frequently required to verbalise the visual, in the form of essays and reports, class presentations and critiques. A guide to these tasks would surely be much appreciated, both by students (particularly those who are not native English-speakers) and the tutors who must mark large quantities of essays. Such a book would include advice on selecting a dissertation topic, conducting and organising research, as well as basic instructions on how to attribute references and sources.

Clarke shies away from any ‘how to’ responsibilities, however, favouring what he calls an ‘interrogative’ approach, which is better suited to his interest in exposing the ‘unstable relation between words, objects and meanings’. He wants his student readers to share in his passion for this ‘unstable relation’ beyond their day-to-day needs. ‘The greater our awareness of the many dimensions of a language the greater the possibilities available to us,’ Clarke writes. And he attempts to open up language so his readers can see all its constituent parts, not just the bits they will need to graduate. The first chapter introduces some basic principles of linguistics such as signification, difference and myth through reference to Ferdinand de Saussure and Roland Barthes before enumerating the uses of language – naming, describing, contextualising, analysing, interpreting and evaluating – as well as devices such as simile and metaphor. These pages are peppered with visual examples of art, design, architecture and photography, paired with descriptions clipped from magazines, newspapers, design history books and exhibition catalogues. These elements, in which one seeks correspondence, or at least a resolution of the tension between text and image, are among the most engaging elements of the book.

Chapters two and three examine the different types of formal language used by what Clarke calls ‘professionals’ – he means critics, historians, artists, designers and architects – and then the informal language used by journalists and ‘sub-cultural’ groups. He points out that academic language tends to be dominated by a vocabulary derived from Greek and Latin origins, while colloquial language is filled with words of Anglo-Saxon descent, citing texts by two feminist academics, one by Griselda Pollock for an academic book and a newspaper article by Germaine Greer, to prove his point. While this kind of etymological distinction is interesting, I feel there are other, clearer, signals that would be more useful for a student negotiating the world of Wikipedia, trying to distinguish between reliable and fatuous sources. These indications are to do with the context or framing of a piece of writing – whether or not it has footnotes, appears in a peer-reviewed journal, references other research in its field, cites primary sources, and so on.

The second part of the book is devoted to extracts from student essays: critical reviews, reflective journals, or assignments such as ‘why I chose graphic design.’ Unfortunately the work is of uneven quality – he has chosen a representative sampling of his students rather than exemplars. Clarke wants to empower art and design students but has chosen an odd way to do so. I fear that those who would benefit most from his counsel may not stay with his book long enough to reap its reward.

Top: Cover for Verbalising the Visual: Translating Art and Design into Words, by Michael Clarke.