Yes we can change

What Design Can Do México City 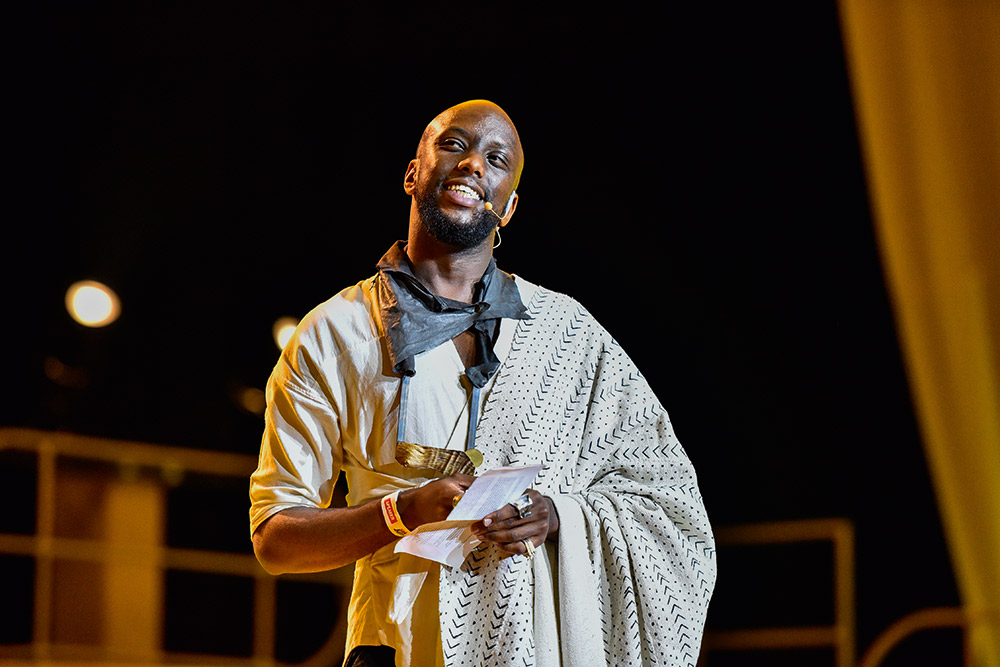 Sunny Dolat, co-founder of The Nest Collective, at What Design Can Do México City, 2019.

The design world is full of international festivals: D&AD, Ladfest, AGI Open, Semi Permanent, Kerning (see page 98), ATypI, TypeCon and many more. What Design Can Do (WDCD) – described as ‘an international platform on the impact of design’ – aims to discuss design’s role in re-shaping society, systems, perceptions and governments for the benefit of the planet and all its people.

The first ever WDCD was held in Amsterdam in 2010, organised by Richard van der Laken and Pepijn Zurburg, co-founders of De Designpolitie agency. The Dutch conference spread its wings to Brazil (São Paolo) in 2017, and to México City for a three-day event in May 2019. (The platform currently hosts a ‘Clean Energy Challenge’ in Amsterdam, São Paolo, México City, Delhi and Nairobi, with aims to extend the conference to include India in the coming years.)

The tone for the event took shape at the Palacio. Mexican fashion designer Carla Fernández read an impassioned manifesto while models strode behind her, some of them wearing garments adorned with words and images commenting on the need for universally legalised abortion and bodily autonomy. French artist Mr Brainwash addressed the audience with positivity, saying: ‘Passion needs patience. Nothing is done overnight. You have to take the chance and the time to do it. It’s all about believing and dreaming.’ This was said while standing in front of a slide that read: ‘What Can We Do With Design? Make The World A Better Place.’ The feminist punk collective Pussy Riot closed the launch evening with a performance in their signature manner – defiant and critical – joined by invited local activists who pointed to police corruption, femicide and the disappeared, plus other pressing subjects in Mexico.

At the more conventionally structured conference, stand-out speakers such as food designer Marije Vogelzang and set designer Marcus Lyall moved and compelled the audience to think differently about how design can be employed to change minds, provide solace and connect populations.

Sunny Dolat’s talk focused on three words: beauty, dignity and honour. Like many other speakers, Dolat, a Kenyan fashion stylist, creative director and co-founder of The Nest Collective, was strikingly forthcoming with personal information, immediately identifying himself as ‘black, African and queer’ before pointing to the persistence of Africa being spoken about in broad and imprecise terms. In his work, Dolat desires to expand the global perception of what African fashion looks like, stating that the continent is defined by the aesthetics of only six of 54 countries; his aim is to present an image that aligns to his lived experience. ‘We are more than the struggle … [we are] sassy, defiant, whole.’ The Nest Collective published the book Not African Enough (under Dolat’s creative direction) in 2017 to challenge such narrow expectations.

Ahmed Shihab-Eldin, senior reporter at Al Jazeera Plus, reflected on accusations of being an activist rather than a journalist. Shihab-Eldin works in some of the darkest corners of the world and aims to correct misrepresentation, championing transparency over objectivity. Equally moving was a pre-recorded video presentation by actor and activist Diego Luna who spoke about an observed loss of empathy in the face of the magnitude of the immigration crisis, which he said, ‘defines us, defines humanity’. Luna said that Mexico needs to set an example through ‘empathy, compassion, love and respect’ in the face of the continuing tensions at the country’s northern border.

On day two, design and architecture critic Tracy Metz gave a talk entitled ‘Where will they go? Water, war and climate justice’. Metz spoke about the dehumanisation of immigrants and the weaponisation of fresh water at border crossings where ‘water has become a symbol of the loss of life’. Metz presented irrefutable data about the tens of millions of people currently being displaced by natural disasters every year and reiterated NATO’s prediction of future climate wars, noting that at present, a person cannot claim asylum for climate disaster despite the severity of suffering in countries where people are worst affected.

Pentagram partner Marina Willer (see p.94, opposite) danced joyfully on the WDCD stage while presenting her body of work for clients such as Nesta, the Hay Festival, the BBC, Oxfam and others: ‘These are things I care about; they are not just clients, they are partners and collaborators.’

Story designer Steye Hallema’s Smartphone Orchestra was a highlight of both the opening evening and the conference programme. His two interactive performances were entirely dependent on audience participation, the first of which had audience members with smartphones and an internet connection load the same website. Their phones rhythmically played single notes – different from their neighbours – and flashed bright colours on screen, which had an entertaining and unifying effect. At the conference, the performance had a more critical edge. A seductive female voice gave instructions encouraging the audience to interact with one another, stand and move around the space and reminded users, in a gentle but pointed manner, of the addiction and ubiquity of smart-phone usage in modern life: ‘To turn me on, you need to turn me off.’

Through its varied choice of international designers, artists, activists, innovators and commentators, the conference tackled big issues including the climate emergency, racism, homophobia, political persecution, the migrant crisis and natural disaster, among other things. The conference also addressed its own carbon footprint – through third-party data on mobility, energy, food, drink and sanitation accrued from audience members and conference organisers. The organisers also pledged to offset the environmental impact of the conference through the planting of 5962 trees. WDCD México City was nothing short of remarkable in its ability to inspire us while encouraging critical reflection upon design’s role in the world.