‘Since the outbreak of Covid-19, the world feels more united. This may be a trigger in the future for how we can be more unified and achieve results as a world collective.’ [EXTRACT] 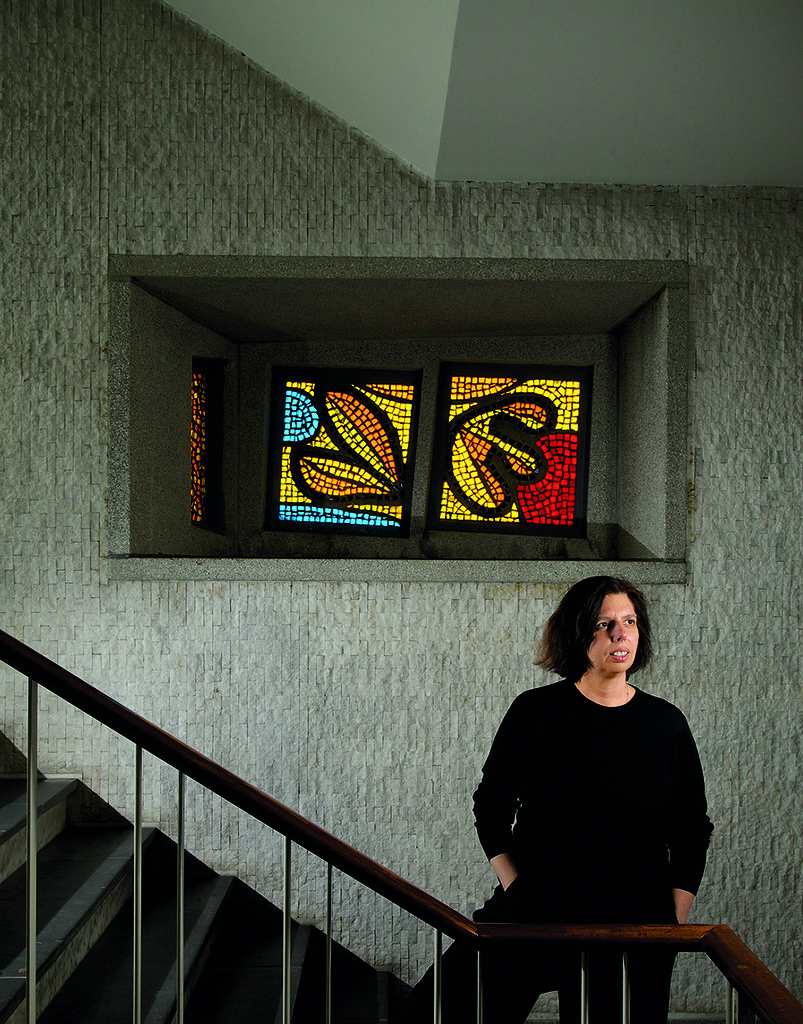 Liza Enebeis is the creative director at Studio Dumbar and an initiator of DEMO, the Design in Motion Festival. Dumbar (now part of Dept) is an award-winning international agency with a Dutch heritage (see Eye nos. 1 and 19), focusing on ‘visual branding’. Enebeis is involved with all Dumbar’s leading projects, including the visual identity for NGO Alzheimer Nederland, Transavia airlines and the ‘brand refresh’ of the Van Gogh Museum. An MA Design graduate from the Royal College of Art in London, Enebeis worked in David Hillman’s team at Pentagram London for several years before joining Studio Dumbar. In 2004 she co-founded the podcast station Typeradio.org with Donald Beekman and the type foundry Underware. Typeradio (see Eye 98), co-hosted by Enebeis and Beekman from the beginning, has an archive of more than 500 informal, entertaining interviews with type designers, typographers and designers, all of which are available for free download. In 2018 Enebeis was elected a member of the international design association AGI (Alliance Graphique Internationale).

Eye Does the term graphic design still work for you? Does it describe what you do?

Liza Enebeis I’ve been thinking about this, and recently I searched online and found ‘What do we call ourselves now?’, by Steven Heller [Eye 63, 2007], which was exactly what I needed. Graphic no, design yes. ‘Graphic’ is too narrow. Studio Dumbar has undergone some big changes and we are now part of Dept, an agency that focuses on everything digital. You can see how much it’s really pushed us to think further. In the past few years our way of working has transformed, from one designer working in isolation, to working in a team that is a combination of a motion designer, a sound designer, a type designer, a visual designer and a creative coder. Our project output has also changed. The majority of projects begin with motion, and we also design our own tools. Technology has really influenced the way we design and what we design.

You work as part of a big, mainly digital agency, but you have always been involved in public-spirited projects in support of the design community, such as Typeradio, your ‘agony aunt’ column Letters to Love Liza, the Instagram account Books Love Liza and now DEMO, the Design
in Motion festival. Why do you do this?

I do Typeradio because I love to ask questions. I am curious – and I have had that since I was a child. I used to make ‘pretend radio’, so when the chance came by, I had to do it. With DEMO it’s exciting that we can share the work, find a voice for everyone and share it in a public space. In a way, this is also part of my role in the studio – directing and guiding the other designers without preconceptions and preconditions.

But I guess the underlining idea with anything I do, whether I work with designers in the studio, or on DEMO or Typeradio, is really about exposing and showing the best of design to a bigger public. With DEMO I saw the potential of outdoor media and simultaneously realised that we see so much beautiful work in a very isolated way. It came from the urge to put the two together. … 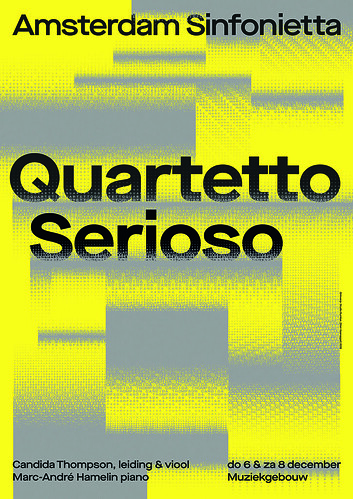 Design in Motion Festival
On Thursday 7 November 2019 the 80 screens normally used for OOH (out of home) advertising in Amsterdam Central Station displayed no advertisements for a continuous 24-hour period. Instead they showed motion work by designers from around the world for the first DEMO (Design in Motion Festival). DEMO was made possible by a partnership with OOH company, Exterion Media.

They selected the best examples – 400 works out of 2738 entries from 70 countries – to display on Exterion’s screens. In addition, the Dumbar team organised talks about motion design at the station’s Royal Waiting Room and set up a DEMO info kiosk next to Lil’ Amsterdam. DEMO’s intention was to show good work in a constantly changing festival experience witnessed by both invited guests and passers-by. Photos by Aad Hoogendoorn for DEMO.

Morning Walk (2018) by Roy Terhorst of Dutch studio Thonik (see Eye 99). ‘The printed poster is simply the still form of an animation,’ says Terhorst. ‘In these walking cubes, only the bottom one is animated in its rotation, the top one is reacting to it, using the bottom cube as a motor. Together they can walk forever.’ 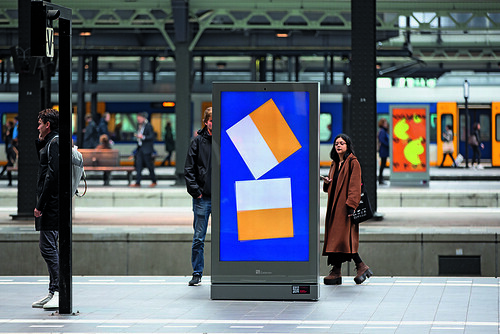 First Things First Manifesto 2000
The rules of typography according to crackpots / experts
The designer as author
Reputations: Ken Garland
The programmed designer