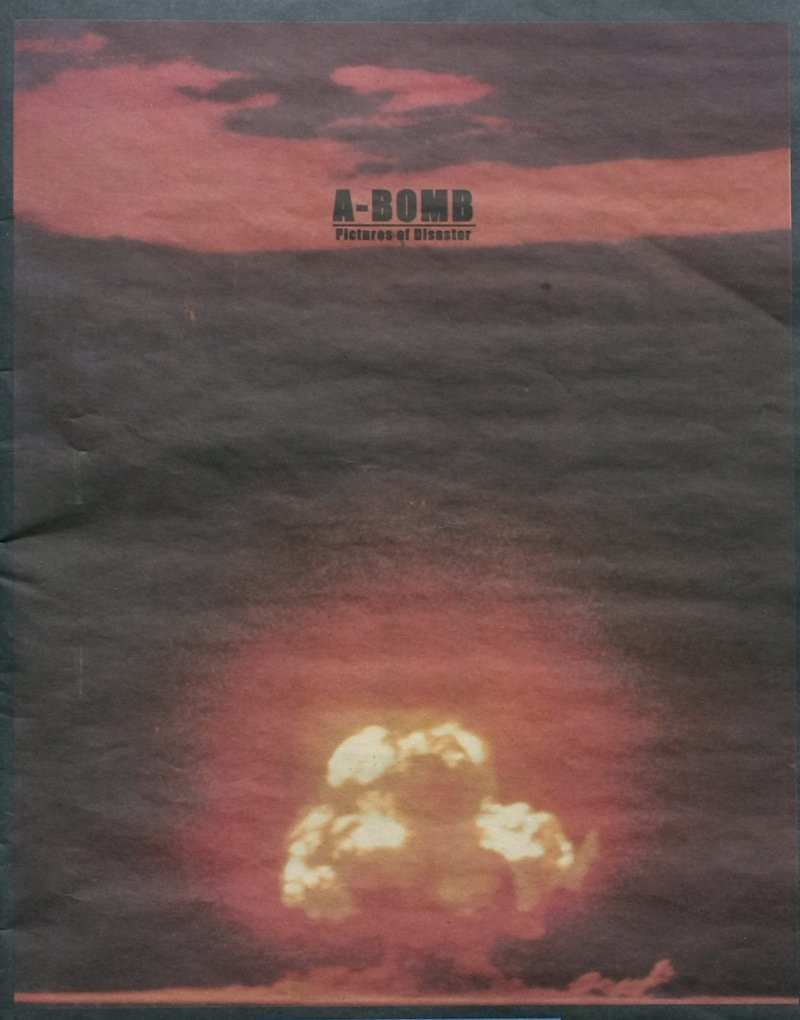 Thursday 7 March saw the opening of a new photography space, the London arm of Munich gallery Daniel Blau Ltd. Sandwiched in a narrow space, the gallery has a surprisingly generous floorplan, and its walls now play host to A-Bomb: Pictures of disaster.

Photographs of atomic bomb explosions, including tests from America and the Pacific and George R. Caron’s shots from a military plane above Hiroshima, span the early cold war period of 1945-70. Some photos are juxtaposed with fragments of written matter, often no more than a scrawled or typewritten label. 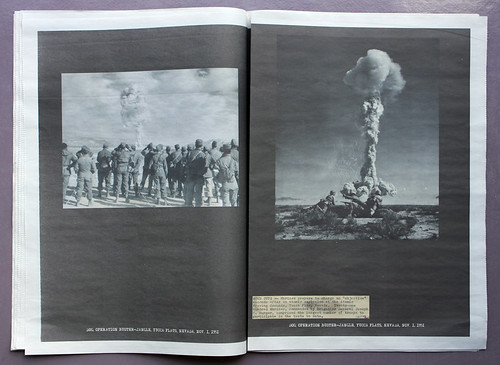 The exhibition is accompanied by a 48-page tabloid (to add to Eye’s teetering pile of newsprint) that acts as a substantial exhibition catalogue – and a morbid keepsake. 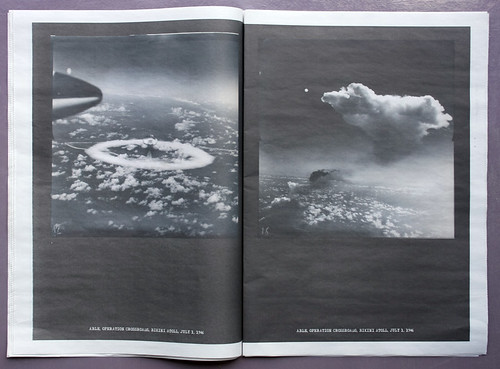 By the time of last night’s private view, every print bore a red dot, and the prices (which ranged from around £500 to at least £16,000) were being hurriedly covered up (using stickers or marker pens) by the gallery staff. A single private buyer had snapped up the entire collection. 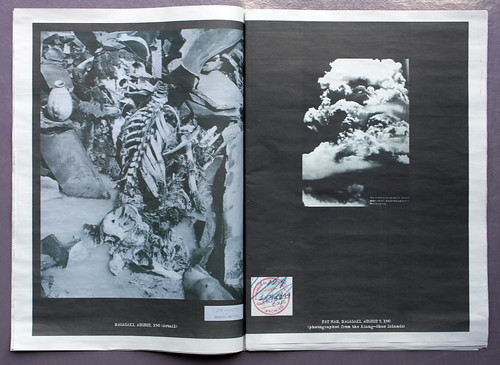