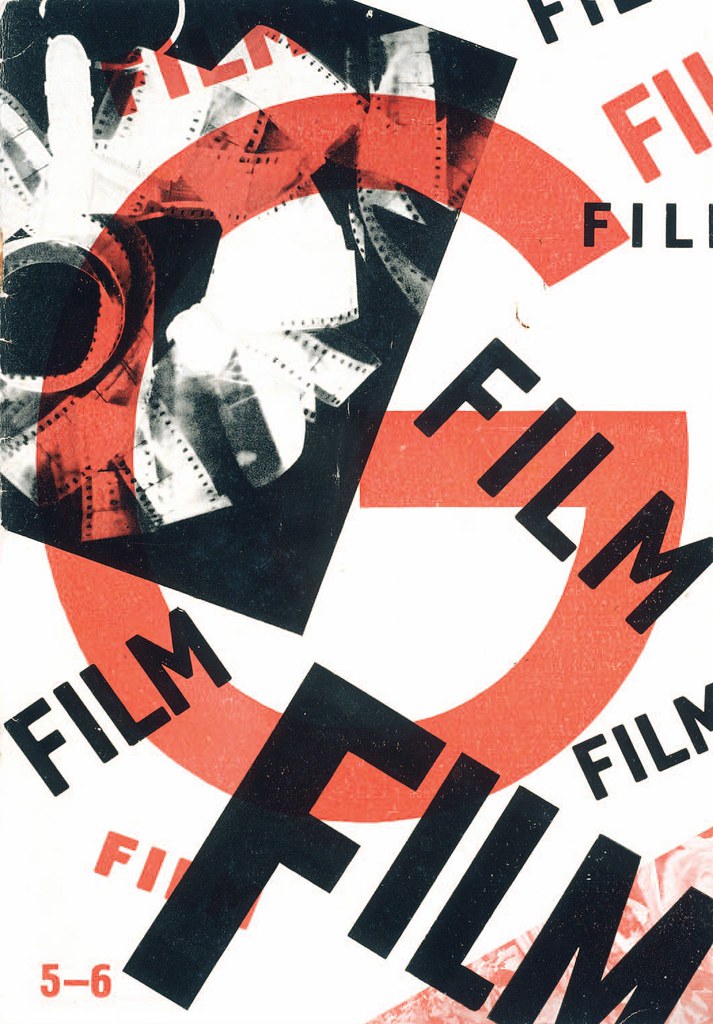 A new book due to be published by Tate Publishing next year reproduces all six editions of G, the avant-garde journal published by Hans Richter in Berlin between 1923 and 1926.

The journal was printed in facsimile form for the first time in 1986 by the estate of Hans Richter and Der Kern press (matched to original journals held by MoMA, New York), and translations have previously been available of the various essays. But never before has the journal been available in English in its original graphic form. 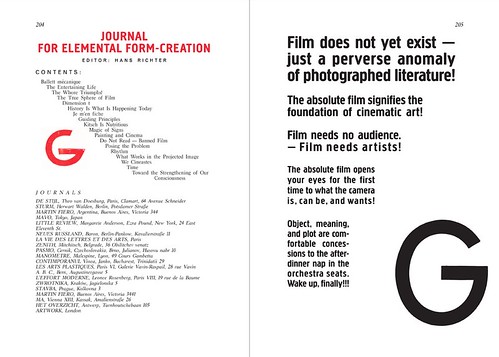 After painstaking work in collaboration with typographers and designers this facsimile translation provides an incredible record for designers, artists and historians not to mention an unprecedented opportunity for English-speaking audiences to experience G as close to its original design as possible. Tate Publishing plan to publish the book on 1 February 2011 – 35 years after Richter's death.

More than twenty typefaces appear over the six issues, some of which are out of use. Historic typefaces were either found or re-created using digital type technology. Akzidenz Grotesk appears extensively in G vol. 3 under five variations of a single weight. The English translation is shorter than the German by as much as fifteen per cent so enlarged type was used in some cases to maintain the design of the layouts. 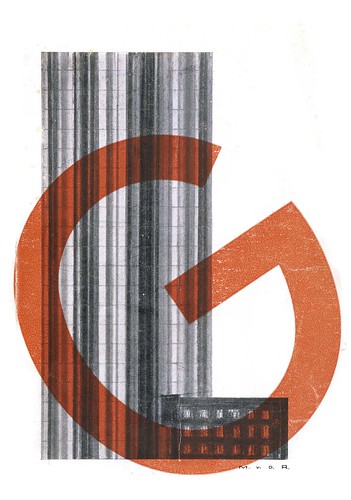 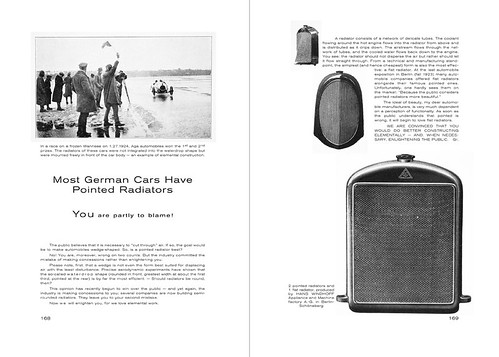 ‘In the editorial of the first issue, Richter posed the question: “Who is interested in G?” … I would venture to answer: Those who want to steep themselves in the atmosphere of the twenties, those interested in a first-hand account of the events and the intellectual currents of the day, and most of all those readers who delight and believe in the validity of artists’ visions.’ Marion von Hofacker, scholar and curator 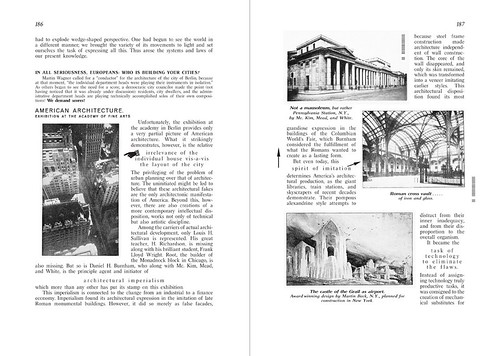