Joseph Cornell was an avid collector who crafted a playful universe all his own. His fragile creations are on display at the Royal Academy, London 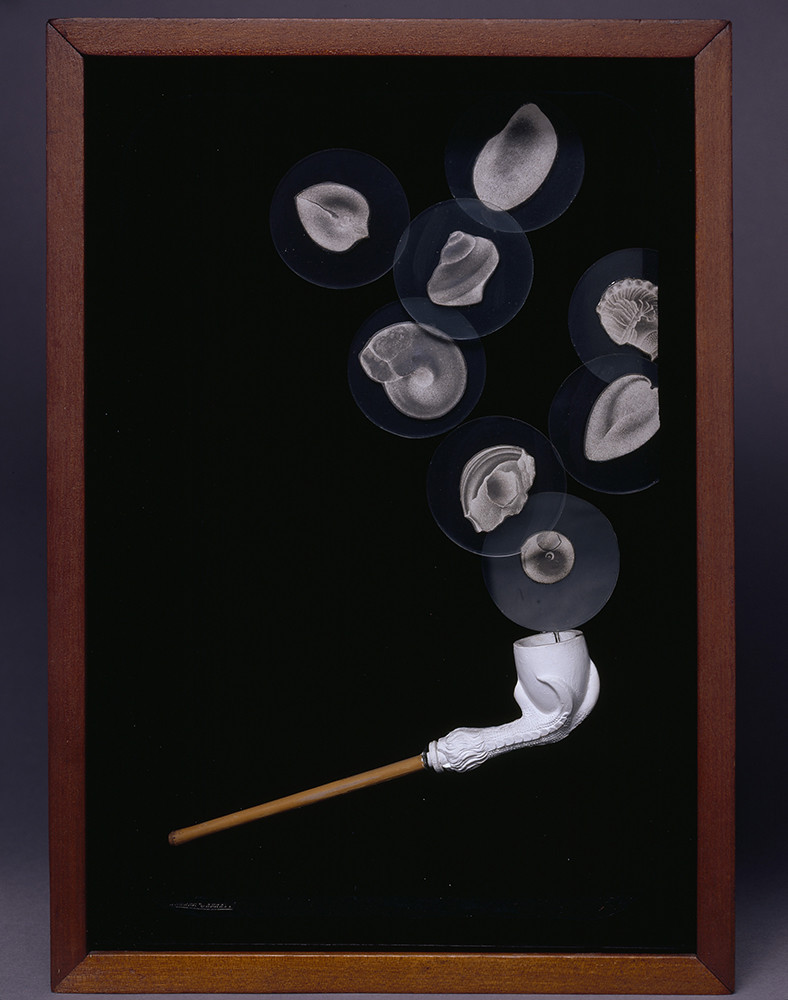 Collecting things in boxes has been a popular pastime for many people, from fossil hunters and natural history enthusiasts to A. A. Milne’s fictional Christopher Robin, who famously kept Alexander Beetle in a match-box, writes Clare Walters.

But the twentieth-century American artist Joseph Cornell (1903-1972) took this activity to extremes, carefully incorporating found objects and paper ephemera into his ‘shadow boxes’ – three-dimensional collages within glass-fronted wooden containers. Many of these, as well as his experimental films and two-dimensional collages, can be seen in this inspiring exhibition. 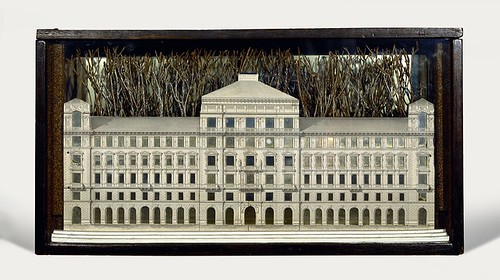 The soap bubble motif was one he regularly returned to, and a later 1941 interpretation of the same subject, Object (Soap Bubble Set), illustrates two enduring themes: playfulness and time. With its images of fossils apparently captured within glass bubbles blown from a clay pipe, the work links fleeting childhood games, such as bubble-blowing, to ancient lifeforms, suggesting both the transitory moment and the vast scale of evolutionary time. 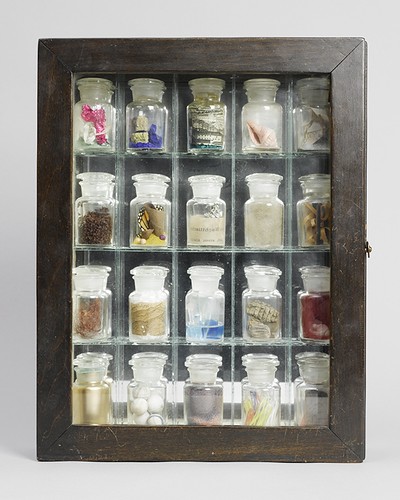 Scientific concepts and mathematical ideas intrigued Cornell. Many of his works incorporate geometric shapes, such as squares, circles and spirals, or are framed by a network of grids. The artist even named his studio – in the basement of the house in Utopia Parkway where he lived with his mother and disabled brother for most of his life – his ‘laboratory’. And over the years he created a series of ‘Pharmacies’: rows of glass bottles filled not with medicines to cure the body (which he never took himself owing to his Christian Scientist religion) but objects to stimulate the mind. 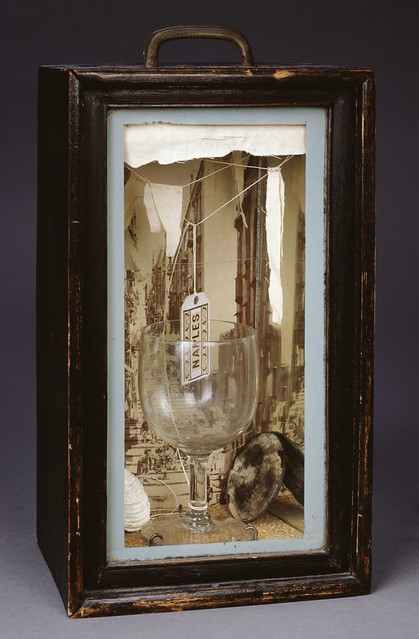 Science was only one of Cornell’s interests. Stars and the cosmos, photography and film-making, Renaissance and modern art, music – particularly opera and ballet – ornithology and penny slot machines all fascinated him. Although he never left the United States (and seldom even New York) this shy artist loved to dream of faraway countries and lost eras, collecting nineteenth-century Baedeker Guides, hotel advertisements, timetables and luggage tags.

Cornell’s shadow box Naples (1942) subtly encapsulates these different themes. The box, which has a handle at the top, is suggestive of a traveller’s suitcase. It is lined with an old photograph of a narrow Naples alleyway, in front of which is placed a glass, a tag and strings of suspended fabric, echoing the washing strung across the buildings in the photo. Also in the box is a shell – a reference the nineteenth-century ballerina Fanny Cerrito, who was born in Naples and was famous for rising from the stage in a cockleshell during a production of the ballet Ondine. 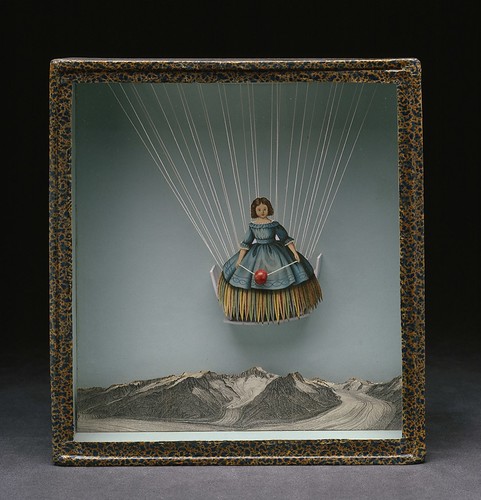 Wistful, rich in inspiration, with multiple layered references, each shadow box is a mini treasure chest waiting to be unpacked. The admirably clear captions and informative audio guide add depth and reveal the stories behind the objects. But in the end the works remain poetic enigmas that can be read in multiple ways. This gem of an exhibition is a sumptuous feast for the imagination.

The exhibtion will move to the Kunsthistorisches Museum, Vienna, from 20 October 2015-10 January 2016.

Habitat Group for a Shooting Gallery, 1943. 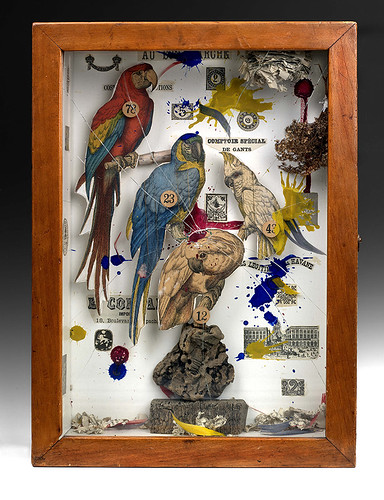 Frame from one of Cornell’s experimental films. 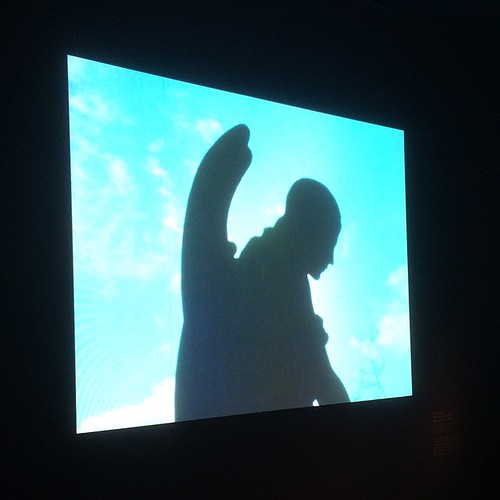 Two-dimensional collage in a concertina-fold booklet. 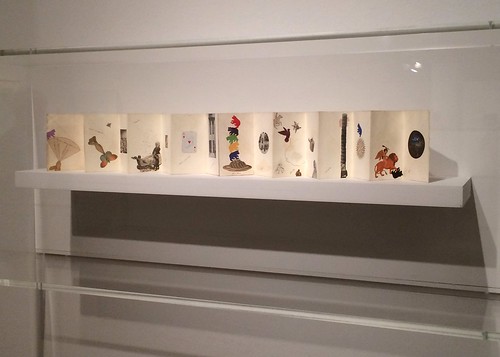 Toward the Blue Peninsula: for Emily Dickinson, ca. 1953. 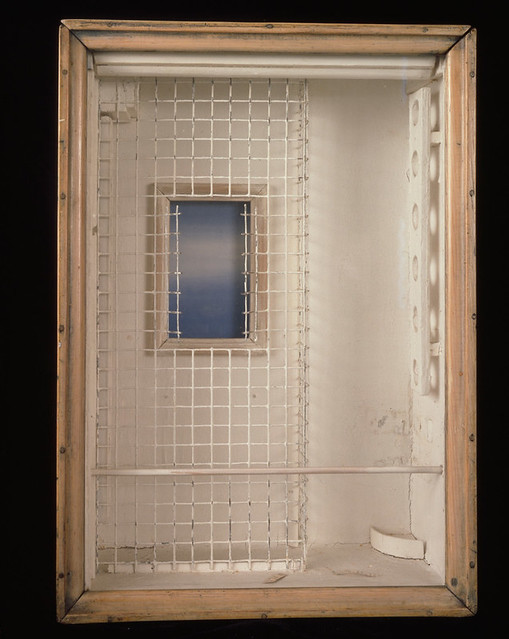