Brands, treacle and chaps with apps

‘The future of design’? Wednesday’s event at Wieden + Kennedy. 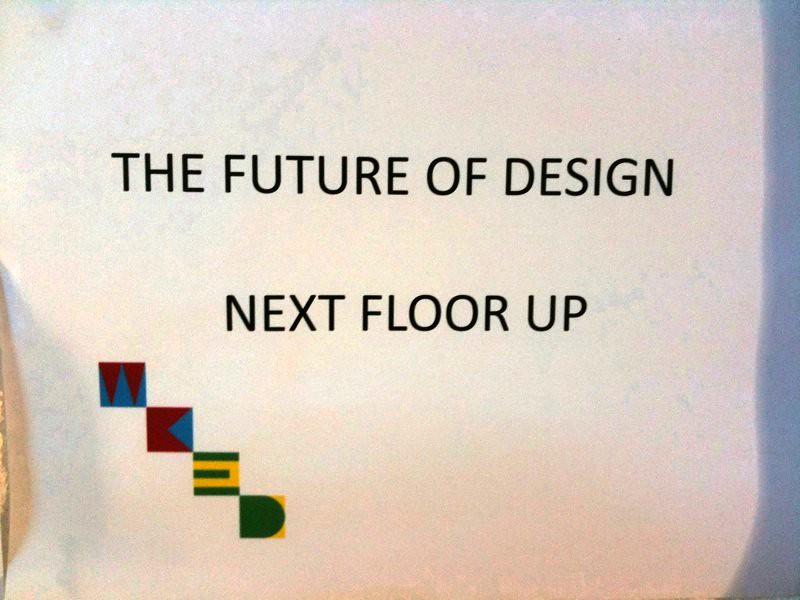 Last Wednesday night Wieden + Kennedy (and new director of design Ben Terrett) hosted a packed event entitled ‘The Future of Design’, with a panel curated to ensure a mix of opinion and media, writes Camilla Grey. 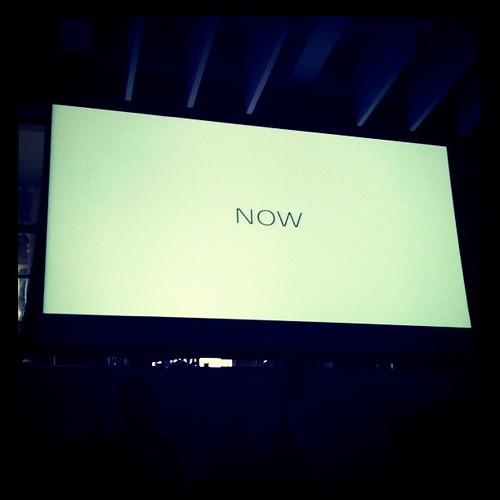 Above: Stuart Watson started by reminding us of the status quo. Photo: Camilla Grey.

Below: Marina Willer of Wolff Olins explains her part in the London 2012 branding. Photo: Simon Manchipp. 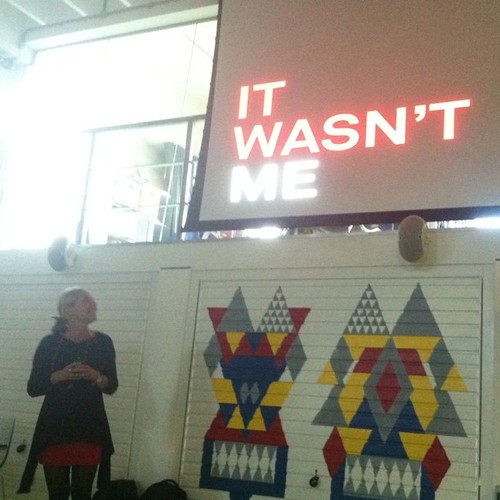 Designer / director Carl Burgess pulled our heartstrings with his low-budget tale of creating a video for electronic rock duo Ratatat with stock motion graphics DVDs shipped from a remote location in the US midwest. And then won all the men over with his Slayer video of girls rolling around in 1000 litres of treacle.

Wild child of Silicon Roundabout and one of the ‘chaps for apps’, Mills [who has a one-word name] from digital design studio Ustwo discovered sound effects for Keynote just in time to blow our minds and ears with his experience of ‘SuccailureTM’ – the art of successful failing. Mills took us on a journey through the App-Store-number-one highs and the zero-social-media-uptake lows associated with making apps, providing much-needed insight into the value that considered design can bring to digital products. 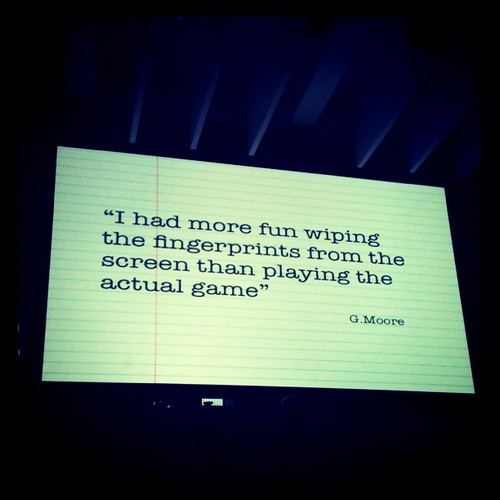 Above: Mills was not afraid to display user reactions to his own work. Photo: Camilla Grey.

Although Mills closed the night with a god-like pose set to the refrains of Hallelujah, I’ve saved the final part of this post for Mark Holt, formerly of 8vo (see ‘8vo: type and structure’ in Eye 37). Quiet and unostentatious, Holt brought us down from the crazy social media tree, closed our MacBook lids for a moment, and gave us a metaphorical clip round the ear for being so obsessed with computers. Having spent years creating perfectly hand-rendered Modernist graphics for clients such as Factory Records and the Museum Boymans-van Beuningen, not to mention 8vo’s own Octavo magazine, Holt cannot understand how ‘The Mac’ now seems to be the starting-point for everything. Borrowing from Picasso, he said that for him computers are just tools, something that lies towards the end-point of creativity and having ideas.Photographs by Camilla Grey.

Holt’s quote ended up on my Twitter feed (@CamillaStore) and quickly captured the imagination of other industry folk. Matt Jones of Berg tweeted back: ‘They are far weirder than tools. Computers are the weirdest thing humans have ever invented.’ Which was subsequently re-tweeted by cyberpunk novelist William Gibson. 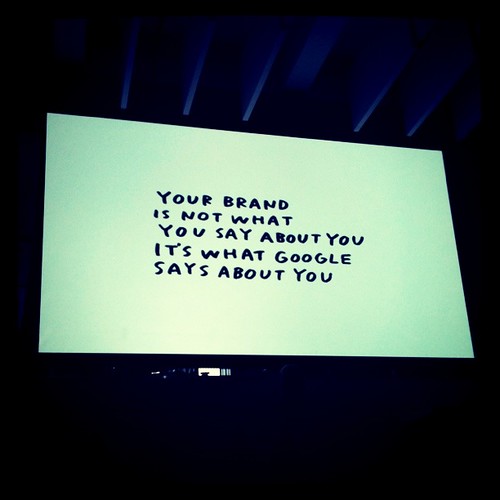 Above: the Wolff Olins philosophy for brands in the modern world. Photo: Camilla Grey.

But is our infatuation with technology truly a bad thing when technology helps us explore concepts and brings those ideas to life in ways previously unimaginable? As Holt said, however design is executed, what is important is the ability to ‘solve problems and find the best channels to execute them on’. William Gibson once said that ‘the future is not Google-able’ and, if the combined work from creative minds of the W+K panel is anything to go by, the future of design isn’t either.

Camilla Grey, @CamillaStore, is a digital strategist at Moving Brands.