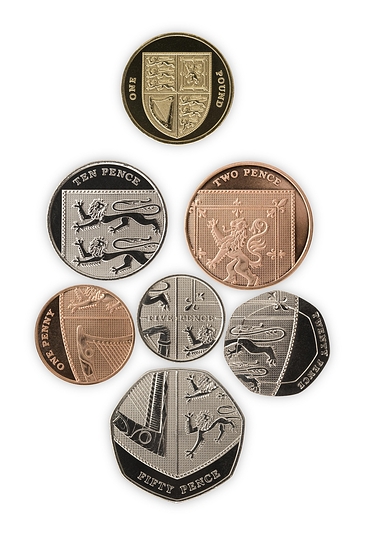 Presenter Richard E. Grant complained about his script (and had trouble getting his Ds and As in the right order), but he and president Garrick Hamm got everyone on and off the stage without incident.

It’s difficult to muster surprise when you have an embargoed press release in your inside pocket, but I still felt a genuine jolt of delight when Matt Dent (looking a little dazed, but thrilled) won first a yellow pencil and then a black pencil for his reverse designs for the UK’s ‘Definitive Circulating Coinage’ (above). Other black pencil winners included ART+COM’s dazzling ‘Kinetic Sculpture’ for BMW.

There were lots of music videos, virals, some witty ‘writing for design’ by Christopher Doyle and for some reason lots of condom campaigns. Or was it the same campaign entered for lots of different categories? After a while, in the context of general awards madness, lots of ‘creativity’ looks remarkably similar. Or maybe that was the wine. You can see all the winners on the D&AD site. Peter Saville (and his student assistant) now has the job of wrangling them into this year’s annual (more about that later).