Critique: All mouth and trousers?

London designers show how little they care for the poster form 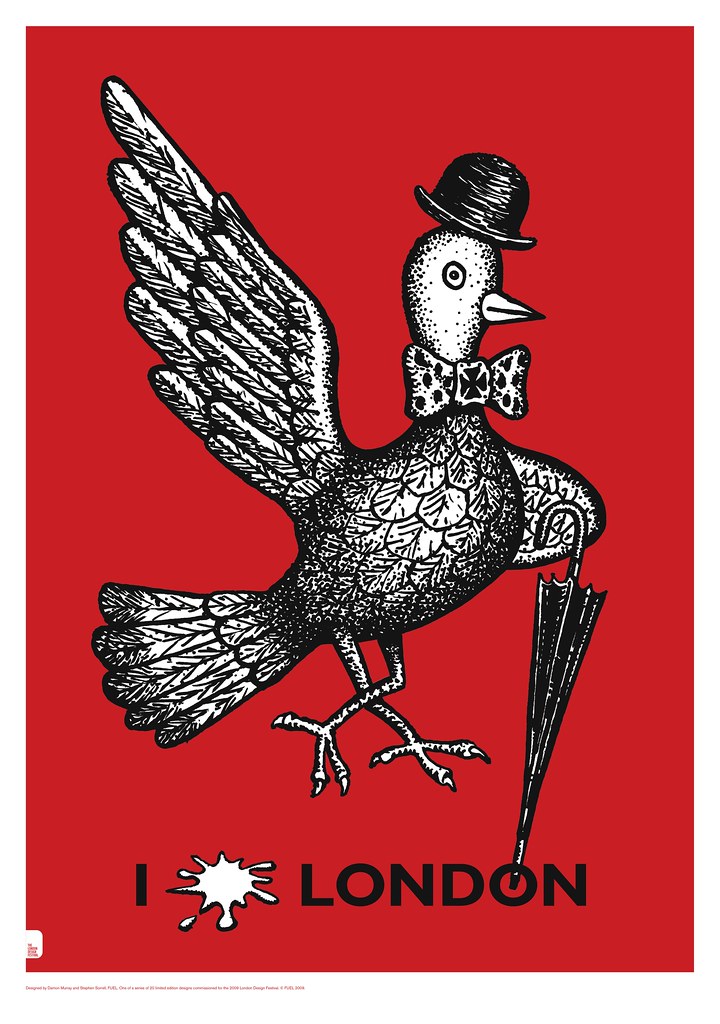 A few months ago, writes Rick Poynor, I was asked by the Design Museum to write a chapter on graphic design for a book entitled Design in Britain (Conran Octopus, October 2009). Wish I’d had the chance, while I was working on it, to see the posters commissioned by the London Design Festival’s founder, John Sorrell, and Pentagram’s Domenic Lippa for the festival in September 2009.

The twenty A1 images were displayed at the V&A for a short time and are now available as limited editions from Blanka. Created by leading British designers and studios, they provide an unusually concentrated opportunity to see where British graphic design is now. 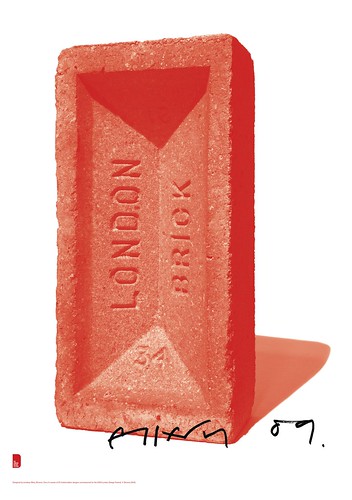 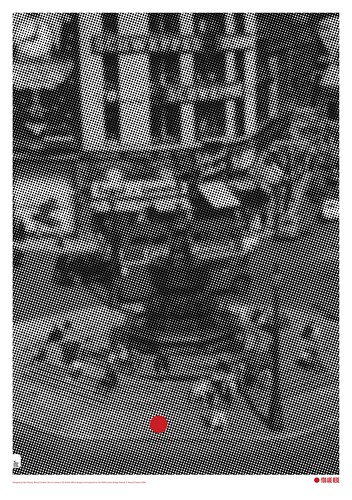 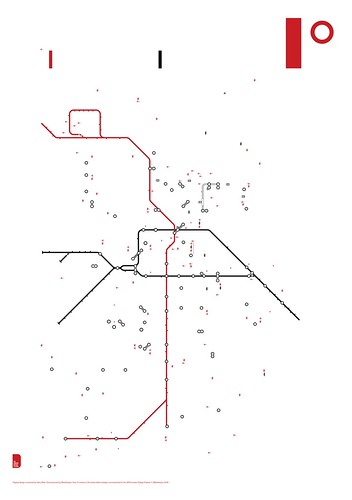 Above: Bibliothèque. Below: Matt Willey, Studio 8. 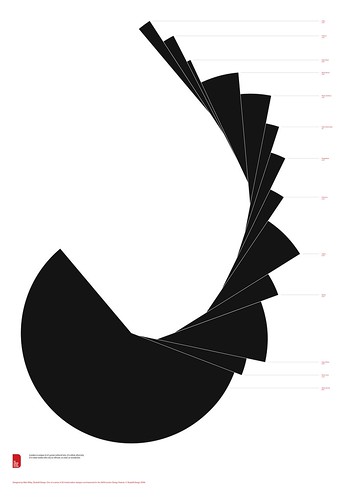 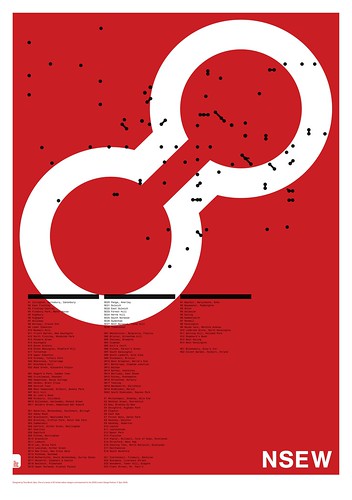 Below: Andy Altmann, Why Not Associates. 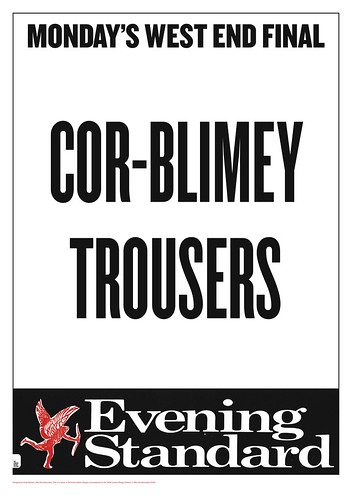 Only two projects feel entirely at home with the assertive demands of the street poster: Andy Altmann’s absurdist ‘Cor-blimey trousers’ jest (courtesy of Lonnie Donegan) imposed on an Evening Standard latest edition poster (above); and Alan Kitching’s ‘Taxi!’ (below), the sole image that convincingly expresses London’s excitement, although that was surely one of the project’s more obvious tasks. You can hear the clash and clamour of the streets in the explosive arrangement of letterpress type, and the energy of the graphic treatment more than redeems the obviousness of the subject matter. 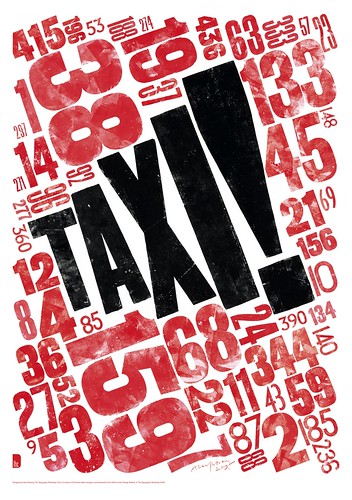 Above: Alan Kitching, The Typography Workshop.

While graphic design has always traded in the already familiar (less charitably, in the cliché), the choice of subject matter here is often predictable. Piccadilly Circus comes up a couple of times, London Underground twice, London buses three times, and even the pigeons rate a couple of mentions. Fuel’s amiable pest – some kind of comment on the City’s moneymen? – cocks a snook at us with an ‘I (splat) London’ (top). 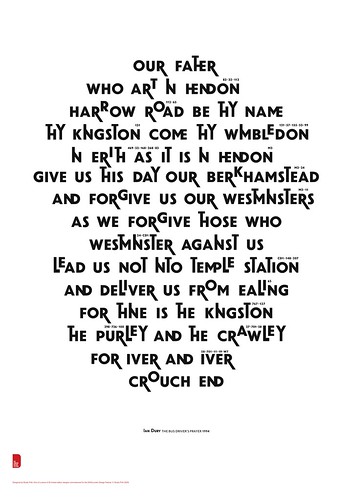 Here, again, the project that milks the cliché most vigorously proves the most diverting: Frith Kerr’s eccentric setting of Ian Dury’s version of ‘The Bus Driver’s Prayer’ (above) is easily the warmest, wittiest, most durable idea of the bunch, though is it really a poster? For that matter, is Nick Bell’s initially confounding graphic representation of the seventeen ‘lost’ rivers of London (below), where the vertical red strokes stand for the Thames? Poster or not, the refusal to settle for a trite, tourist’s interpretation puts this project in another league. 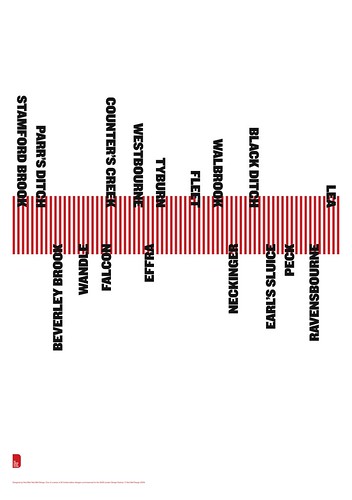 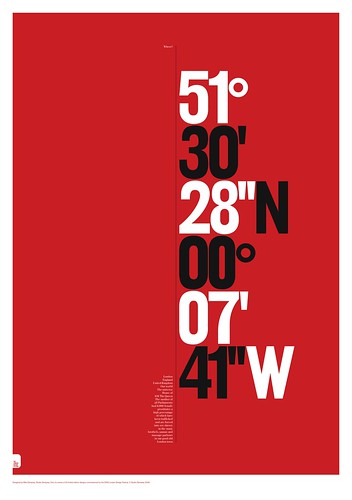 I also admired Mike Dempsey’s willingness to cast aside the restraints of professional decorum and broach the problem of prostitution (above). No one else is anywhere near this impassioned and provocative. Why hide it away in the small print? 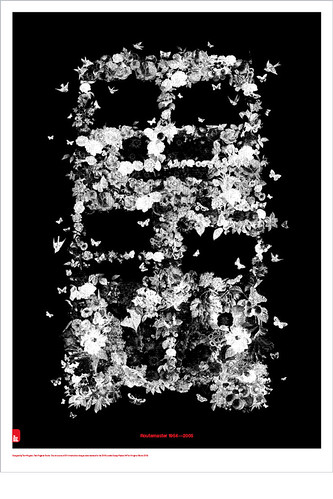 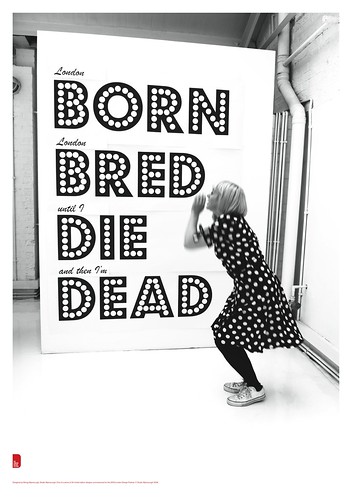 All posters available from Blanka.

This Critique appears in the printed edition of Eye 74 (Winter 2009), available now and on the Eye website. You can read all Rick Poynor’s Critiques for the magazine at bit.ly/Critiques.