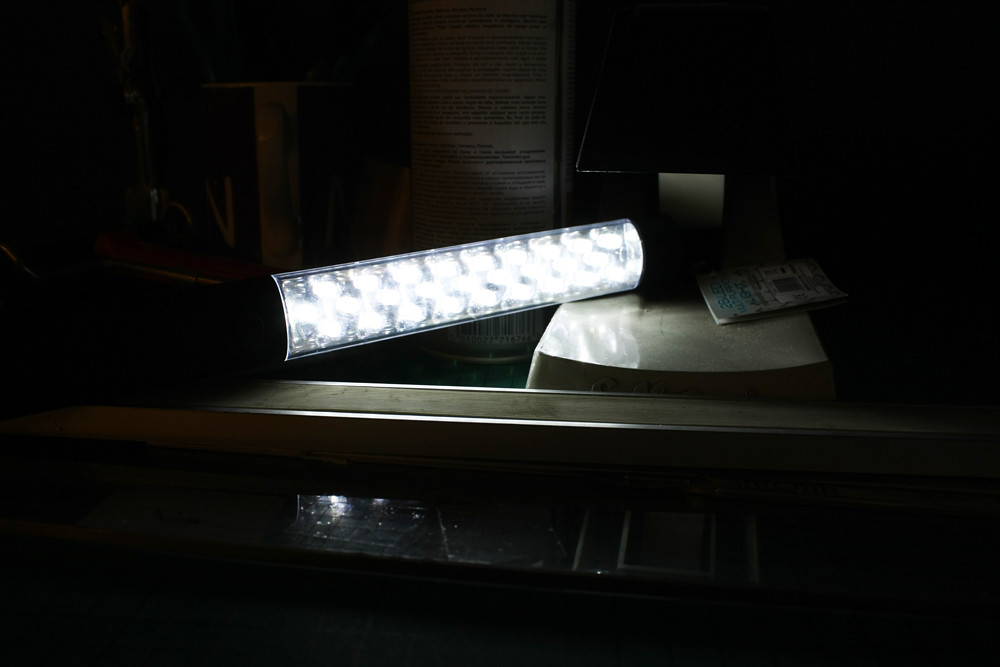 I pen this (literally) from my own personal pool of ghostly light writes Alexander Ecob .

As followers of our Twitter feed will know, the Eye workplace has been beset by the occasional power-outage in recent times. A variety of mains cables supplies our bit of Shoreditch, meaning that while we’re plunged into a darkness blacker than a Spinal Tap album cover, other studios are working on quite happily, leaving us to press our faces against their windows to bathe in their tungsten glow.

Our neighbours Crocodile took matters into their own hands and hired a generator to power their machines. 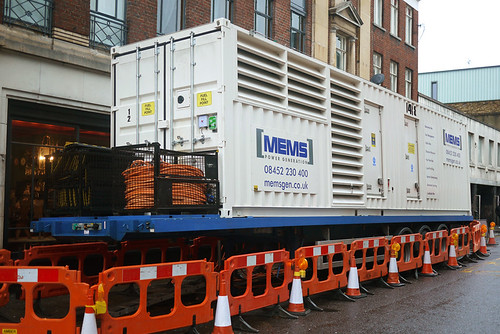 It seems they were out of smaller generators, as what turned up looks big enough to power the whole of N1, but we applaud their gung-ho, Top Gear enthusiasm. We took the equally British approach of popping out for tea and cakes (actually a Swiss King’s Cake, a twelfth-night tradition) in the hope that the power would be back when we returned.

It wasn’t, so the rest of the crew went off to the repro house (sending off Eye 78), or to exhibitions, or home, while I wrote this by the light of a UFO-like LED spotlight. 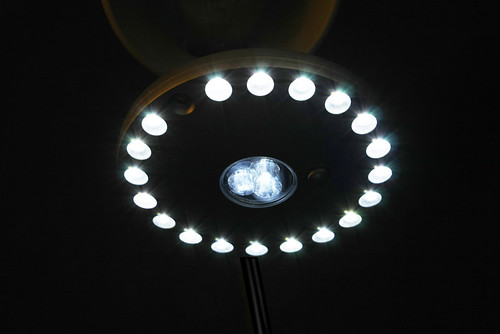 Eye is the world’s most beautiful and collectable graphic design journal, published quarterly for professional designers, students and anyone interested in critical, informed writing about graphic design and visual culture. It’s available from all good design bookshops and online at the Eye shop. Eye 78 is on press. For a taste of the last issue, no. 77, see Eye before you buy on Issuu.