Colin Davies on 2:46 Aftershocks, a response to the earthquakes in Japan 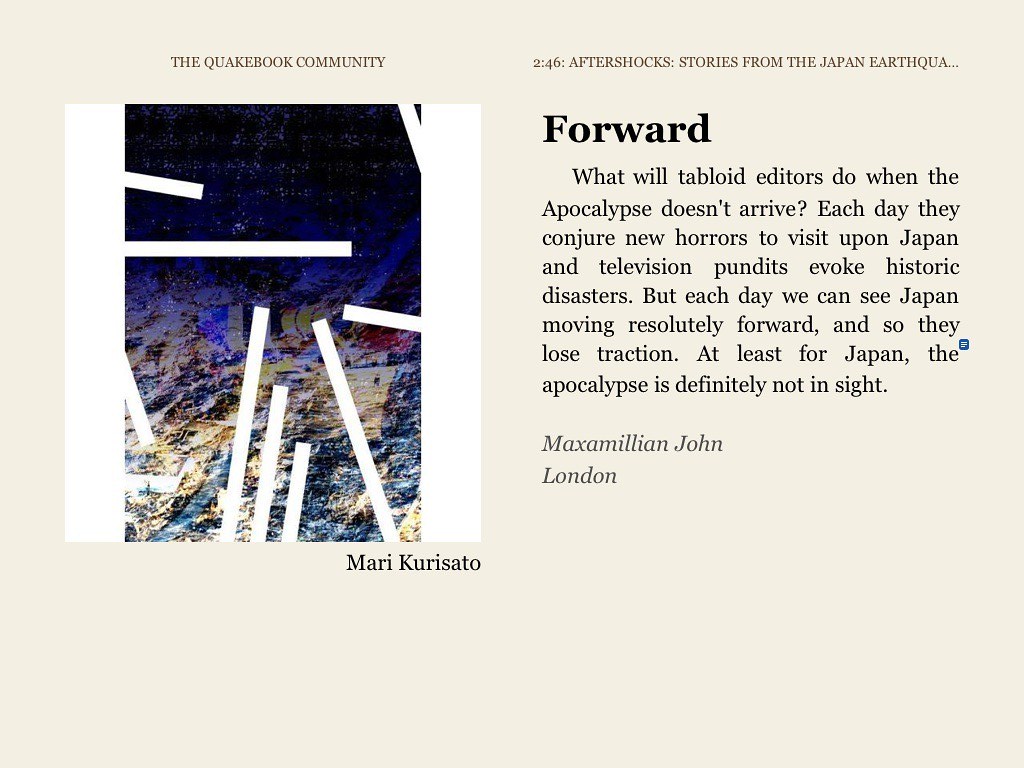 ‘All my Tokyos feel imaginary,’ opens William Gibson’s contribution to 2:46 Aftershocks: Stories from the Japan Earthquake (quakebook.org). A book that was put together online in one week in the aftermath of the Japanese earthquake and is available for download via Amazon (with a traditional ‘book’ version to follow), writes Colin Davies. 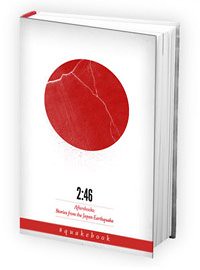 Gibson’s quote captures both an essence of the book and, I think, the reason why the design community was so affected by the disaster. For many of us hold a version of Tokyo, and by extension, Japan, in our hearts and minds: from the poetics of Junichiro Tanizaki’s In Praise of Shadows to the dystopian visions of Katsuhiro Ôtomo. I myself am always drawn to the birthplace of Kenya Hara who, as a brilliant designer/thinker, optimises my version of ‘Japan’ (and for that matter, design in general – see review in Eye 66).

2:46 Aftershocks provides some context to the extraordinary outpouring on design blogs and social media after the initial news of the disaster – followed by rumblings about the relevance of posters as a means of fundraising (see ‘Help!’, Eye blog post, 19 March 2011). 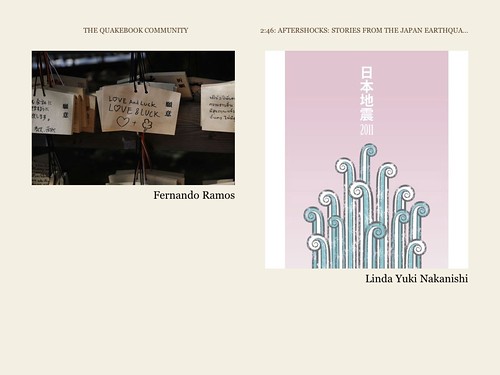 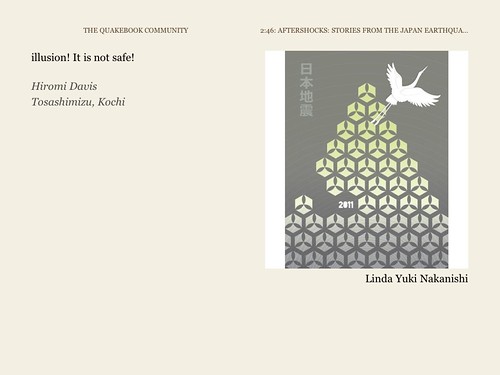 The book gives a series of mainly first-hand accounts of what it was like inside Japan during the week after the earthquake. Accounts culled whilst many of us on the outside still argued about our responses – for what is a good response to disaster?

The creative force behind the book is Our Man in Abiko (@OurManinAbiko), a UK citizen living in Japan. His original Twitter call for submissions has, in the finished book, unearthed the paradoxes of living in the real world along side the ‘global village’ of virtuality and cyber-communication.

A majority of the stories involve communication via social media; local messages to wives and husbands and more globally to family and friends ‘back home’. As the love of an adopted country dissolves in the grip of disaster, many expats were prompted to return to Europe and North America to escape a perceived threat of nuclear meltdown.

Many of the expats’ stories revealed their ignorance of what to do in an earthquake – would they be safer under a table or a doorframe, inside or outside? Clearly, in the malleable world of travel, exchange and emigration, it is as important for a Scotsman to know how to respond to an earthquake, typhoon or typhus outbreak as it is for a native of Tokyo, San Francisco or New Delhi.

The book makes apparent the importance of micro social media, such as Twitter, for gathering information on developing disasters and how communication designers, in such an event as the Japanese earthquake, need to look at how that information can be disseminated, trusted and understood – with speed and clarity.

Maybe info-graphics should move away from its current obsession with aesthetic arrangements and re-engage with the power of information in the banal landscapes of developing disasters. Maybe what we need to do as designers is to produce a visual Esperanto of crisis – something more than ‘mind the gap’ Isotypes, more like an in-flight safety card. Such a visual language might also facilitate the empathy that drove so many to try to raise awareness and funds through their graphic work during the initial crisis.

A paradigm for such design thinking is ShelterBox. The charity’s CEO, designer / engineer Tom Henderson, has reduced crisis response to its humanitarian basics: a tent, tools, clothing, children’s toys, simply packaged in a waterproof box. ShelterBoxes were already arriving in Japan as the thoughts collected here were being first expressed. 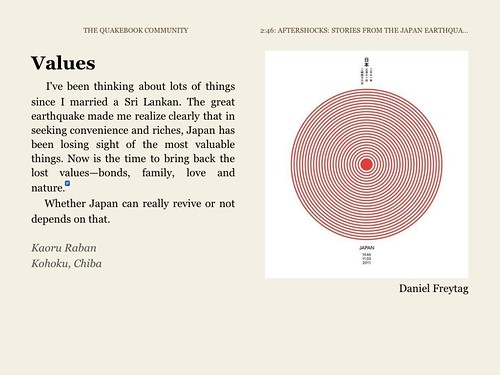 Colin Davies is Head of Art and Design, University of Bedfordshire.

Eye is the world’s most beautiful and collectable graphic design journal. Available from all good design bookshops and online at the Eye shop, where you can buy subscriptions, back issues and single copies of the latest issue.