UCL seminar to discuss the ethics of graphic design 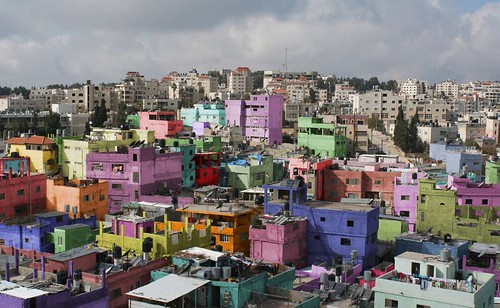 Back in the summer of 1994, Andrew Howard reminded Eye readers of ‘First Things First’, the 1964 manifesto issued by British designer Ken Garland and a group of twenty-one colleagues (see ‘There is such a thing as society’, Eye 13). Garland et al called for fellow designers to reject the lure of advertising’s filthy lucre in favour of socially useful graphic design.

Howard wrote: ‘what makes the manifesto interesting today is the realisation that its premises appear as radical now as they did 30 years ago’.

Renewed interest in the manifesto culminated in a co-ordinated reissue: ‘First Things First Manifesto 2000’. Signed once again by Garland, as well as 32 graphic designers, the statement was reprinted in Adbusters, Emigre, AIGA Journal, Blueprint, Items, Form and Eye 33.

The words of the manifesto have remained as urgent as ever, and last year Steven McCarthy (who will be speaking at ‘Type Writing’ in Birmingham tomorrow, Wed 16 Mar) asked ‘Who’s responsible?’ on the Eye blog, wondering why graphic designers were discussing responsibility after the crisis. He reminded us of Tibor Kalman’s famous quote – ‘designers, stay away from corporations that want you to lie for them’, made into a billboard by Jonathan Barnbrook for the 1999 AIGA Las Vegas conference (below). 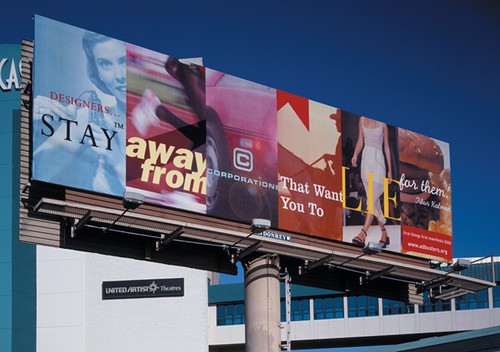 This Wednesday there will be a chance to discuss the ethics of design at a public research seminar at University College London, chaired by Gabriele Oropallo. Silvia Sfligiotti (Alizarina, Milan) will discuss whether designers work with, for or against users; Annelies Vaneycken (Trans-ID, Brussels)and Annelys de Vet (Sandberg Institute, Amsterdam) are presenting some of their own work, using visual communication as a political and social tool. Closing the event will be a round table discussion, in which the speakers will be joined by designer Richard Hollis (see Eye 59) and Ken Garland (see Eye 66). 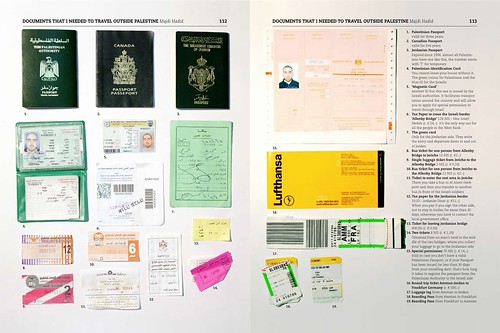 Above: ‘Documents that I needed to travel outside Palestine’, spread from Annelys de Vet’s Subjective Atlas of Palestine.

Below: ‘Twelve Ways to Eat Chickpeas’, spread from Subjective Atlas of Palestine. 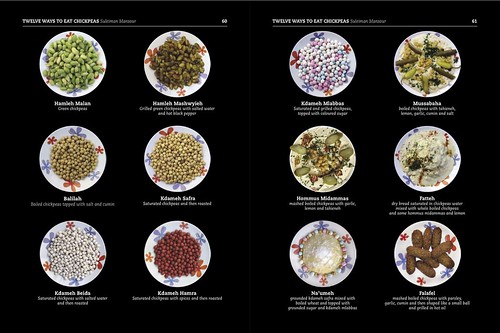 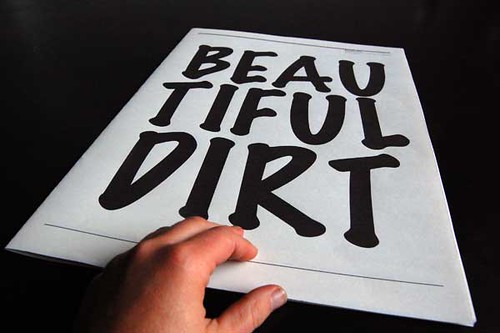 Above and below: Spreads from Annelies Vaneycken’s Beautiful Dirt journal (2009): ‘Bergensesteenweg is a road connecting Brussels with a town called Bergen, linking the city centre with the surrounding suburbs. This busy traffic artery is confronted with the negative image of extremely disorganised urban architecture, with unsafety, with the issue of desolate areas, run down homes and trash in the streets. The project researches the visual identity of the road, as well as the view of its inhabitants. “Beautiful Dirt” tries to seek for the beauty in trash, dirt and destruction, or: how to look differently at “ugly things”’ 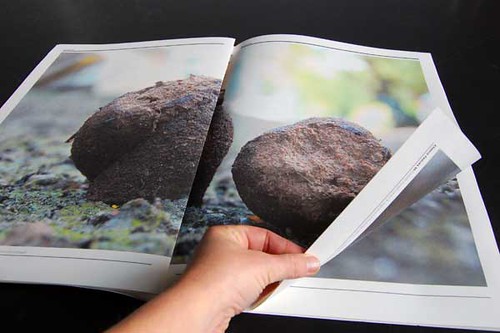 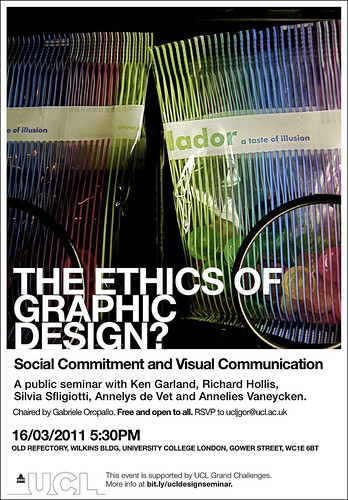