Installation, performance and drawing in the Barbican gallery 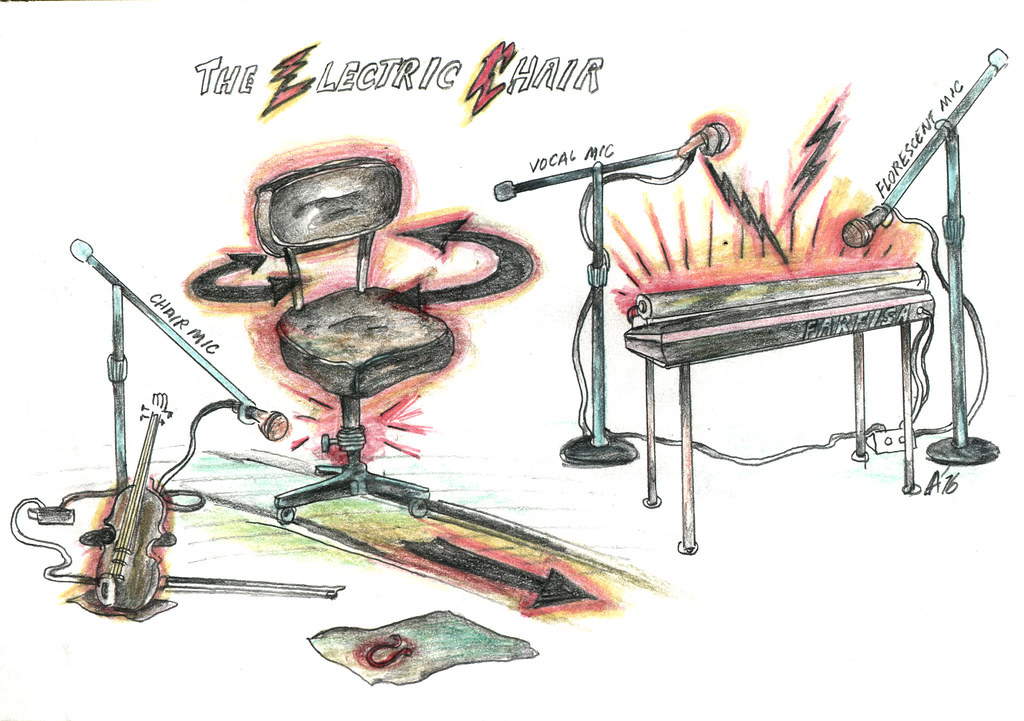 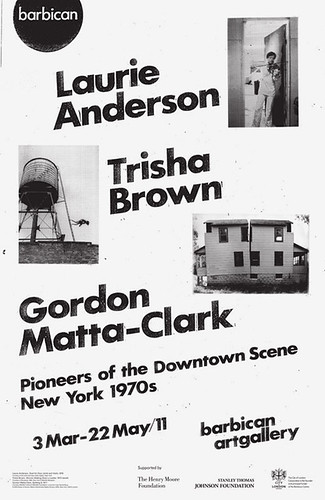 Their three artists’ early reputations were forged in the run-down and derelict industrial spaces of the near-bankrupt city – then more Taxi Driver than After Hours – and a decade before Laurie Anderson’s ‘O Superman’ became an unexpected pop hit. 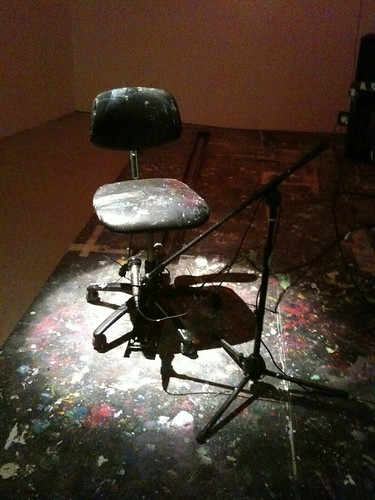 Anderson’s exhibits include an alarming, working version of The Electric Chair (above and top), a Talking Pillow and drawings of many other inventions (e.g., below). (See ‘All her own invention’ our interview with Anderson in Eye 76, the music design special issue.) 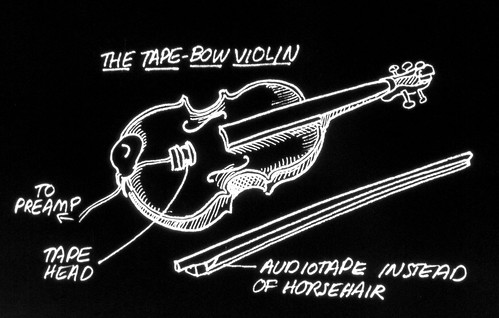 The Gordon Matta-Clark exhibits include photographs, videos, collages and the upper four corners from his celebrated Splitting (1974, below). 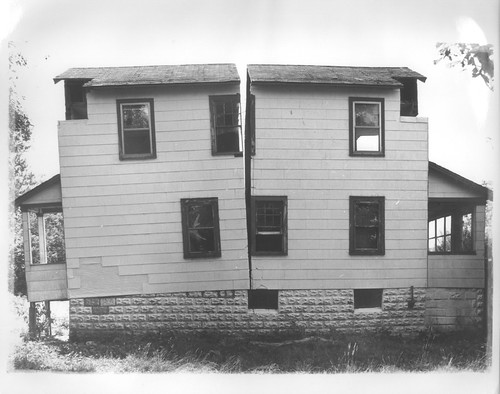 Trisha Brown, who attended yesterday’s media view, is represented by daily performances of her dance works, including Planes (1968) and Walking on the Wall (1971, below). In the upstairs galleries you can see Brown’s calligraphic drawings and diagrams: Lydia Yee’s curation links all three artists through drawing, friendship and food. 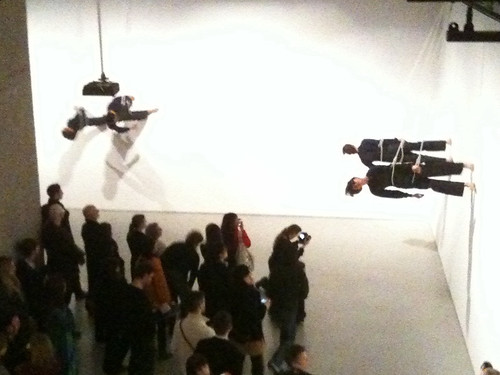 Special mention should go to the largely monochrome exhibition graphics by Fraser Muggeridge studio, whose design reflects the content by doing little that wasn’t technically possible in the 1970s. The designers sought ‘to create a “look and feel” that is appropriate to the artists and the time period of the work in the exhibition.’ [More images on the studio’s site, pleasedonotbend.co.uk.]

To this end, Muggeridge followed the usual Barbican guidelines, using Futura Bold Italic on a nine-degree slope, but set the type by cutting up letters from a copied specimen and then further copying and enlarging on an ancient photocopier that he found in a Dalston internet café. (Regular readers will be interested to learn that the studio’s similarly minimal catalogue design avoids what James Goggin, in his talk at The Form of the Book, called the ‘Matta-Clark complex’.) Muggeridge also made a huge billboard poster (below) which reproduces the foreground dancer at life size. 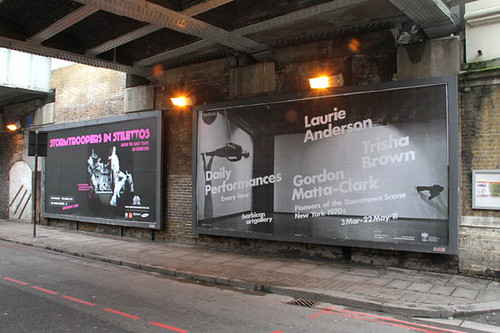 Above: photograph by Tim Wainwright.

Eye will be publishing a full review of this exhibition later on, but we recommend that you see it soon; it’s a show that exploits the gallery’s echoing spaces at their brutal best.

Laurie Anderson will be performing her Duets on Ice (below) tonight – for those lucky enough to have tickets. 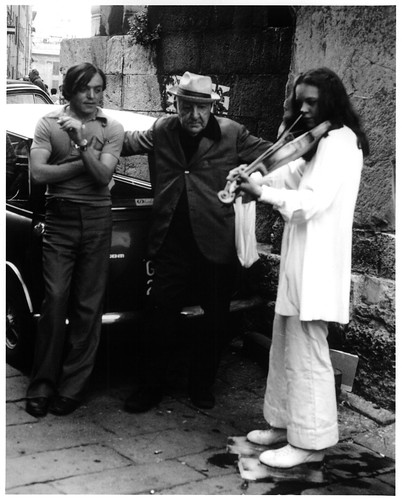 Read ‘Do it yourself’ Fraser Muggeridge’s recent article for Eye 78, one of sixteen ‘great moments in information design’.

Eye magazine is available from all good design bookshops and at the online Eye shop, where you can order subscriptions, single issues and back issues. Eye 76, out last summer (which includes our interview with Anderson), was a music design special – full contents here. You can also see a selection of visual details on Eye Before You Buy on Issuu.