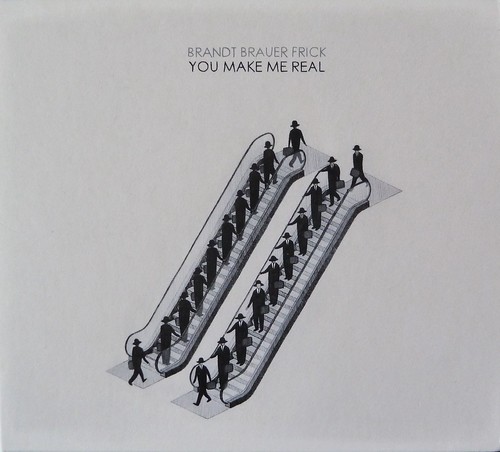 ‘French title Musique Impures called their music “L’electro sans electro” – a phrase that evokes the Escher-like undulations and false perspective of their hypnotic tracks. The monochrome album cover, by illustrator Danae Diaz, who is also Frick’s girlfriend, shows identical office workers on the daily commute – like shirted Isotype figures with hats and briefcases. The video for “Caffeine”, by Diaz and filmmaker Patricia Luna, shows the same figures in a perpetual motion machine of urban life.’

Below: Video for ‘Caffeine’. By Danae Diaz and Patricia Luna. 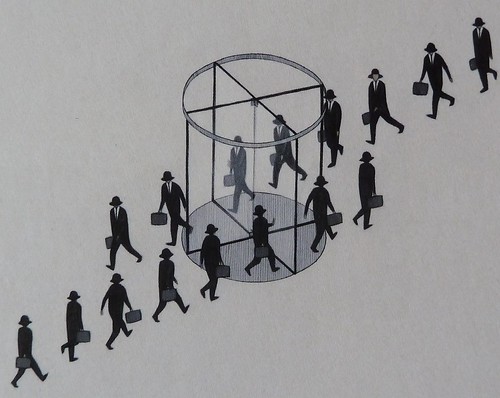 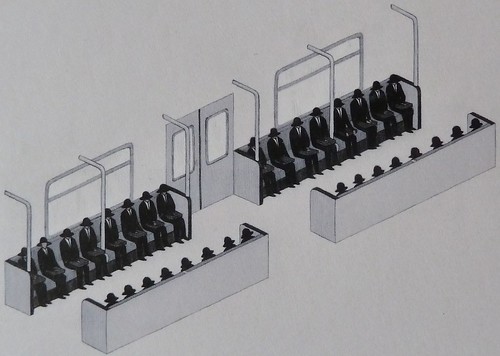 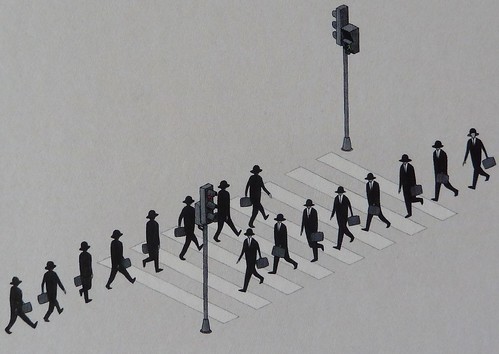 You can hear ‘Caffeine’ by Brandt Brauer Frick on their album You Make Me Real (!K7), inside cover below. 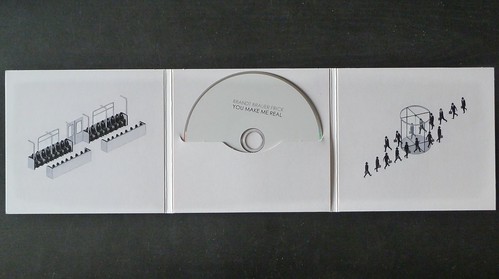 Mr Machine, by the ten-piece Brandt Brauer Frick Ensemble, comes out in October 2011, also on !K7.