Marian Bantjes, Airfix, MTV and ‘the designer as illustrator’ 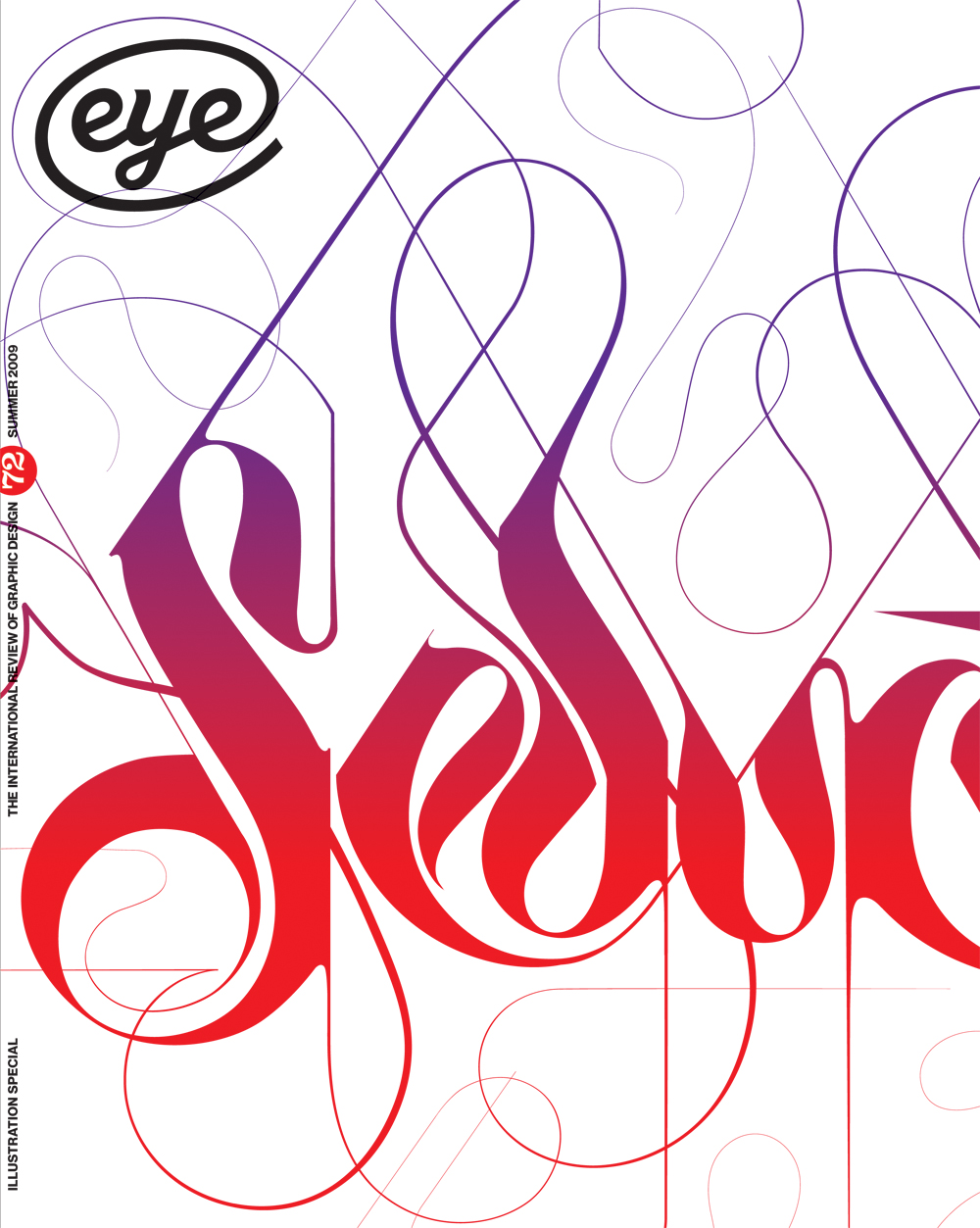 Here’s the cover of the latest issue of Eye. We like it. And no, it doesn’t say ‘sex’, it’s a detail of Marian Bantjes’ ‘Seduction’ poster for Yale School of Architecture.

Eye 72, printed on four different paper stocks, features an extensive redesign by Esterson Associates that foregrounds the content – words and pictures – but makes use of a new set of ‘guest’ typefaces for each issue, in this case the serif Newzald and National by Kris Sowersby, klim.co.nz.

Simon and Jay saw the issue on and off the press at Beacon (below) a short while ago – you can see more pictures (with Jay’s captions) on Flickr. 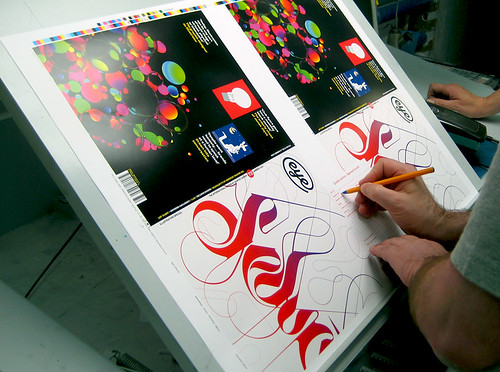 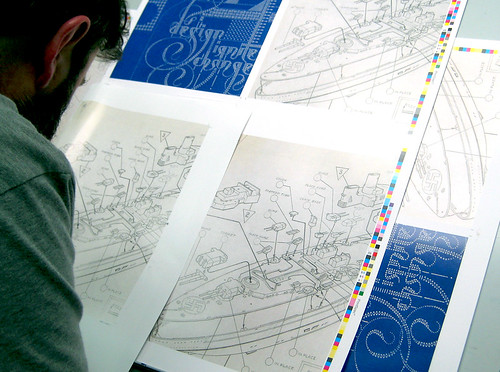 The new issue includes a Reputations interview with Marian Bantjes; a feature about Christoph Niemann; a piece about MTV animation; and a treasure trove of ‘Airfix art’ – paintings for construction kit boxes by Brian Knight. The section entitled ‘The designer as illustrator’ has an essay about the phenomenon by Adrian Shaughnessy and shows work by designers, graphic artists and image-makers such as Alex Trochut, IWANT, Karlssonwilker and Airside. And much more.

There’s also our new education spread, a big review section (including reviews of Do Good Design, Corporate Diversity and Urban Iran) and ‘Cult of the squiggly’ an Agenda piece by Steven Heller, plus Rick Poynor’s latest Critique, about a James Bond themed issue of Omega Lifetime ‘magalog’. 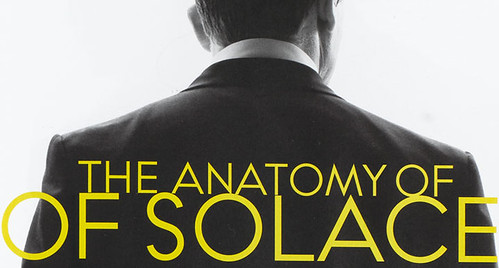 More info, extracts and images over the next few weeks.

Buy subscriptions and single issues at the Eye shop.