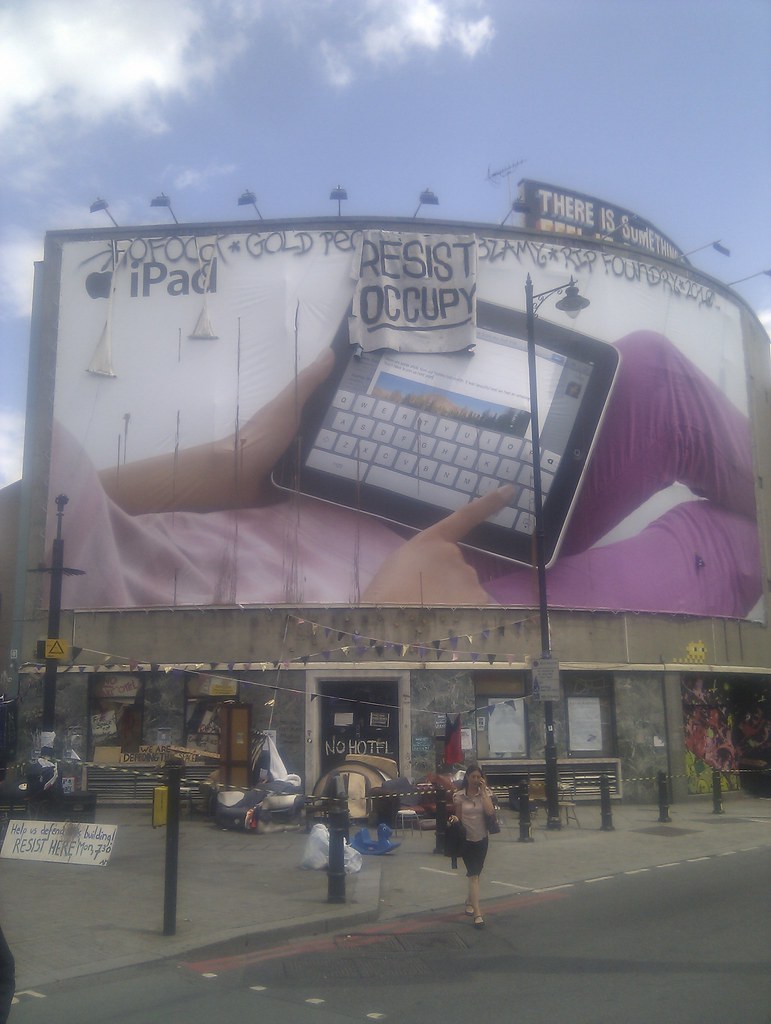 Back in April, Eye attended the preview of Black Rat gallery’s ‘Now’s The Time’ at Shoreditch House (see ‘Street art for the suburbs’), writes John Ridpath.

We talked about how the council had planned to demolish East London pub / artspace The Foundry but keep some on-site street art by Banksy (who featured in the Black Rat gallery’s show). 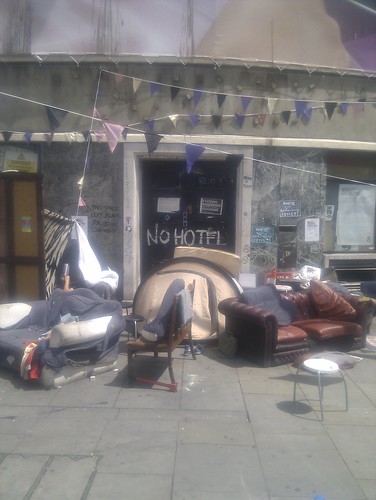 Banksy himself wasn’t pleased about the decision: ‘The council should definitely have designated the Foundry as an art space … I would appeal to the developers not to keep my graffiti. It’s a bit like demolishing the Tate and preserving the ice cream van out the front.’ 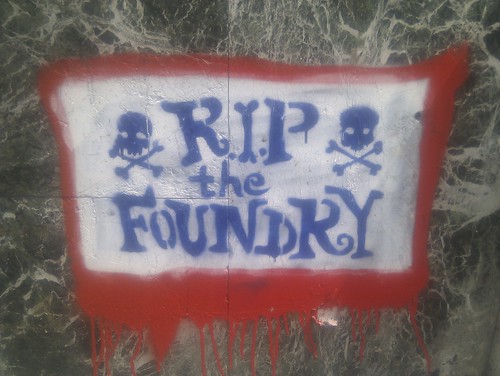 The Foundry shut at the end of May, but since then the building has been occupied by squatters - and covered in some new graffiti. 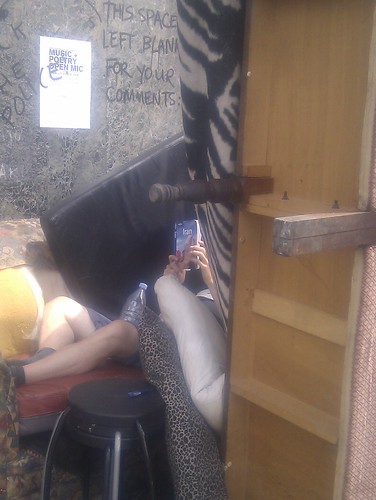 Above: An occupier flicks through a copy of the Lonely Planet guide to Iran.

Eye magazine is available from all good design bookshops and at the online Eye shop, where you can order subscriptions, single issues and back issues. The summer issue, Eye 76, now on press, is a music special. You can read a selection of pages on Eye Before You Buy on Issuu.