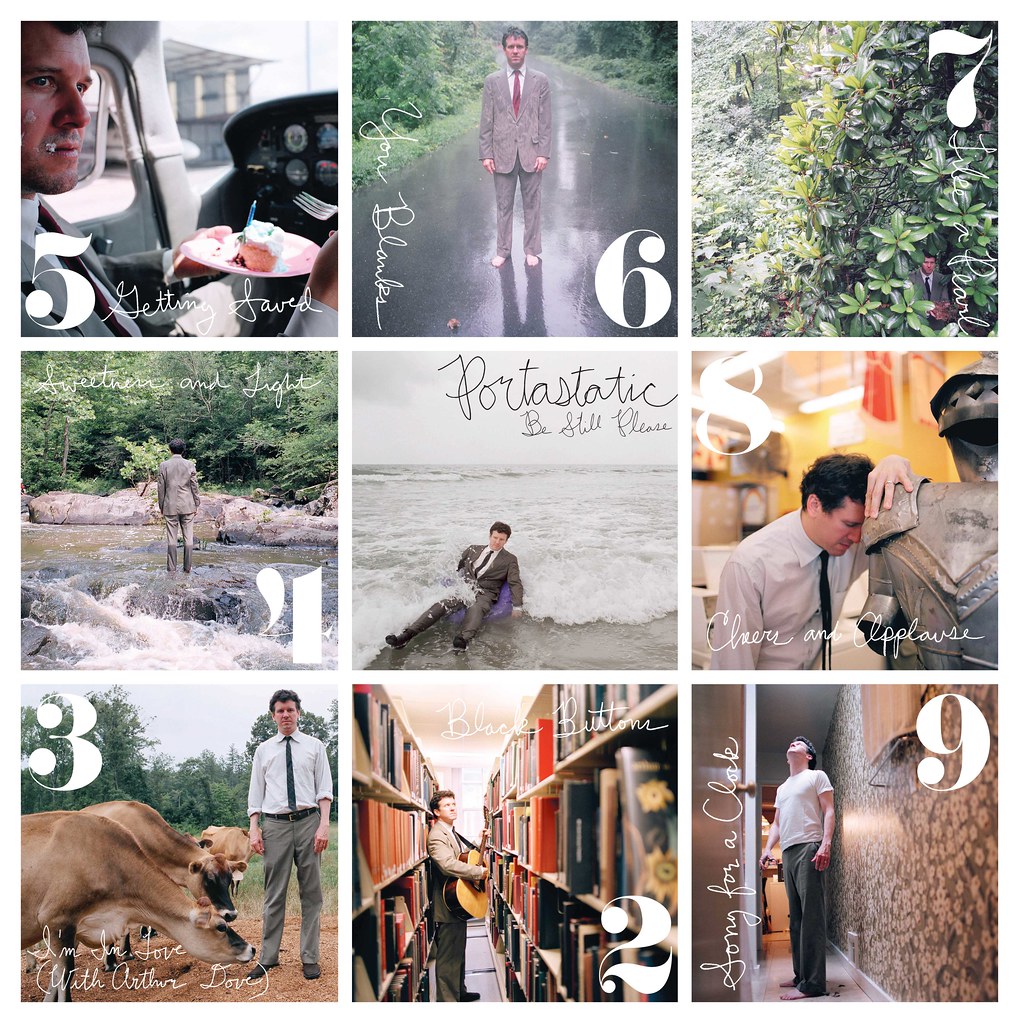 As the art director for a small independent record label, my audience is a specific kind of music fan, writes Maggie Fost.

The ‘indie’ fan has a music collection of some kind, be it vinyl, CD or digital. Indie fans go to concerts, they read about music, they talk about music, they exchange it with their friends. With all the ways they might borrow, burn, or steal music, some indie fans even choose to buy some of their music.

Top: Portastatic Be Still Please, 2006. Portastatic’s Mac McCaughan and film director Phil Morrison travelled around their home state of North Carolina, setting up little vignettes to accompany each song on the album. Design by Maggie Fost. 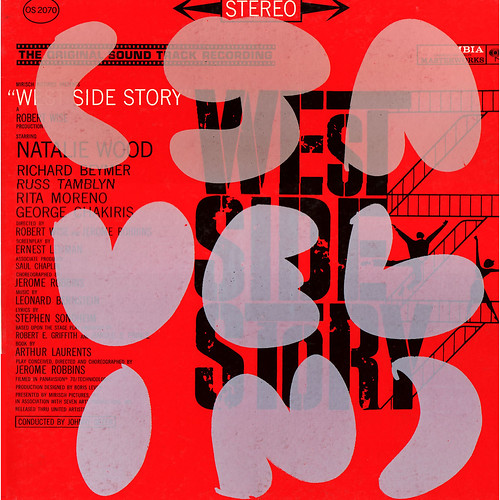 Above: For this 2010 EP (Thrill Jockey), the band Javelin had existing record covers screenprinted, also inviting fans to send in their own album jackets to be screenprinted for a customised copy.

This kind of fandom is not endemic to indie rock, but on the spectrum of those who listen to music, indie fans typically dwell in the deep end. They relish obscurity and authenticity. They have memories that are inextricably linked to songs and albums, memories that depend on the sense of ownership that comes from a small community of listeners.

But there is a fundamental problem with being a music fan: you are a tourist. The experiences to which you have access are controlled, mediated, and produced; you can’t see the work that went into making the music and rarely can you meet its makers. There is a backstage to which you do not have access. 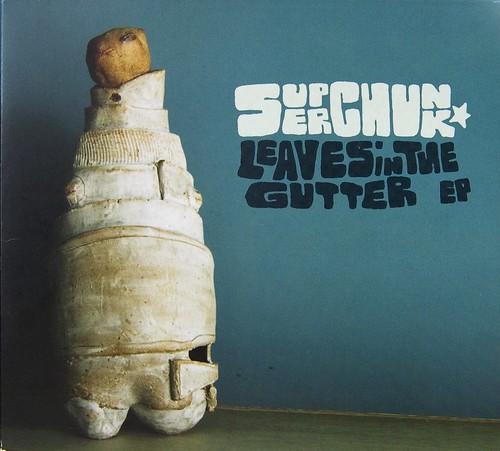 Above: Sculpture created by band member Laura Ballance. When there are artists in bands, this adds another level of connection for fans. Design by Maggie Fost, 2009. 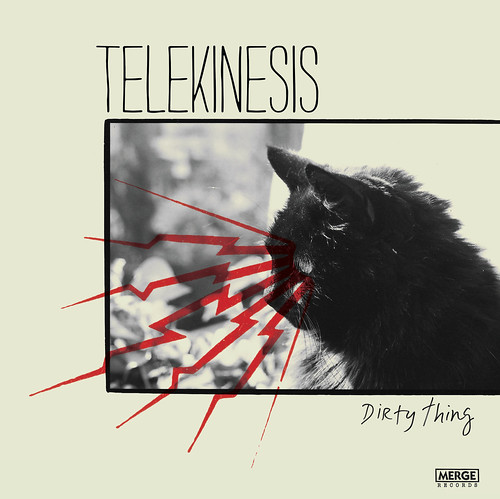 Dean McCannell’s 1989 book, The Tourist, describes why the tourist label feels so derisive. To be a tourist, he says, is to be someone who is knowingly having inauthentic experiences. Hence the interest in taking back roads, in getting the behind-the-scenes tour, in asking where the locals eat.

Similarly, the indie fan craves intimacy with the producers of the music. They want to know what the song is about. They want the album before anyone else has it. And they want to have seen the band play a house party before anyone knew who they were. Such authentic music experiences lie in the space between artists and listeners, which is precisely where designers operate.

When I design an album, the first step in my research is to take on the role of a fan. I check out what the artist has been Tweeting, posting on Flickr or talking about in interviews. I study their last record and I listen to the current one. I talk with them about the recording process, the setting, what they’re reading, where they’ve been in the past year, where these songs come from – designers are fans with access, which enables us to be incredible tour guides. 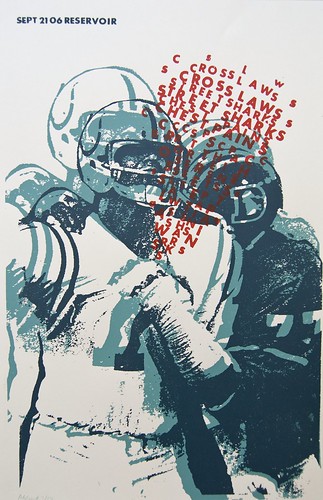 Below: Poster by Ron Liberti, 2003. Within the prevailing trend of ‘pretty’ concept-driven posters, Ron Liberti’s work possess an unfussy ephemerality that feels more authentic than posters designed to be hung on a wall. 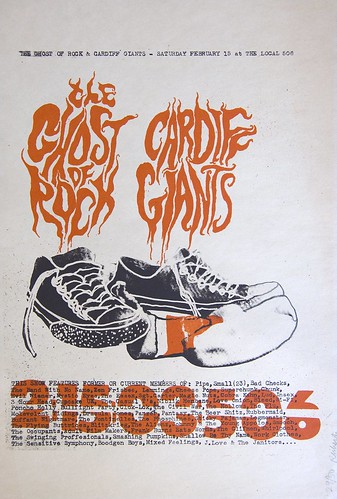 Designer as tour guide? Rather than author? Producer? Auteur? Tour guide sounds so lowly. But to give authentic form to a music experience is to be the kind of tour guide who makes the fan feel as if he experienced the real Marrakesh; the kind of tour guide who makes fans feel like they’re being shown around by a friend. We need to respect the earnestness of our audience, the boundaries of our artists and the delicate specificity of each project. We frame not just an aural document, but the story of its creation.

The central artefact of the music experience is changing. People don’t want to pay for recorded music, and the aesthetic of piracy is a non-aesthetic. Even true music fans don’t feel bad about stealing music if what they’re stealing doesn’t look like something of value. They will pay for a poster, though.

Why? The live experience is central to indie fans; the rock poster has the potential to be the vessel for the memory of that kind of experience. The poster is experiencing a huge resurgence as an artefact, but it has the potential to be so much more. Clean, pretty posters that coordinate with modern furnishings have little to do with either the sweat-soaked physicality of attending a rock show or the even sweatier, life-affirming thrill of those making music together on stage – the thrill every fan wants a piece of.

Below: This Love Language cover (for Libraries, Merge, 2010) features an old ‘family album’ photograph of the singer’s mother on her honeymoon, an earnest and unabashed gesture that lends authenticity to the love-soaked lyrics on the songs within. Fans feel they are being let into a very intimate and real place. 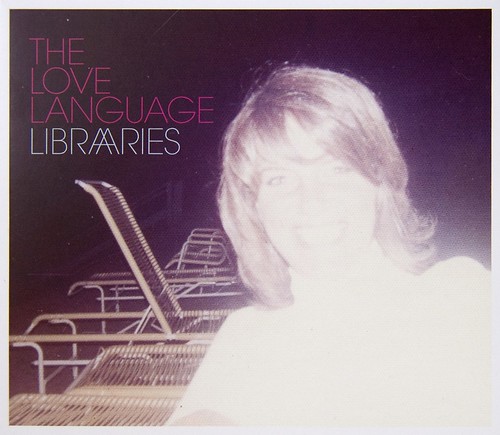 With the rise of piracy and the decreasing centrality of the physical album, designers can also turn their energies to other, genuinely ‘authentic’ music experiences, for example the ‘video poster’. One of my favorites is this one for the bands Javelin and Miho Hatori, created by Mike Anderson.

Two more online experiences that cleverly intertwine artifice and intimacy are these videos created by Vincent Morisset for the Arcade Fire. In ‘Black Mirror’, the ability to toggle tracks on and off offers the fan rare access to the recording process...especially being able to strip it all the way down to listening to the vocals of a highly-produced track sung acapella.

The surprise-peppered playfulness of this interactive video distracts the viewer from perhaps its most compelling aspect: a simply-lit, head-on film of Win Butler singing straight into the camera, something that proves to be incredibly intimate if you tune out all the magic tricks. By giving form to the process of making music, Morriset allows the viewer to transcend from tourist to insider, honouring the curiosity of fans as a dignified and rewarding pursuit.

Maggie Fost is the Art Director at Merge Records.

Eye magazine is available from all good design bookshops and at the online Eye shop, where you can order subscriptions, single issues and back issues. The summer issue, 76, out now, is a music special – full contents here. You can read a selection of pages on Eye Before You Buy on Issuu.