The waste cardboard of Buenos Aires is being turned into storybooks 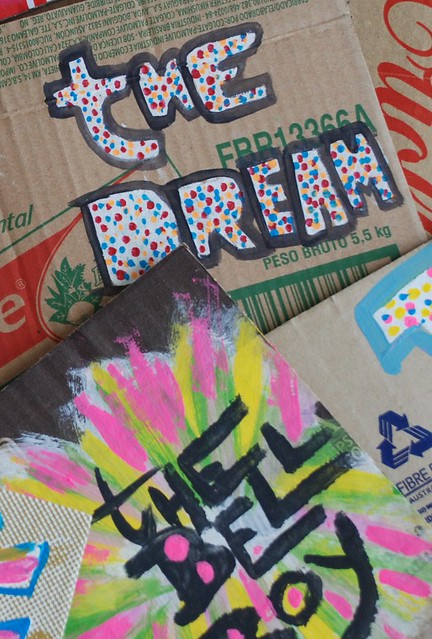 Each book is handmade from materials bought from the ‘cartoneros’ of Buenos Aires: cardboard pickers who make their living collecting from the city’s streets.

Foster’s stories have been brought to life with illustrations by artists and designers, and each copy is painted by hand in the Argentinian capital. For every book sold in the UK, another copy will be donated to Abuelas Cuentacuentos – ‘Storytelling Grandmothers’ – a charity that sends elderly volunteers to read to children in the poorest parts of the Argentina that would otherwise not have the opportunity to have a story read to them. I spoke to Foster about the publication, and hear about how the project developed. 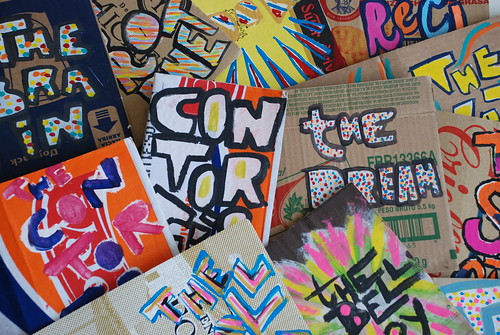 John Ridpath: Can you tell me about the inspiration behind the project?

Jemma Foster: As a freelance journalist working in London I decided to move abroad to focus on writing fiction. After a brief stint scriptwriting for an American director I came across the Eloisa Cartonera group in the La Boca neighbourhood of Buenos Aires. Cartoneros – cardboard pickers – are common in the city and collect from its streets to sell the cardboard for recycling. This innovative group, born from the economic crisis of 2000, started making and selling the books out of a vegetable stall. The concept took off and they have been loving making books ever since. It was this creative and thoughtful group that inspired me to put together a definitive collection of short stories from the scribbles that had accumulated over the years, with the theme of the senses binding the tales together, which themselves hide behind the bizarre and fantastical while offering a darker commentary on the human psyche. 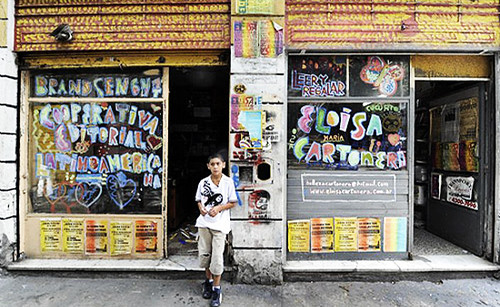 JR: What kind of relationship did you develop with publishers Eloisa Cartonera? (above)

JF: The Eloisa Cartonera group publish many South American authors and were keen to print the works of foreigners so when I commissioned them to make the book covers, it worked for everyone. From the workshop, the small group spend days painting, cutting and having a laugh in the process. Often I would hang out with them and lend a hand, some of them are writers and poets themselves so it became something of a book group where we could swap and compare work. 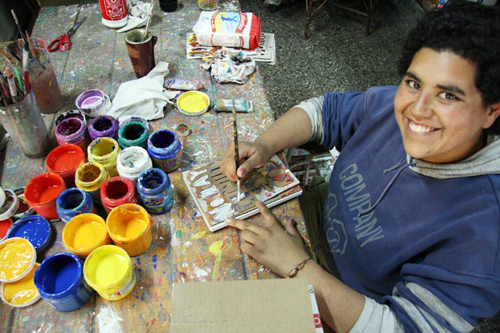 JR: Were your stories written with the cardboard book medium in mind?

JF: The stories were already there on scraps of paper, swimming in my head or niggling at my heart but they only truly woke up when it was settled that the cardboard medium was how they were going to come about and in the knowledge that regardless, they were going to happen. The nature of their form fits with the theme of the human senses as they feast on these elements – the books are playful in their look and feel and conjure up some of the child in everyone which the stories also lend themselves to, some of which have handmade ‘add-ons’ such as an envelope labelled ‘open me’ with a scrap of material denoting the murderer of an unfortunate parrot, another a pink-and-white-striped sweetshop bag filled with blank jigsaw puzzles – I doubt these thoughts would have crept into my head had I been printing a standard paperback. 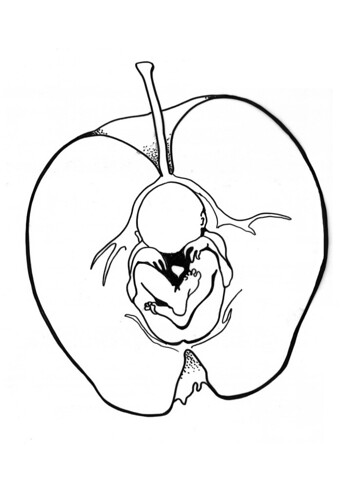 Above: Illustration for ‘The Midwife’, by Juliet Pollock.

JR: Did you have much involvement with the illustrators and designers? Did you help decide a direction for them?

JF: All the illustrators and designers are close friends of mine, some use their artistic talents in a professional capacity and others have willingly resurrected their long-discarded brushes and tools. I never gave direction because it fascinates me to see the story through another’s eyes, how they as a reader interpret it and what they take away from the words and I loved the results – they are fantastic and so varied. The only time when I interfered with the voice of the author, adding my opinion to the images, was The Cell which I illustrated myself (below) and chose anatomical diagrams to suggest to the reader that the protagonist is perhaps not actually imprisoned but instead a prisoner of his own mind and body. It had before then been rather open but when it came to the drawings I realised that I did, in the end, want the character to be insane. 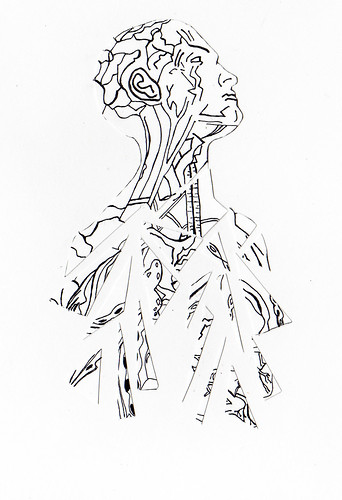 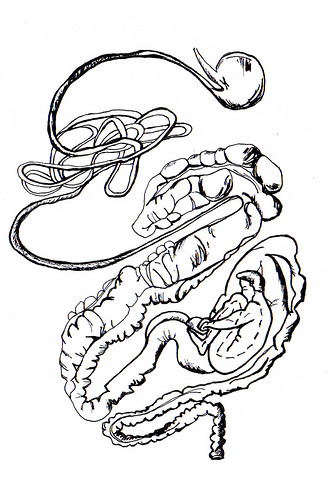