Instruments sculpted out of frozen water from ancient lakes 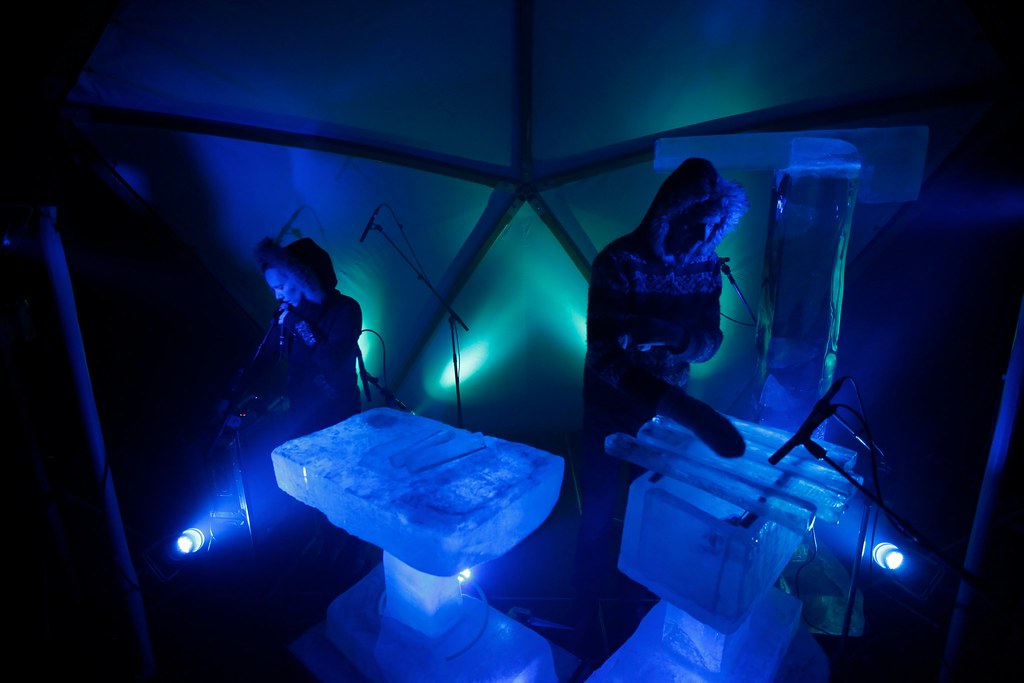 On the River Terrace by London’s Somerset House there’s a glowing ‘geodesic igloo’ (below) – the temporary home for performances by Terje Isungset and an installation called The Idea of North, writes Eye editor John L.Walters. 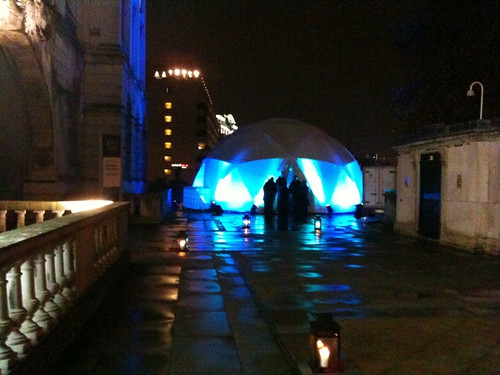 I witnessed Isungset and singer Lena Nymark (top) performing some of this amazing ‘Ice Music’ yesterday and wrote a review for the Guardian. 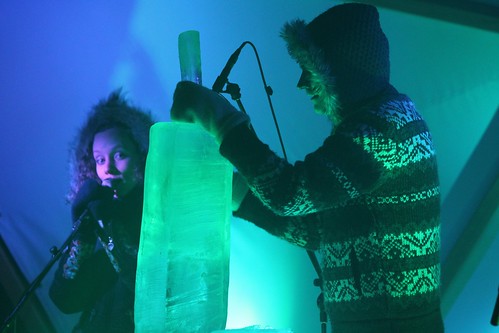 Though the performances are largely sold out, you can still experience the installation, a collaboration with Phil Slocombe and Lumen, which features recordings of Isungset’s music, projected images by Mariele Neudecker and one of the ice monoliths used for the performances. Details at somersethouse.org.uk. 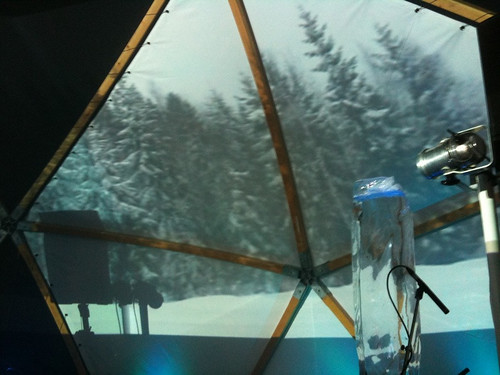 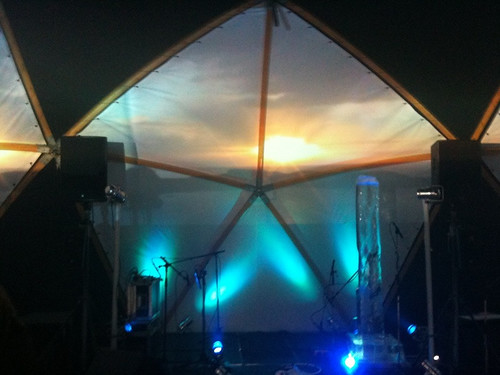 The ice Isungset uses to make his instruments – marimbas, chimes, drums, even an ice trumpet (below) comes from frozen lakes in Arctic Norway. 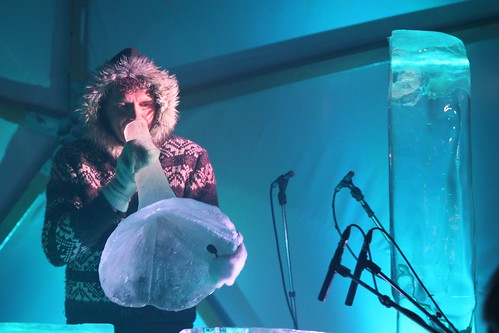 Yet despite its elemental nature, this kind of music couldn’t exist without the technology of modern recording and amplification, which enables us to appreciate the tiny tones and changes in timbre that Isungset extracts from his array of ice instruments. 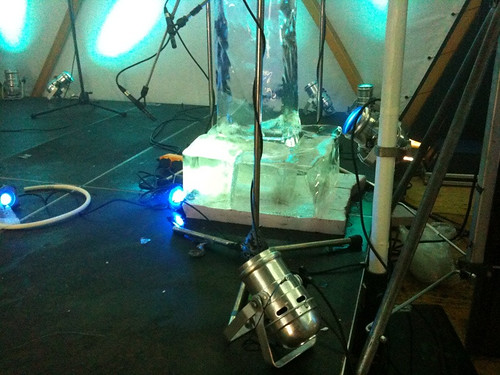 It’s the audio equivalent of the kind of macro-photography we see in nature documentaries such as Life on Earth, and you can appreciate it more vividly in The Idea of North, projected by four speakers. 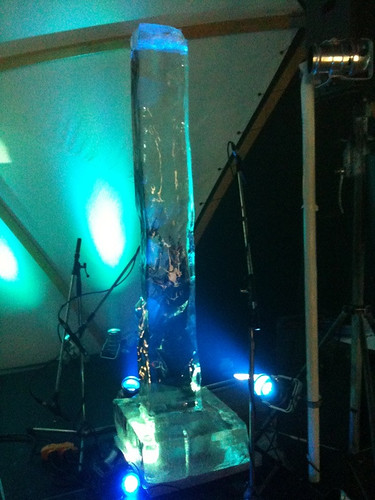 More about Ice Music and the IceMusicFestival. 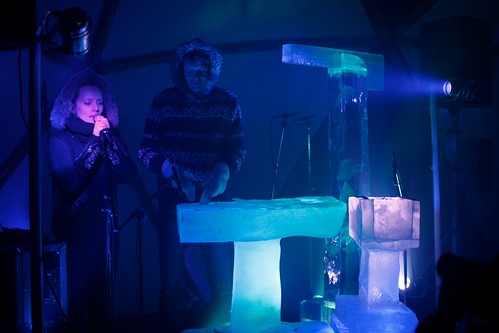