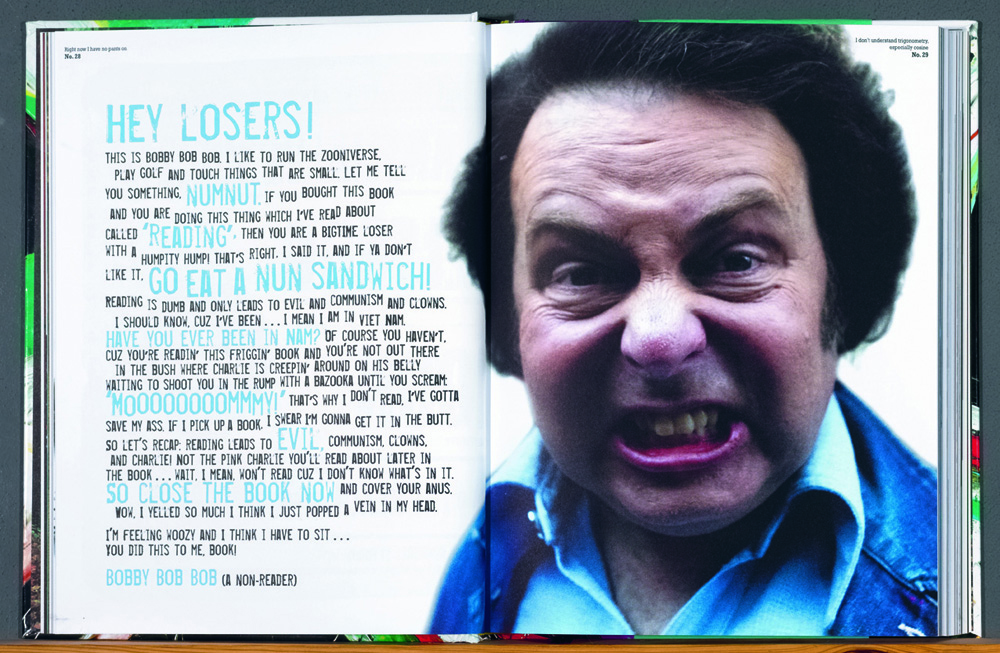 Occasionally, a comedy show will enter the public consciousness to the point where it becomes a ‘cultural resource’ for people to draw upon. It happened in the 1960s and 70s with Monty Python and it’s happened recently with The Mighty Boosh.

What this means is that normally sane people will start to speak in Boosh-ese, a language that only other fans will understand (‘Eels! Eels!’), and go to Boosh parties dressed as Noel Fielding – glam-boy Vince is the favourite, but I know somebody who’s going to one dressed in his Man-in-the-Moon guise, with a paper plate doing service as the circumference.

When this occurs, the comedy act in question knows it’s gone from cult to something else, and there’s extra pressure for any spin-off products to live up to the reputation. No risks can be taken in putting out something that looks like a ‘Christmas stocking-filler’. Like Python, Boosh have now produced a book, and, like Python, they’ve managed something that’s a cut above the usual comedy book fodder – beautifully produced, with a graphic design sensibility, and, above all, funny. 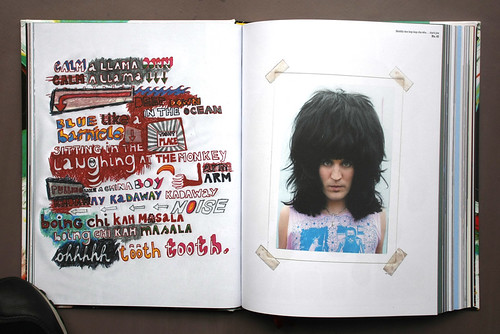 Photos, drawings, illustrated crimps and comic strips nod towards TV episodes but spiral off into graphic delirium. Howard Moon’s Trumpet Full of Memories is an affectionate take on a vintage Penguin paperback cover (‘A Budgie Book’), while Moon’s boxing bout with a kangaroo is advertised on a classic Warhol / Basquiat style red-yellow poster. Another highlight is ‘Bob Fossil’s Guide to Dance’, a series of stop-frame photos capturing ‘The Tummy Rubby’, ‘The Oscillating Jerk’ and other chick-pulling moves. The joy of a joke is in the telling, and the examples collected here are delivered with an impeccable level of stupidity. So what if it’s student humour for a generation that’s turned its back on political comedy (‘Satire was never funny’ – Boosh compadre Stewart Lee)?

The book is a sure-fire winner, just as the stage shows and music gigs have been, but will Boosh-mania spawn a backlash? Some of the recent TV episodes have become a bit self-indulgent and the more narcissistic photos of Fielding in the book reflect this (a consequence, perhaps, of one too many night on the tiles with Peaches Geldof and Courtney Love). But then, self-indulgence was always part of the Boosh mix: in-jokes calculated to tease an audience that wishes it were in on the gag. Such is the manner in which fans are turned into fanatics. 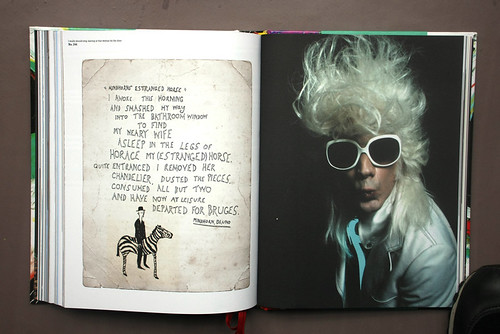 Whereas the Pythons had Terry Gilliam’s visual nous to make the books special (along with designer Katy Hepburn – see, ‘Understanding silly books’ Eye no. 54 vol. 14), so the Boosh have their insider in the form of Dave Brown, the graphic designer and photographer, better known as the gorilla-suited Bollo. Brown art-directs the book without ape-ing previous styles (the poster and photos are his, and he enlists the help of a team of great illustrators) and he, along with authors Fielding and Julian Barratt, has safely extended the franchise. Long may they crimp. 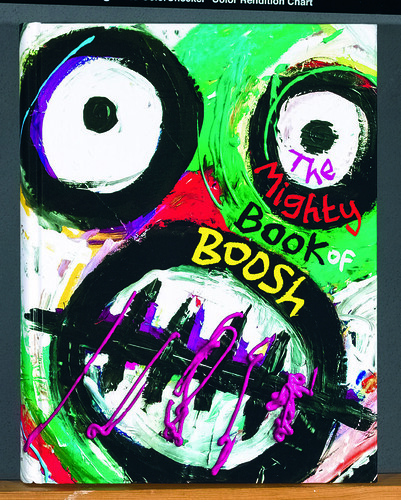