Listen with your eyes 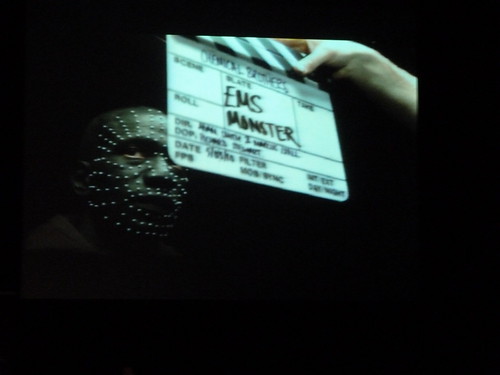 The ‘Vision Sound Music’* festival, a three-day event at London’s Southbank Centre, was an ambitious mix of seminars, lectures, demonstrations and performances that explored the different ways you can combine visual and musical materials, from ‘sound branding’ to horror scores, writes John L. Walters. Disclosure: Eye magazine was a ‘media sponsor’ of the festival.

The first day concentrated on the business side, starting with a keynote forum featuring some heavy hitters from the commercial world - including Fallon CEO Gail Fallie and Pulse Films founder Thomas Benski. One thread that emerged was that advertising world tends to be dominated by people with a visual (‘art school’) background, so that musicians and music business people were often regarded as suppliers rather than collaborators. Might this be holding back innovation? The discussion of this and many other points was lively and civilised. 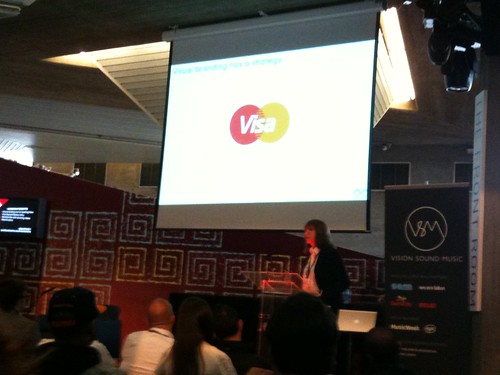 A presentation by music agency Soundlounge about ‘sound branding’ threw up some similar points. Founder Ruth Simmons (above) compared the effectiveness of advertising music with the small amounts of money customarily spent on it. She also showed some statistics, quoting anthropological and quantitative research about the way people use and respond to music: ‘74 per cent of people use music as an emotional shortcut,’ claimed Simmons. (That ‘quote’ became a ‘Top Tweet’ for a while that morning.)

Soundloungue left us with the thought that even big brands such as Apple and Coca-Cola have no idea what their sound branding is worth. ‘In five years time we’ll be looking at what the value of the sound is,’ declared Simmons for her finale. 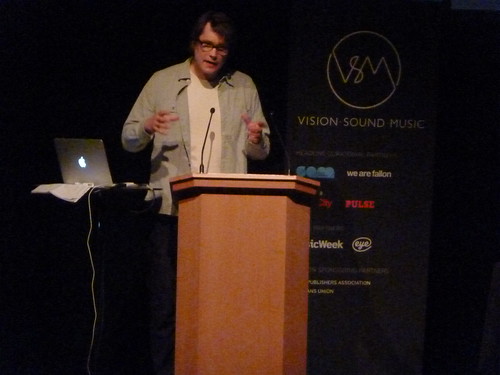 In the Purcell Room, Adam Smith (above, of Flat Nose George) ran through some of his work for the Chemical Brothers, sometimes under the influence of computer game Pong, and brought on dancer Mark Monero (top), wearing a body suit covered in lights that created an instant ‘animated’ graphic when he danced in the dark.

Smith told us that his gritty videos for The Streets (above) led to work as a director for Skins, which is how he came to work on Little Dorrit (with ace composer John Lunn) and Dr Who. 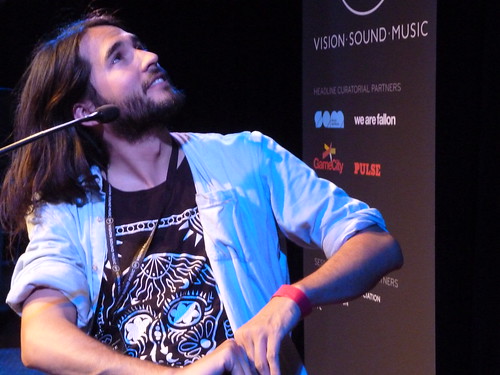 Other video makers who appeared at ‘Vision Sound Music’ included Fred & Nick (Mumford & Sons, Take That) and Dave Ma (above), whose quirky videos for the Foals and the Fair Ohs grew out of his documentary music photography and the indie zine Plus One Lung. In a session on Saturday morning he showed three videos, including the one for Delphics’ ‘This Momentary’, which he shot in Chernobyl (below). 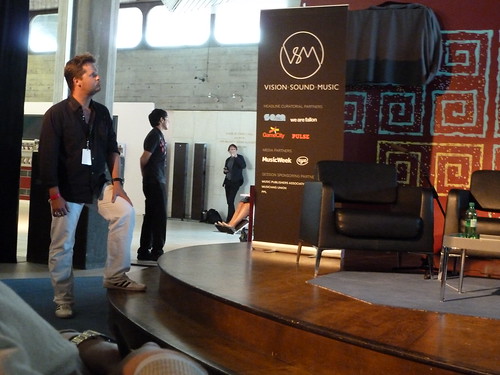 Philip Sheppard (above) delivered ‘From Score to Screen’, his Faber Music tutorial, at breakneck speed, with several inspiring clips (including John Williams playing the ET theme on the piano for Steven Spielberg) and thought-provoking statements and diagrams, such as this graphic score grid for Alexander Nevsky (1938, below) - which, as he pointed out, is not very different from the kind of interface that contemporary soundtrack composers use now, with image, notation and structure displayed against a horizontal timeline. 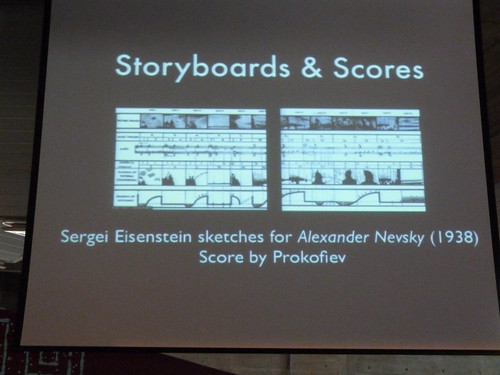 Things haven’t changed as much as we think, said Sheppard, who is both an accomplished classical performer and a master of computer technology. ‘Go back to pencil and paper as often as you possibly can.’ (Another popular Tweet.) 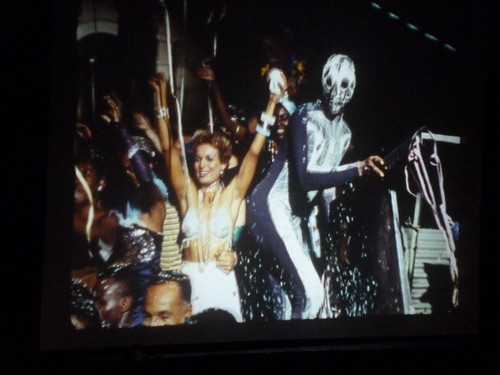 A high point of the ‘Vision Sound Music’ was the Friday evening screening of Marcel Camus’ 1959 movie Black Orpheus (above), with a live soundtrack ‘reimagined’ by Charlie Dark (below) that featured singer Tanya Auclair, the youth percussion band Bigga Bloco and a quartet led by brilliant Brazilian percussionist Adriano Adewale. 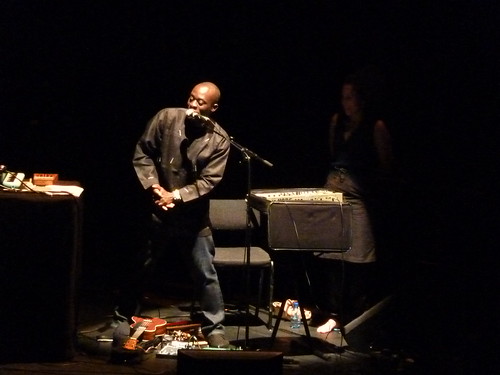 Dark’s Black Orpheus score was something else, a more complex operation that brought the movie’s original speech and music in and out of the mix, yet at certain points replaced the soundtrack entirely with live music and electronics. 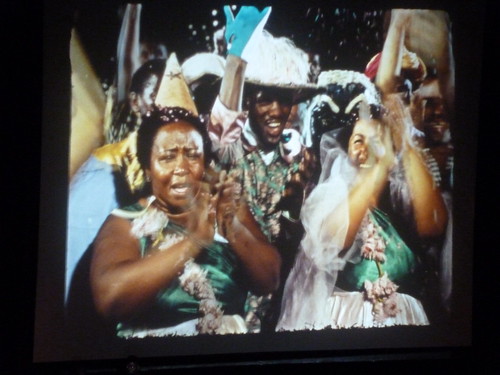 Despite Black Orpheus’s tragic plot (which updates the story of Orpheus and Eurydice to the Rio Carnival), the movie can also be viewed as one long dance sequence. The skilful way the drummers synchronised their beats to the onscreen movement made for one of the most powerful audiovisual experiences I’ve seen, a collaboration that reached across generations and continents, and the Southbank crowd cheered it to the rafters.

Would I have thought the same had this magazine not been a media sponsor of VSM? Absolutely!

Eye is the world’s most beautiful and collectable graphic design journal, published quarterly for professional designers, students and anyone interested in critical, informed writing about graphic design and visual culture. It’s available from all good design bookshops and online at the Eye shop. For a taste of the new issue, see Eye before you buy on Issuu. Eye 80, Summer 2011, is out now, and the music design special, Eye 76, is available as a back issue.