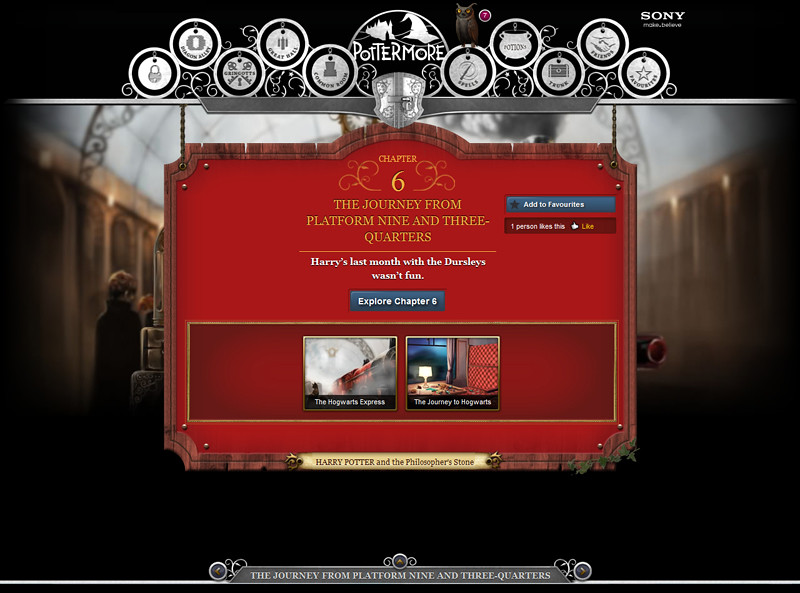 7000 people bustled through the streets of Leicester Square and Trafalgar Square for the final Harry Potter movie premiere, writes Maureen Chowdhury; fans waiting for the chance to say one last farewell to the series that has defined a generation. 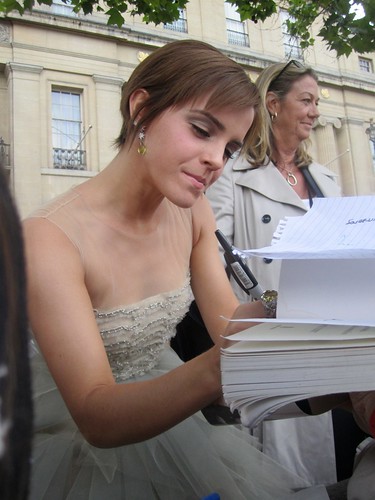 Above: Emma Watson (Hermione Granger in the Harry Potter films) autographs a book for a fan. Photo: Maureen Chowdhury.

But as the film franchise draws to an end, J. K. Rowling, Sony and digital agency Th_nk are continuing the Potter phenomena with a website, Pottermore, which was kept tightly under wraps until Rowling revealed its nature at a press conference on 24 June.

Pottermore is designed to give Harry Potter fans a multimedia experience with eBook versions of the novels, allowing fans to become characters in the stories while reading the books online. Rowling and Th_nk have also given one million fans the opportunity to join and contribute to the website starting 31 July before the actual launch in October. In an interview with City A.M. Tarek Nseir, the IT whiz behind Pottermore, said: ‘It’s the same story, but with one new addition: you.’

The site will apparently include online versions of each Harry Potter novel, but with new content. Rowling has added 18,000 words of original material, including more background information about each character. The interactive portion includes a ‘Sorting Hat’ simulator, which places readers into one of the four Hogwarts houses: Griffyndor, Ravenclaw, Hufflepuff, or Slytherin. The sorting is conducted via a series of questions, and according to Rowling the simulator is pretty accurate. 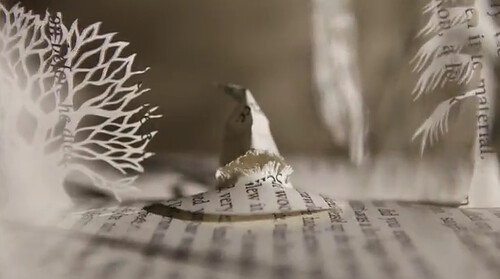 ‘We’ve tested this out. I tested it on my family and everyone was where I thought they would be, and when the team did it, you [to Tarek Nseir of TH_NK] said most people were in Ravenclaw. The only two people who were in Slytherin were dressed all in black. So it works,’ said Rowling.

However the most important factor of the whole interactive experience is that it all traces back to reading and literacy. Rowling said: ‘We knew there was a big demand for the eBooks but … if it was going to be done I wanted it to be more than that. Obviously we’d had a lot of requests for all sorts of games and online interactive games and so forth. I wanted to pull it back to reading. I wanted to pull it back to the literary experience, the story experience, and this is what emerged from those discussions. So we started working on this seriously a couple of years ago.’

Many of the details are still unknown, but it is clear is that the website as whole will be a Harry Potter library, with a multimedia aspect that appeals to both current readers and the fanbase who have never experienced the actual books. 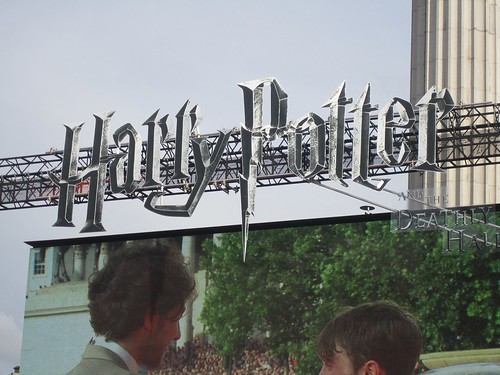 The site includes many of the iconic Harry Potter staples, such as the ‘Hocus Pocus’ font used in the movies with the assistance of lettering artists Bob Walker and Julian Walker. David Occhino released the ‘Hocus Pocus’ typeface in 2008. 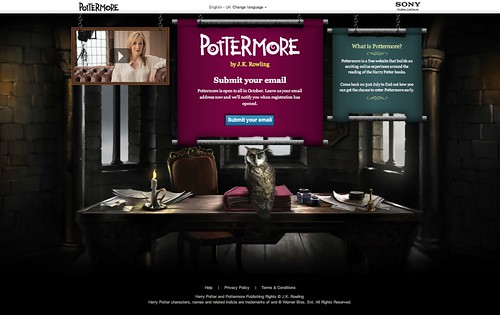 The site itself is relatively plain. Prior to the announcement the design had a fuchsia-violet background with a with animated owls bordering the page. The current site has a dimly lit room with a desk as a background, with the Pottermore announcement, email submission, and a brief explanation hanging from the top of the screen. And this YouTube clip of Rowling herself.

The only clue to what the actual site will look like once it is launched in October is the screen shot shown at the top of this post. But if you’re one of the one million fans who can gain access on 31 July, please let us know!

Eye is the world’s most beautiful and collectable graphic design journal, published quarterly for professional designers, students and anyone interested in critical, informed writing about graphic design and visual culture. It’s available from all good design bookshops and online at the Eye shop, where you can buy subscriptions, back issues and single copies of the latest issue. The latest issue is Eye 79, a type special. Eye 80 is now being bound and will be ready for dispatch in the next few days.