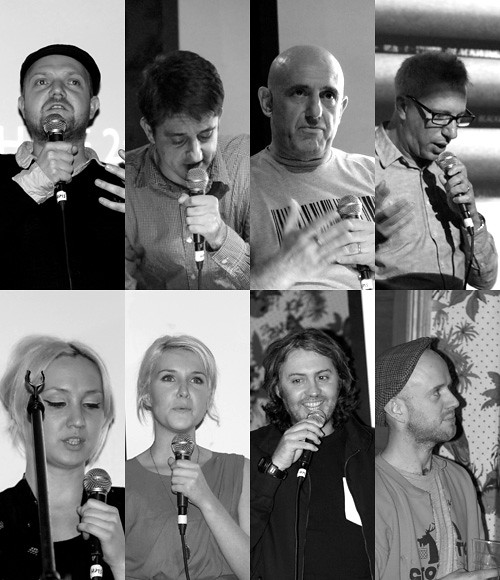 Following the inspirational presentations put on at the Manchester Design Symposium last Wednesday, approximately 150 enthused creatives made their way across the road to the Deaf Institute for an extended event hosted by Northern Digitals, suitably dubbed ‘Inspiration Night’, writes Peter Griffith.

It proved to be the perfect partner to the Design Symposium, giving everyone the opportunity to stretch their legs and knock back a few jars while discussing, debating and disagreeing about what they’d seen earlier in the day, even with the speakers themselves. But the highlight was seven quick-fire presentations by some of Manchester’s most creative people.

Ben Holden (below), of digital agency Cahoona, kicked things off with a great presentation focused on ‘Making Ideas Happen’ (inspired by the Scott Belsky book of that name, from which he drew to demonstrate his points). He addressed an issue that many creatives struggle with on a daily basis. 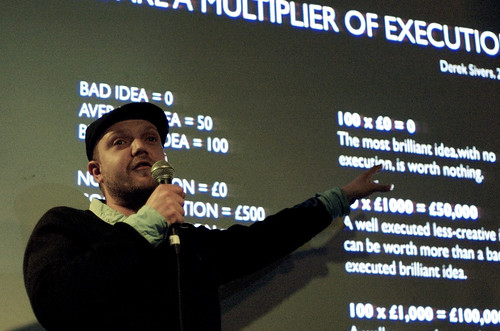 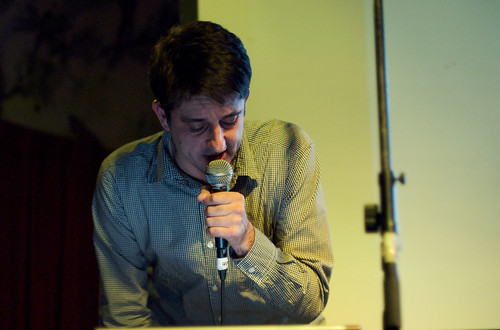 Adam Todd (above), of Magnetic North, followed with a list of people that had inspired him during his career. In a brave move, he introduced the crowd to a hit by the 1960s group, The Shaggs. Trevor Johnson (below), of Creative Lynx, was third in line. It was the simple things in life that inspired him, such as his upbringing in Salford, his son and his love of beer. 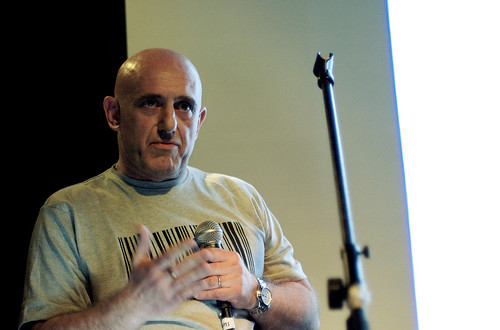 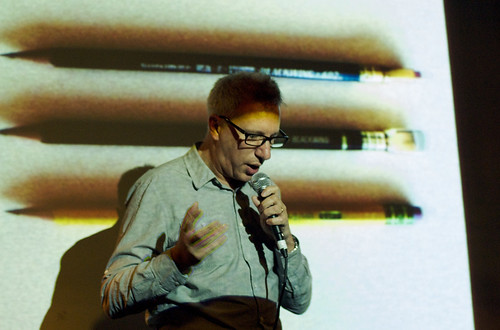 Brendan Dawes (above), also of Magnetic North, gave us all an energetic insight into his geeky but nonetheless fascinating passion for collecting stationery, including a collection of paperclips from across the world, and his willingness to spend a large sum of money on his favourite pencil. Natalie Gray and Becci Sharkey (below) then delved into what inspires the employees at interior design agency NoChintz. It gave an insight into the company and also showed the huge variety of things that inspired their work. 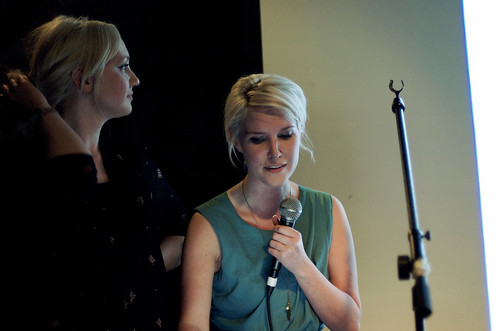 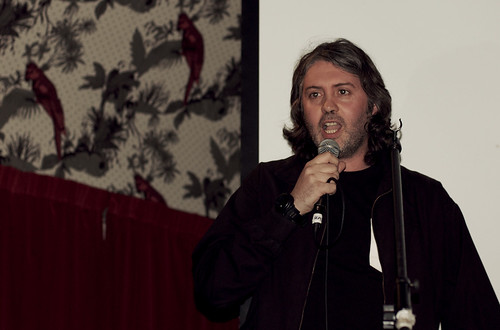 Director Chris Gaffey (above) gave us a peek at his book and film collection, but revealed that his biggest inspirations were his brutally honest brother and highly imaginative children. 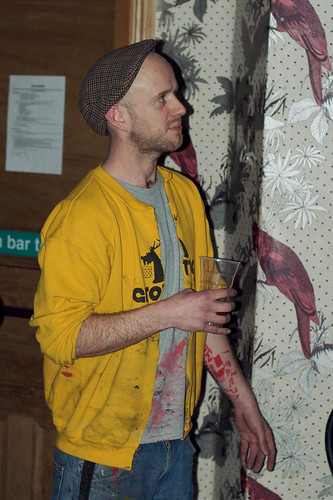 Mark Jermyn (above), of one69a.com, finished the show off in style without saying a word. He merely jumped straight back off stage and let a piece of video do all the talking. Jermyn’s Digital Romance left everyone, including host Matt Booth, amazed.

The only downside to the evening was unintentionally emptying the contents of my free pint over the GF Smith goody bag I received at the Symposium. It still couldn’t dampen my spirits though, and it’s obvious that this new format will definitely not be the last of its kind for Northern Digitals. It turned out to be the perfect end to a great day for the Manchester creative community: informative, enjoyable and above all inspiring.

Peter Griffith is an Interactive Designer at Red C. His personal blog is madebyparc.com

Eye is the world’s most beautiful and collectable graphic design journal, published quarterly for professional designers, students and anyone interested in critical, informed writing about graphic design and visual culture. It’s available from all good design bookshops and online at the Eye shop, where you can buy subscriptions, back issues and single copies of the latest issue. For an extensive (if so far incomplete), text-only archive of articles (going back to Eye no. 1 in 1990) visit eyemagazine.com. For a visual sample, see Eye before you buy on Issuu.