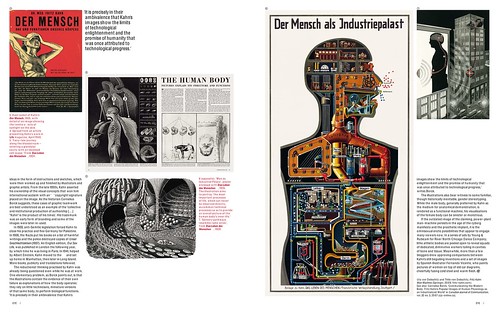 In ‘Machine head’, his Eye 75 feature article, Rick Poynor points out the fascination and contradiction of Fritz Kahn’s mechanical images of the human body. 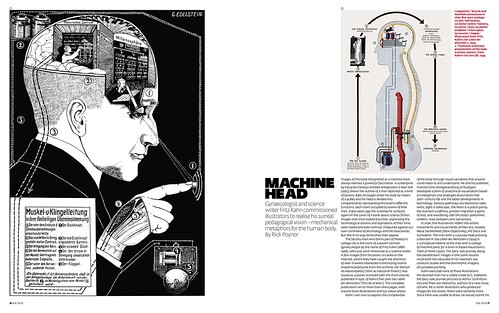 The posters and illustrations that Kahn commissioned in the 1930s were meant to explain the complex workings of the body in intuitively understandable diagrams. For Kahn, the obvious analogies for bodily processes were the latest electronic and mechanical systems, which, in his images, tend to rely on miniature human workers, or more bizarre concepts. 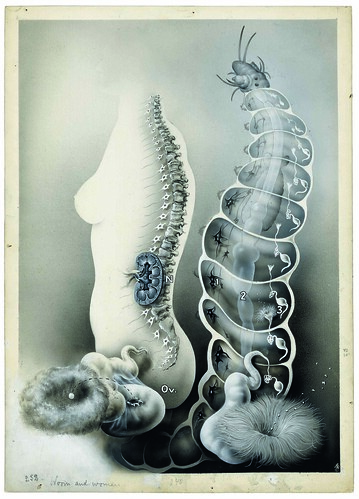 In 1933 Kahn (below) was forced to flee Germany due to anti–Semitic laws, and some of his books were destroyed. 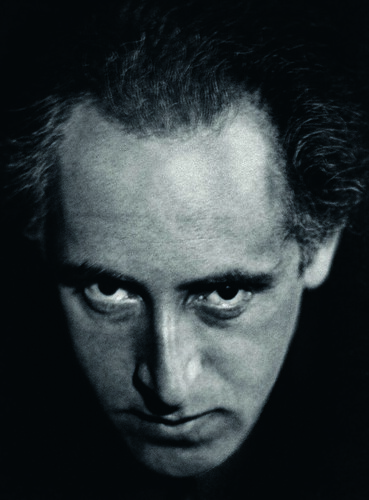 Today his works recall the limits of the technological utopias suggested by frenzied progress in the interwar period, but their unsettling attraction remains. 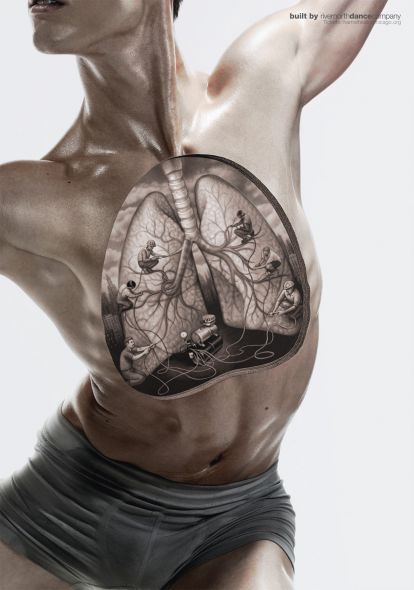 The paradigm was taken up again in a series of ads by Young & Rubicam (above). Illustrator Fernando Vicente has also explicitly located the imagery of the machine in the female body (below). 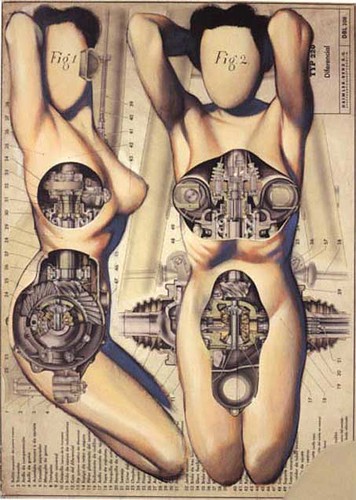 You can read Rick Poynor’s article in full in the latest printed issue of our quarterly magazine. Eye 75 is a typography special issue, which also features illustrative type and lettering, calligraphy, type on the Web, a profile of Anthony Burrill and Mark Thomson’s Reputations interview with Peter Biľak.

Eye is available from all good design bookshops and at the online Eye shop, where you can order subscriptions, single issues and classic collections of themed back issues.