Watchmen director’s cut on DVD – better than the big screen? 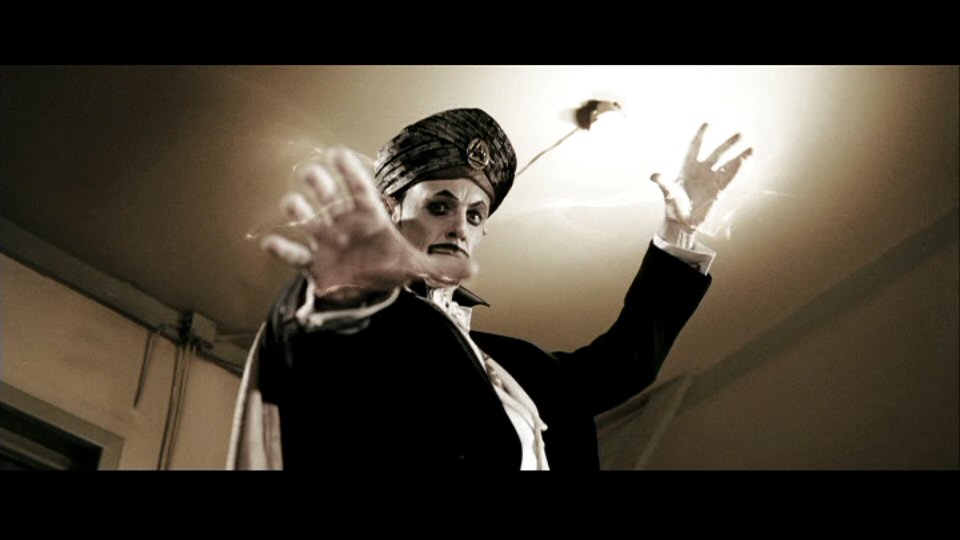 Further to my review of Zack Synder’s film of Watchmen, writes David Thompson, I thought I’d post a few words on the newly-released Director’s Cut DVD. With an extra 24 minutes of footage, the expanded version runs to just over 3 hours and offers a number of improvements on the theatrical release.

One beneficiary is the film’s least developed character, Laurie, with added scenes hinting at the cost of being the lover of the most powerful being on Earth. We see that Laurie is closely monitored on national security grounds and not entirely trusted. (If your partner can level Moscow and literally move mountains, a heated domestic tiff could have geopolitical implications.) There are also glimpses of Rorschach’s prison therapy sessions, a number of brief visual cues that help with continuity, and a restored scene showing the murder of Hollis Mason (top) with its thematic nod to the opening title montage. 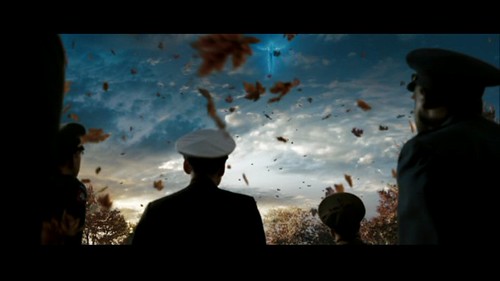 Much of the improvement, though, is in terms of pacing, rhythm and the linking of visual motifs. Some edits that in the theatrical release seemed abrupt are smoothed over and made more effective. As, for instance, when Dr Manhattan is led to believe that he is the cause of his associates’ cancer and is goaded into losing his temper. In the theatrical cut, Manhattan’s outburst is immediately followed by his arrival on Mars and a lengthy, era-spanning monologue, resulting in an awkward shift in tone. In the director’s cut, extra beats are added, following more closely the intercutting structure of the graphic novel. Besieged by accusations, Manhattan shouts in protest and teleports the entire TV studio audience and crew from the building. Now we see the impact of the accusations, with Manhattan visibly disturbed prior to his departure – standing alone, literally and symbolically. We see more of the alternative world’s Richard Nixon, too (below), suddenly faced with a missing doomsday weapon and an upset power balance. 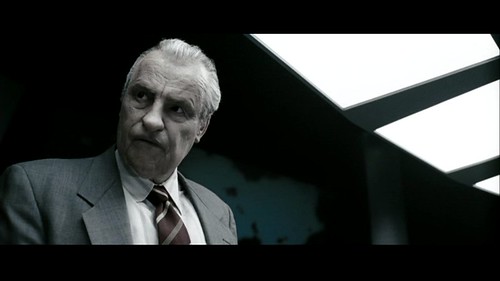 Sadly, the film’s emotional shortcomings are for the most part unimproved. With the exception of Rorschach’s prison scenes, there’s little sense of urgency or peril. Much of the book’s impact hinges on small exchanges between incidental characters – most notably the newsvendor and his customer. Without these exchanges, the characters’ final moments and what they represent are visually remarkable - like some monstrous End-of-Days rapture – but emotionally short-changed. While the additional material resolves a number of tonal and structural problems, Synder’s preoccupation with visual detail still leaves a sizeable hole where emotional engagement should be. Perhaps this blind spot is why we don’t get to see Veidt’s one moment of doubt. Having ‘won’ and ‘saved the world’, the utopian megalomaniac should face his own demons, if only for an instant. In the comic, this requires just a single poignant panel. In the film, it simply doesn’t happen. Of all the things restored by the new cut, this for me is the most important piece still missing. 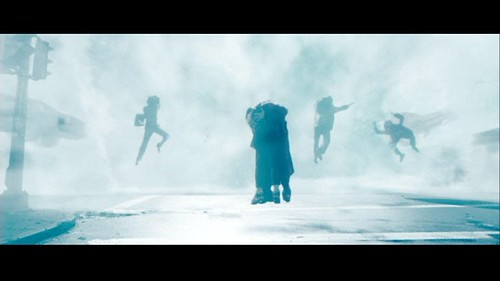 Above: the cinematic visuals are as impressive as ever, but we’re still missing the emotional power of the original comic. 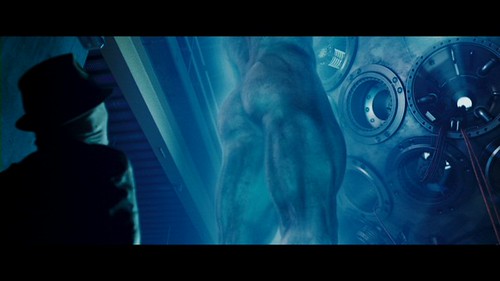 The first half hour of Watchmen – from the murder of Edward Blake through the extended credit montage and the introduction of the principal characters – is pretty much excellent. With its clever compression of ersatz history, the montage in particular earned a great deal of goodwill among fans of the source material. On second viewing the film is no less striking and surreal, as when Rorschach breaks into the lab of an enormous, luminous Dr Manhattan, whose buttocks are proudly aglow (above). The production design, by Alex McDowell (see ‘LA design school’, Eye 60), is faithful, immersive and peppered with allusion. Nixon’s war room echoes the same from Kubrick’s Dr Strangelove and Manhattan’s apartment calls to mind the hotel room at the end of the same director’s 2001: A Space Odyssey, with a half-open door serving as the monolith. 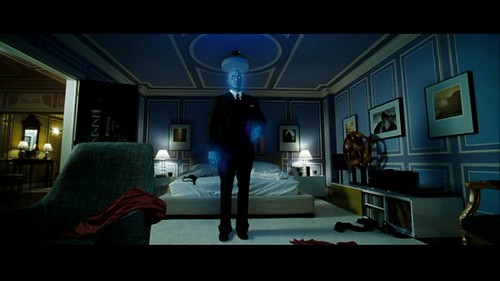 Above: Manhattan stands alone in his apartment.

However, while Snyder’s adaptation is visually engaging throughout, at times quite beautiful, its initial emotional charm slowly evaporates over the following two and a half hours. By the time Veidt delivers his ‘solution’ to the looming apocalypse, it’s surprisingly hard to care whether it succeeds or not. Maybe this emotional detachment is deliberate and intended to make some kind of point about audience expectation, much as the comic deconstructed the conventions of its own medium. But if so, it’s small compensation for not having those urges satisfied. Without the customary emotional investment and payoff, the Great Moral Quandary is reduced to an academic exercise. In part, this is due to the nature of the story itself, but told in film the emotional flatness becomes more pronounced and harder to forgive. Snyder has described his director’s cut as ‘more Watchmeny’ and ‘just a better movie’, and it is, certainly. But despite its flair and pop art ambition, this striking homage doesn’t quite have enough life of its own.

Eye is available from all good design bookshops and online at the Eye shop, http://bit.ly/Eyeshop. For a taste of the magazine, try Eye before you buy, http://bit.ly/ebyb.5