Likes and dislikes: part two of Eye’s coverage of the 2010 conference 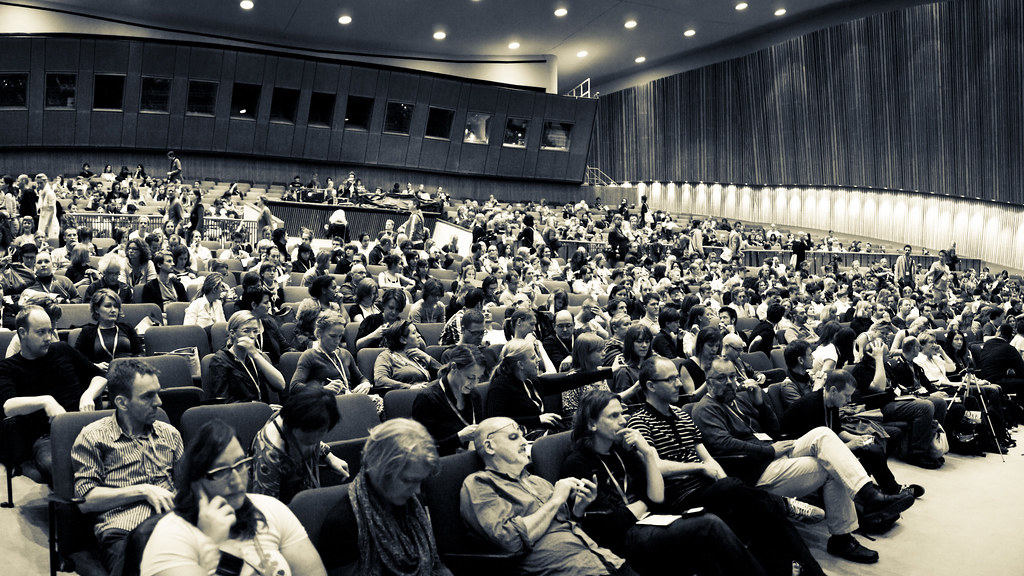 TYPO has long since evolved into a broader design conference with a rich variety of content covering a spectrum including typography, design, advertising, research and now social media, across four stages over three days. See ‘At the mercy of the Twitter critics’ on the Eye blog and the official TYPO Twitter stream, ‘#typo10’. 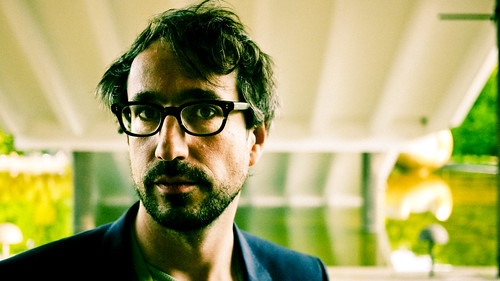 Erik Spiekermann opened the conference, keeping to theme with a presentation of ‘likes and dislikes’. Fifteen years ago, Spiekermann’s presentation would likely have included the MetaDesign reunification project for the Berlin Transit Authority, BVG, showing the first showcase U and S-Bahn stations and the composite mess of planned and arbitrary signage that existed in stations in the old East and West Berlin. In a poignant moment we now saw the reality of fifteen years of poorly coordinated implementation. Somehow the official unifying system has been usurped and replaced by sets of random signage systems, characterised with bland system fonts and all apparently part of different initiatives.

Another long-term Berlin resident, Joachim Sauter of ART+COM (see Eye 74) presented the best received portfolio show, running through a sequence of intellectually challenging and technologically mature projects. ‘Terravision’, a 1994 installation, is comparable in part to what Google has subsequently published as Google Earth. ‘Spheres and Media Façades’ is an installation concept for BMW’s Munich museum, which has been adopted by the car manufacturer’s advertising agencies to form campaigns and shape TV and print advertising. The Jew of Malta is a 1999 stage commission for an opera based on the representation of character movement and the representation of emotions in stage sets, costumes and masks through digital media. 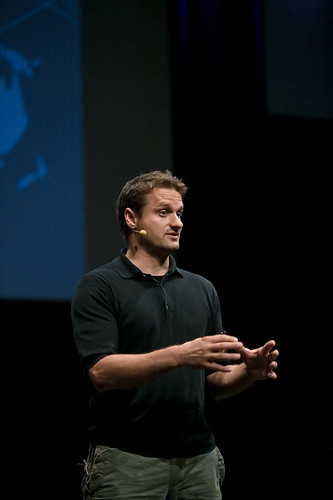 If these presentations were standard TYPO conference fare, interface designer and anthropologist, Jan Chipchase (above), provided a provocative and thought provoking contrast with a series of personal insights gleamed from the past ten years studying people, cultures and technology with Nokia. How do you understand the pressures facing people with no money? You take money from a loan-shark that has the potential to ramp at 100 per cent interest in days and experience the unpleasantness of the money lenders. 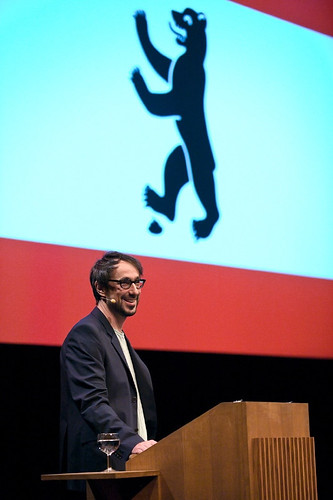 Fons Hickmann (above, see Eye 74) and David Carson had product in the foyer to sell. Hickmann’s ‘Melancholia, don't f... with me’, presentation combined art and graphic design concluding with a series of bold posters displaying ‘random’ statements on the U-Bahn. Hickmann plays with sensibilities of what is expected, proper and appropriate and enjoyed the graffiti reworking of his credit and posters as much as anything he presented. Also in the spirit of ‘ready-mades’, Carson provided a sequence of Schwitteresque slides of random found things of beauty punctuated by images of himself surfing, messing about with IM and his naked female accomplice, all of which seemed to be intended to create a stir.

A final mention for Julian Smith indicates the Conference’s desire to find relevant contemporary content for its mainly young audience. Smith is a 23-year-old YouTube self-publicist, who explained that he got into making viral films to get him to his ultimate goal of becoming a film director. His self-depreciating humor and enthusiasm was enjoyed by the audience who got into the spirit to participate in an impromptu TYPO viral (below), which after five days was logging 27,500 views.

Eye 75 is a typography special issue, featuring illustrative type and lettering, calligraphy, type on the Web, a profile of Anthony Burrill and Mark Thomson’s Reputations interview with Peter Bil’ak. You can read a selection of pages on Eye Before You Buy on Issuu. Student subscriptions are half price, bit.ly/EyeStudentOffer.