‘No excuse for an uncomfortable chair’ 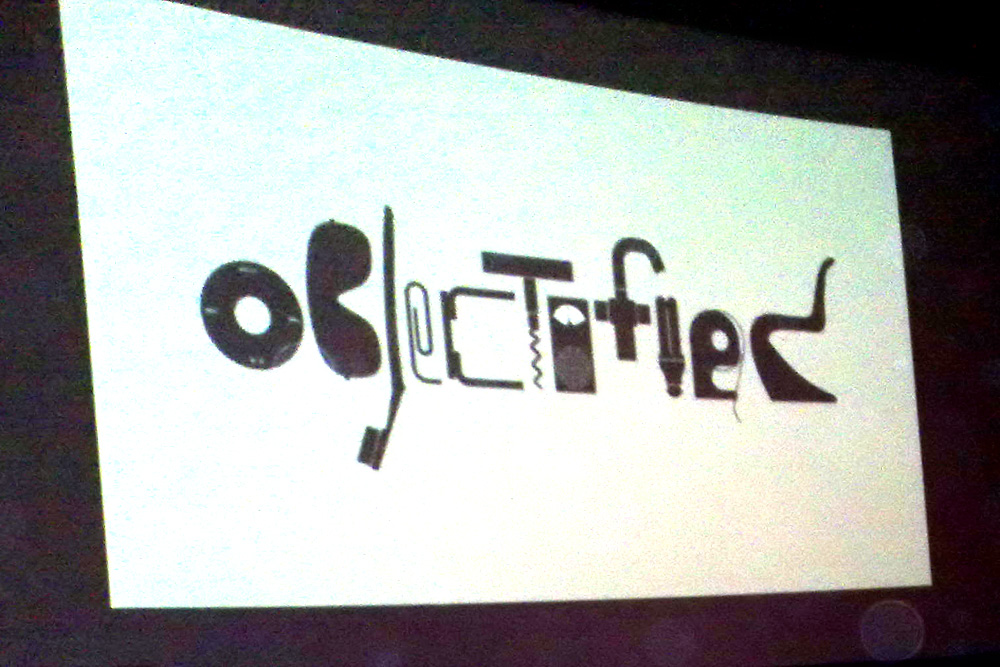 How does the work of designers affect us, asks Objectified, the latest documentary film from Helvetica director Gary Hustwit, which had its first London showing to an enthusiastic full house at the Curzon Cinema in Chelsea on 16 April 2009, writes Victoria McDougall.

As with Helvetica (reviewed in Eye no. 64) a host of illustrious designers and commentators provide intelligent and entertaining insight into their work, ethics and practice. The legendary Dieter Rams prunes a bonsai tree and reveals the essential components that make good design. Prompted by an opening scene showing a factory line of plastic chairs, Karim Rashid, wearing metallic-pink-rimmed sunglasses and wardrobe in perfect sync with his office, says there is no excuse for an uncomfortable chair.

Design writer Alice Rawsthorn talks of a new tension that has emerged within design: the tangible features once intrinsic to product design have been annihilated by the microchip.

Andrew Blauvelt (of the Walker Art Center, see ‘Unfurling artwords’, Eye 59) reveals the design secrets of the Japanese toothpick. The folks at Smart Design point out that product design is not just about looking to the future, it is about imperceptible improvements to something that exists already. Dan Formosa demonstrates this with a vegetable peeler with a handle – inspired by a bike handle-grip – that is designed to aid people with arthritis but will be bought by many others. When it comes to product design, he says, you need to understand extremes and the middle will sort itself out.

Addressing sustainability, industrial designer Marc Newson says his philosophy is fundamentally non-disposable. Products must stand the test of time. At the same time, he says, design is all about the future: people change their phones five times in three years.

Ikea and the US discount chain Target flash up on screen as Rob Walker, of The New York Times Magazine, discusses democratic design. ‘More stuff is made for more people to buy. We tend to want new things – it’s the name of the game,’ he says. Not that he signs up to this: let’s celebrate the things we love and already own, he advocates.

Other frustrations are apparent, too. Rams despairs at the arbitrariness and thoughtlessness he finds in much product design today.

For Apple’s Jonathan Ive it’s all about how you connect with a product. He stresses the need for continuous experimentation: Why is something like this and not like this? The end result should be calm and considered – and not too conspicuous. Picking up separate components – the display, the keyboard frame – of the Apple MacBook Air, he asks how much can a single part do?

At the after-show Q&A, Ive bemoaned the fact that many designers are too disconnected from the object, resulting in a lousy job – and revealed that he may never come back to the UK. Newson criticised the use of focus groups for product development calling them ‘ridiculous’. And Gary Hustwit promised another film (subject yet undisclosed) to complete what is shaping up to be a fine trilogy.