Not in their elements 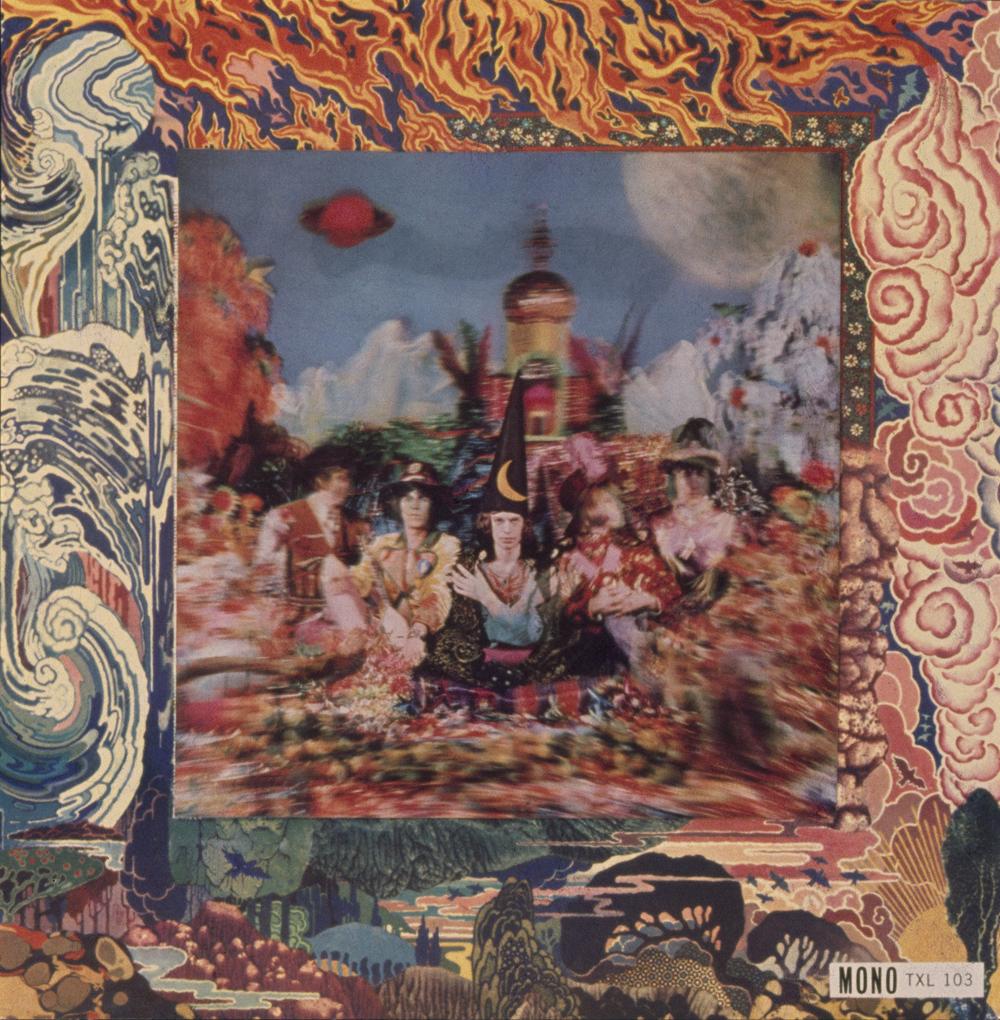 I briefly met two Rolling Stones in 1967, writes Tony Meeuwissen, thanks to Al Vandenberg, the American master photographer (then an innovative art director) and my only genuine art teacher.

He taught me not to do things as others did, but to approach every new venture with fresh eyes, without preconceptions of how things had been done before.

Al came to England in 1965 and quickly became part of the London scene. He got to know the photographer Michael Cooper, who was to mastermind and photograph the album sleeve for the Beatles’ Sgt. Pepper's Lonely Hearts Club Band. According to Al, it was Michael who turned the Beatles on to Magritte and eastern philosophy.

After Sgt. Pepper, Michael was asked to do the cover for the next Rolling Stones album, Their Satanic Majesties Request. I was invited to his studio in Flood Street where he showed me the 3D photograph he had taken of the Stones – it was so brilliantly kitsch – and asked me to design a border to go round his picture. I think that was the day I was introduced to Keith Richards, in the Chelsea Potter. Keith looked very on edge, and I didn’t feel very comfortable either. On another occasion I met Brian Jones in the Flood Street studio. He was quiet and withdrawn, studying Michael’s art books.

I spent a long weekend painting a border of the four elements, Earth, Water, Air and Fire (above). I couldn’t think of anything else. Michael did use it, but put it on the back cover (below). 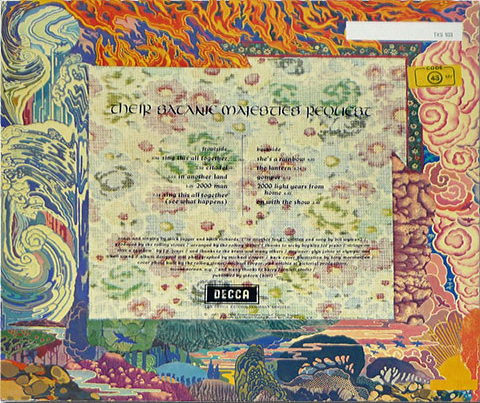 For the front (bottom), he used fluffy white clouds on a blue background around his 3D image.

I never got a penny for the work (Peter Blake was lucky to get £200 for his contribution to Sgt. Pepper), and because I later grew to dislike what I had done, I gradually forgot about it. However, as I now look back on more than 50 years in graphic design and illustration, I am not displeased to recall a time in my life when I met two members of ‘the greatest rock’n’roll band in the world’. 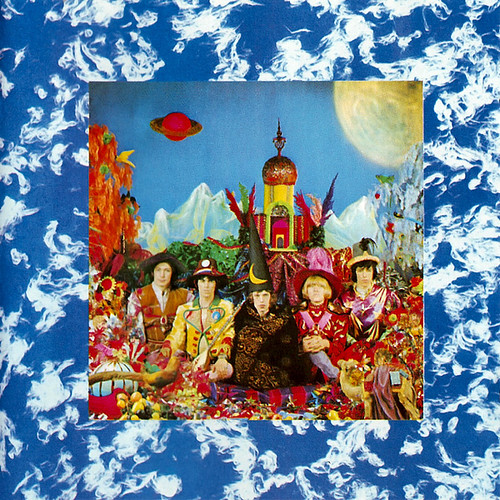 Tony Meeuwissen: Retrospective is at the Museum in the Park, Stroud (www.museuminthepark.org.uk), 4-31 October 2009. A smaller version of the exhibition will be at the Subscription Rooms, Stroud, 7-19 December.

Thanks to Steve Hare.