Foil wireframe shows the skeleton beneath the digital skin 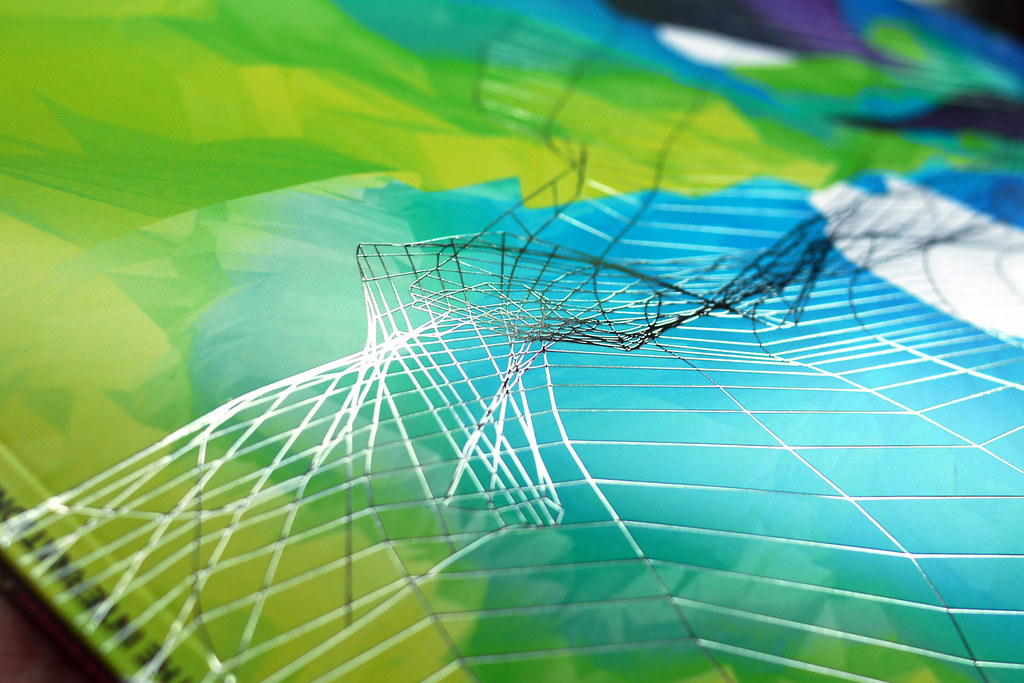 The cover of Eye 80 features a detail of one of the 10,000 generative illustrations that designers Field created for the digital papers swatch art directed by SEA for paper merchant GF Smith, writes Eye art director Simon Esterson (see ‘10,000 one offs’).

In addition to focusing on one of the final images, Eye art editor Jay Prynne wanted to incorporate an example of one of the linework wireframes that Field produced during the process, after the ‘viewpoint’ had been selected, but before it was coloured in.

Printing the wireframe in a special colour was an option, but its linework was very fine in places and might have merged into the complex main image. So we decided to add the wireframe to the cover by foiling, a separate printing process that has to be done after the cover has been litho printed and silk laminated. 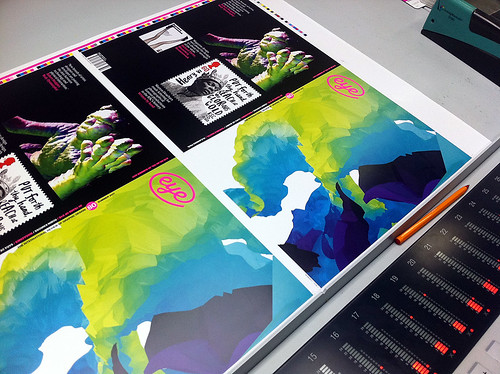 Above: Eye 80 cover on press at Pureprint prior to foil blocking. 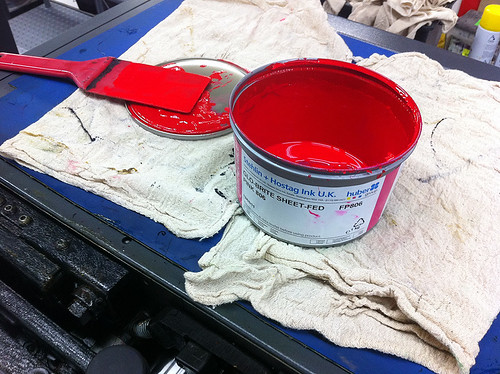 The team at Pureprint co-ordinated the work with specialist foiler Frip Finishing. The covers were printed in five colours (normal CMYK plus Pantone 806 for the Eye logo). After lamination, but still untrimmed and arranged ‘two-up’, the cover sheets were delivered to Frip’s factory in Croydon.

Foiling uses heat and pressure to transfer a design from a raised die, similar to a letterpress line block. Rather than using liquid ink, the die presses on to a roll of foil and in the image area the metal or pigment on the foil is transferred to the substrate (in this case the laminated surface of the cover). It is mostly used to obtain mirror-like metallic surfaces, but foils also come in matt colours and with decorative effects. 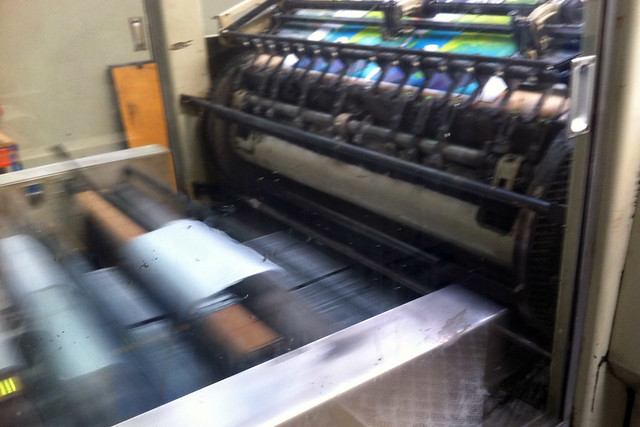 Above: Cover running on the cylinder foiling press at Frip.

Below: With the ribbon of foil to one side, the die can be seen on the bed of the press. 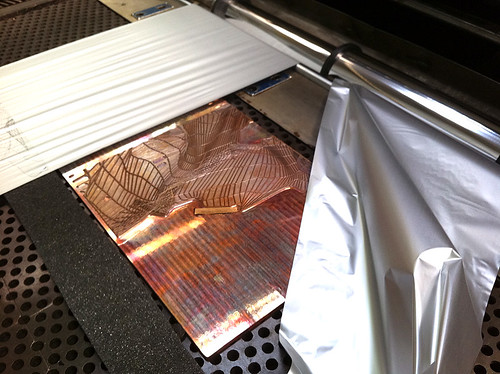 For the Eye cover Frip made a brass die (above) to retain the fine detail of the artwork file. We chose a very reflective silver foil to give the wireframe lines maximum visibility on top of the laminate.

After foiling the covers were returned to Pureprint for trimming and binding together with the inner pages to produce the finished magazine. 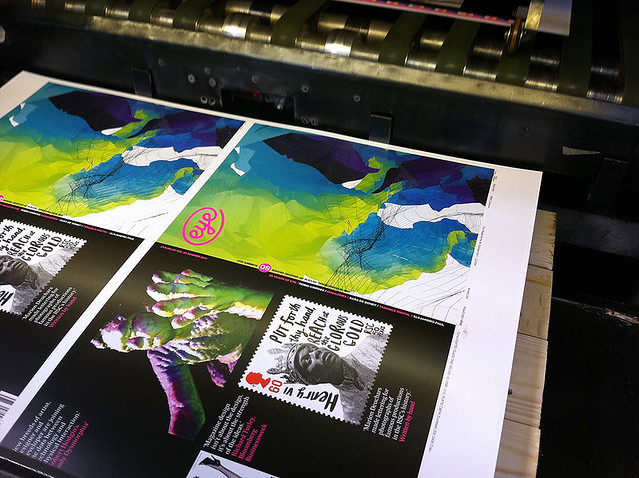 Above: Finished foiled cover on the delivery pile of the press.

Below: the bound magazine. 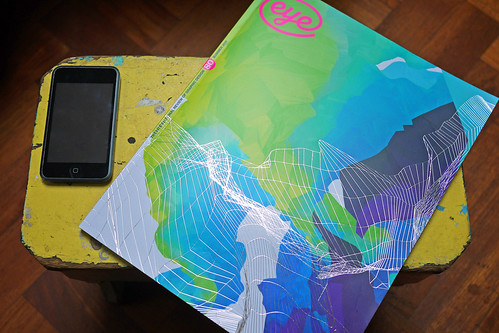 Eye is the world’s most beautiful and collectable graphic design journal, published quarterly for professional designers, students and anyone interested in critical, informed writing about graphic design and visual culture. It’s available from all good design bookshops and online at the Eye shop. For a taste of Eye 80, Summer 2011, now on its way to subscribers and bookshops worldwide, see Eye before you buy on Issuu.