An exhibition of Ambit magazine covers at Hornsey in London 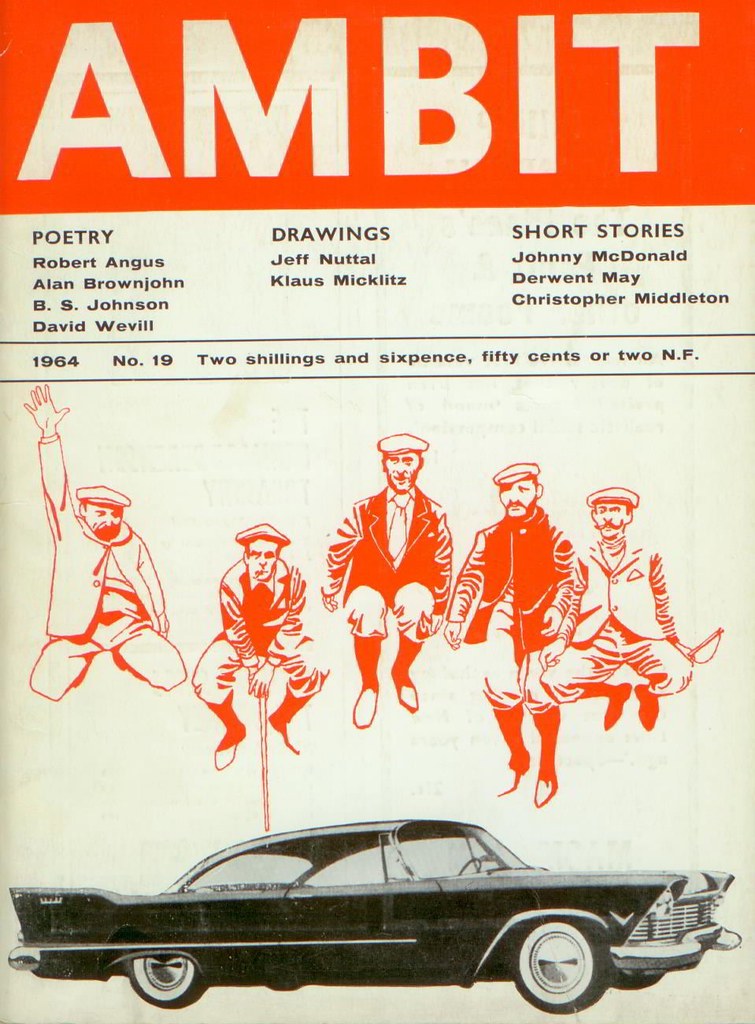 Our first cover was drawn by Andie Ferguson, an Australian artist who had come to the UK on a scholarship, writes Ambit founder and editor Martin Bax. He’d shown us a draft, which we’d all liked. But when I went round to get the artwork, eager to print the issue, he told me it had only been a rough idea and had since thrown it away.

Fortunately he was able to redraw it from memory and his design appeared on the opening two issues. For Ambit 3 he capitalised the lettering, which he then refined on Ambit 4. We have returned to the lettering used on that masthead frequently and used it on our double-sized 200th issue earlier this year. 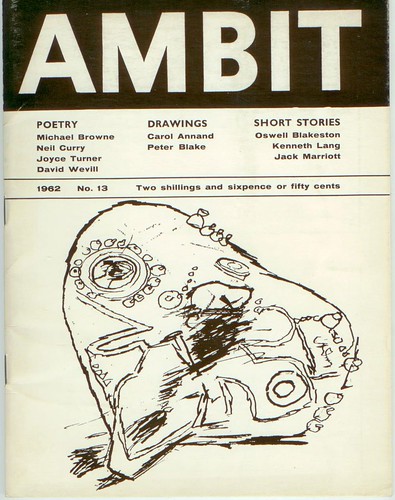 Apart from the odd sketch of a writer, abstract images were used on Ambit’s early covers. That all changed with the arrival of Michael Foreman, who became our art editor in 1962 – a position he holds to this day. It was Foreman who began sourcing original artwork for the magazine’s covers, so that Ambit 13 had a drawing by Peter Blake on the front (above) and 14 one by David Hockney (below). 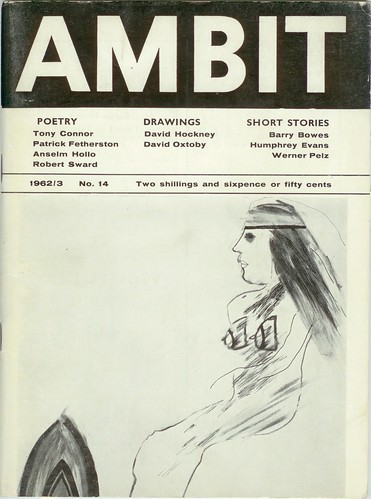 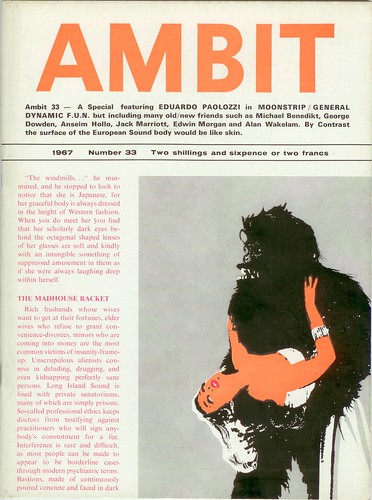 Above: Ambit 33, cover artwork by Eduardo Paolozzi. See ‘In the pink’ on the Eye blog.

The next major changes were to do with the size of the whole magazine. Ambit’s dimensions had been dictated by the size of the machine used by our first printer. Having left them, we were able experiment with the format. Ambit 24 was the first number at our present size, a space which has always allowed us to display full and varying images, which Michael Foreman has consistently explored.

For Ambit 32 we produced a one-off newspaper-size number. In those days, Michael and I would ‘arrange’ the pictures on the cover, shifting them into place until we had everything just right. On Ambit 65, Derek Birdsall stepped in to give us a complete redesign – and Ambit acquired a ‘designer’. 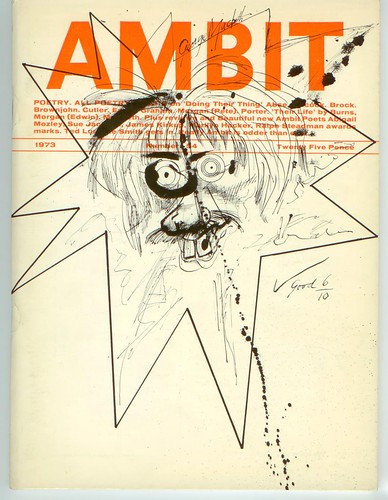 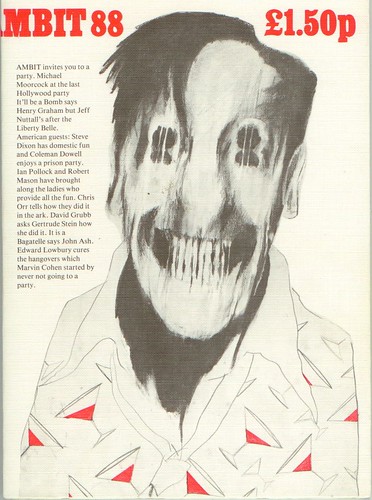 The magazine became square-backed and Derek introduced the now familiar wrap-around cover. I then took whatever cover material had been selected by him, and he supervised its presentation. After some years he passed this job on to our present designer John Morgan (who had previously worked for Derek Birdsall at Omnific), who continues to keep Ambit looking fantastically timely but timeless after all these years.

This text is an edited extract from Martin Bax's introduction to the forthcoming exhibition at The Original Gallery. 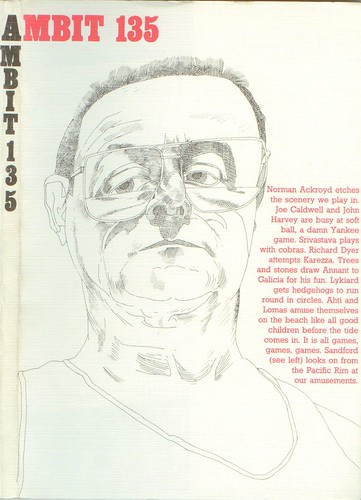 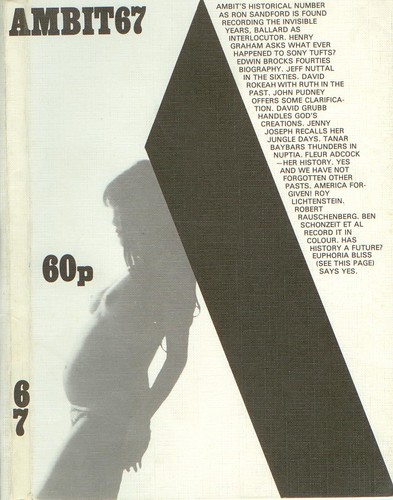