From stamps to portraiture: the images of a Royal subject 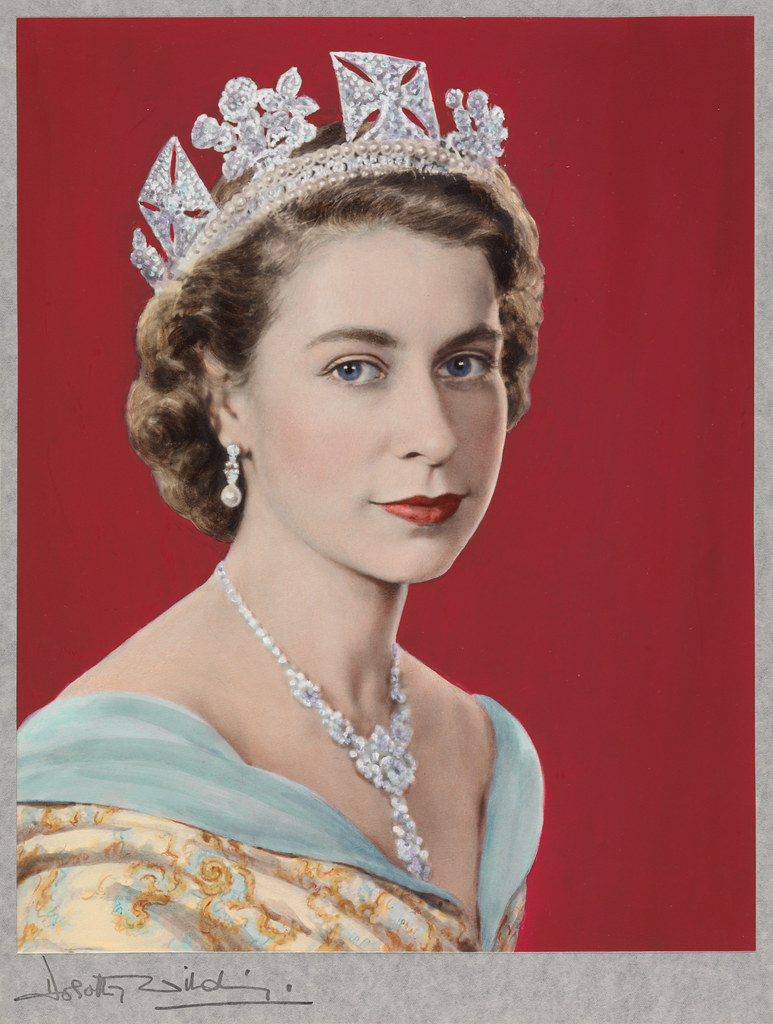 After a short-lived period of panic and confusion earlier this year, it was announced that – whatever fate befalls Britain’s troubled postal service – the Queen’s head will remain on postage stamps, writes John Ridpath.

Whatever one might feel about constitutional monarchy and Post Office privatisation, the ruling concerns a deeply significant artefact of visual history: having appeared on billions of postage stamps since the late 1960s, John Hedgecoe’s 1967 profile portrait of Queen Elizabeth is one of the most reproduced images in the world (below). 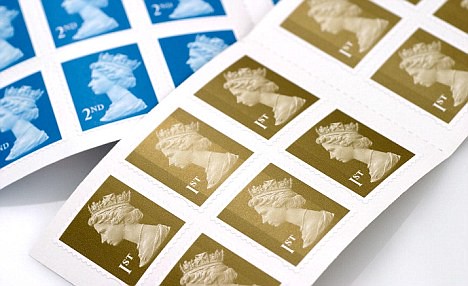 This isn’t the first time that it’s nearly been off with the Queen’s head. When Winston Churchill died, David Gentleman was charged with designing a commemorative stamp (see our ‘Reputations’ interview with Gentleman in Eye 78). His original version (below, left) omitted Elizabeth II entirely. However the Stamp Advisory Committee insisted on retaining her portrait (not yet Hedgecoe’s version), and adding a white line to symbolise the separation between royal and commoner (below, right). 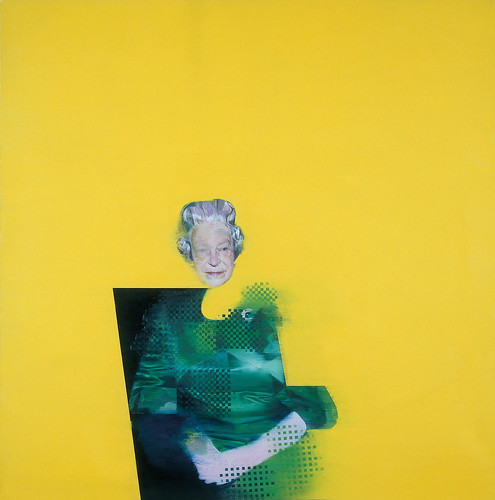 Over the years, Her Majesty has been subject to all kinds of portraiture, from Justin Mortimer’s disembodied head on a yellow background (1998, above) to Chris Levine’s remarkable photograph of the Queen with her eyes closed, ‘Lightness of Being’ (2007, below; see ‘I’ve seen that face before’ for Levine’s Grace Jones exhibition). To celebrate the Diamond Jubilee, The National Portrait Gallery is organising ‘The Queen: Art and Image’, a touring exhibition to celebrate the most remarkable and resonant images of her 60-year reign. Alongside official portraits of the Queen, the exhibition brings together unofficial portraits by artists such as Gilbert and George, Andy Warhol and Gerhard Richter – far rarer sights than Hedgecoe’s ubiquitous Royal image. 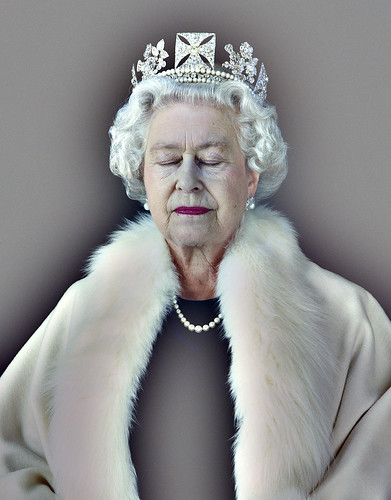 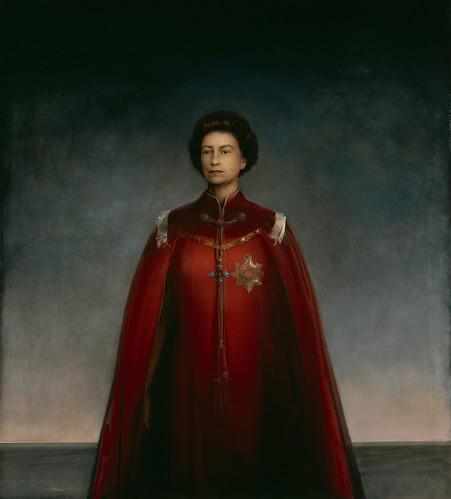 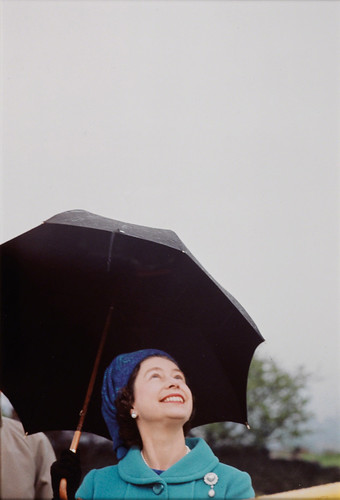 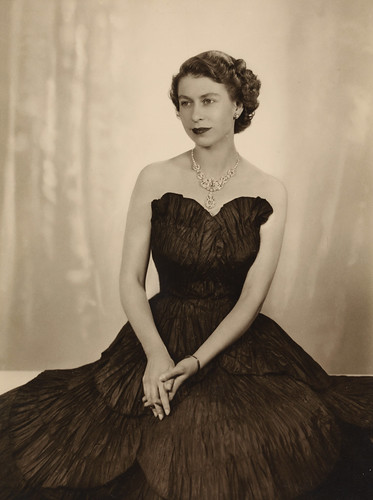 And we shouldn’t forget Nick Bell’s regal cover design (below) for Eye 44. 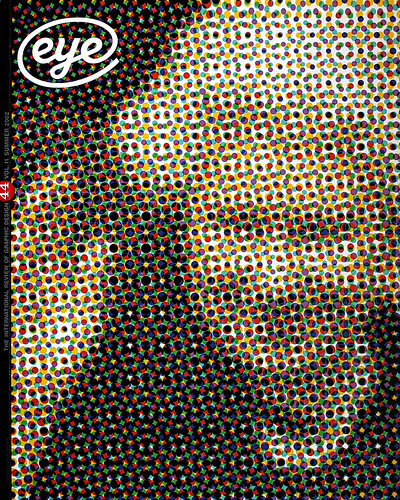